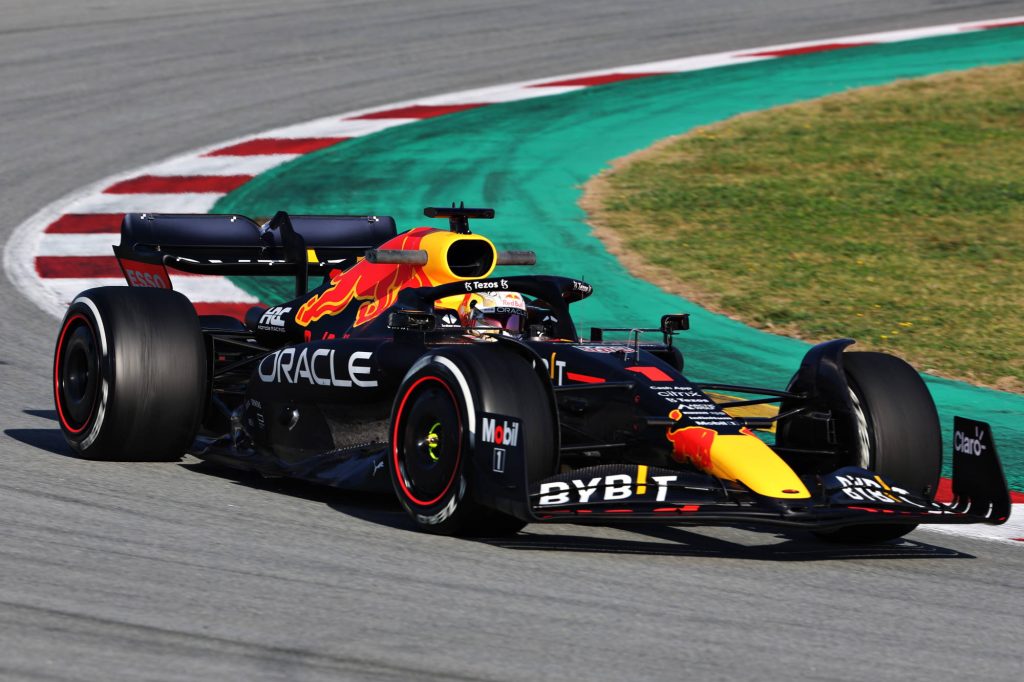 Max Verstappen and Red Bull have come to the Spanish Grand Prix on high ground, winning two back-to-back races in Miami and Imola. However, the racing team had a below-par day during FP1 and FP2 as Max Verstappen struggled to stay ahead of Ferrari’s Charles Leclerc. The Dutchman finished third in FP1 and then fifth during the second FP2. Red Bull’s below-par performance has been a bit surprising for everyone as they have clearly been the fastest across the circuit this season.

After a tough run on Friday, Verstappen revealed that Red Bull has plenty of things to figure out in order to stay ahead of Ferrari in qualifying. Red Bull will also have to watch out for Mercedes, who showed some promising effort on Friday in Catalonia. Charles Leclerc finished in the top positions during FP1 and FP2, and Verstappen found it hard to catch up to him. Therefore, Verstappen had a practical assessment of the RB18 after the second Friday practice. The reigning world champ mentioned that the high temperatures in Spain would be Red Bull’s biggest challenge during the weekend.

Could Searing Heat Stop Verstappen From Winning His Third Race In A Row?

Max Verstappen has led Red Bull in close range of the frontrunners, Ferrari after top finished in the last two races. The Dutchman would look to win the Spanish Grand Prix to settle Charles Leclerc’s 19 points lead in the drivers’ championship. Moreover, a win in Spain would get Red Bull would get them on top of the constructors’ standings. Ferrari has a six-point lead currently.

Talking about Red Bull’s struggles on Friday, Max said that it was tricky for him to find the balance, and the heat played a part too. The Dutchman stated that Red Bull has a lot of work to do over lap. He felt that the long runs looked quite decent and were happy with the car’s performance in that area. Moreover, Verstappen explained that the team was trying to find the middle way.

Further, the 24-year-old added that the high temperatures were tough on tires. Max said that Red Bull is yet to find the balance in tyres. However, he was hopeful that the team could work to find a solution with the temperatures remaining consistent.

Meanwhile, Mercedes finished P2 and P3 during FP2. It was a bright sign for the Silver Arrows that they might have a chance of competing with the frontrunners in Catalonia. Verstappen was asked if Red Bull needed to watch out for their last year’s rivals Mercedes. The reigning world champ replied, “I mean, I have got my sheet, so I can see where we are. That is why I also said e have to look a bit at the one-lap pace.”

Meanwhile, Red Bull ran junior driver Juri Vips during the FP1 replacing Sergio Perez, who was not supposed to be in action on Friday. However, the Mexican driver returned during FP2 after the 21-year-old finished last during the first practice. Perez had a tough run too during FP2 and finished seventh behind two-time world champ Fernando Alonso. The Red Bull driver also stated that searing heat was the reason behind Red Bull’s difficulties on Friday. Perez said, “Everything comes really fast. You know, getting up to speed, the tyre degrading straight away, so you basically have two laps.”

The Mexican racer explained that the tyres do not stay new for long on the Catalonia track. And drivers have only one lap to get a read on balance. They need to get to the top pace during the second run as the peak grip does not stay more than two laps. However, Sergio was hopeful that Red Bull would get over the difficulties. Moreover, he would find the time he needed to stay in contention for the qualifying on Saturday.