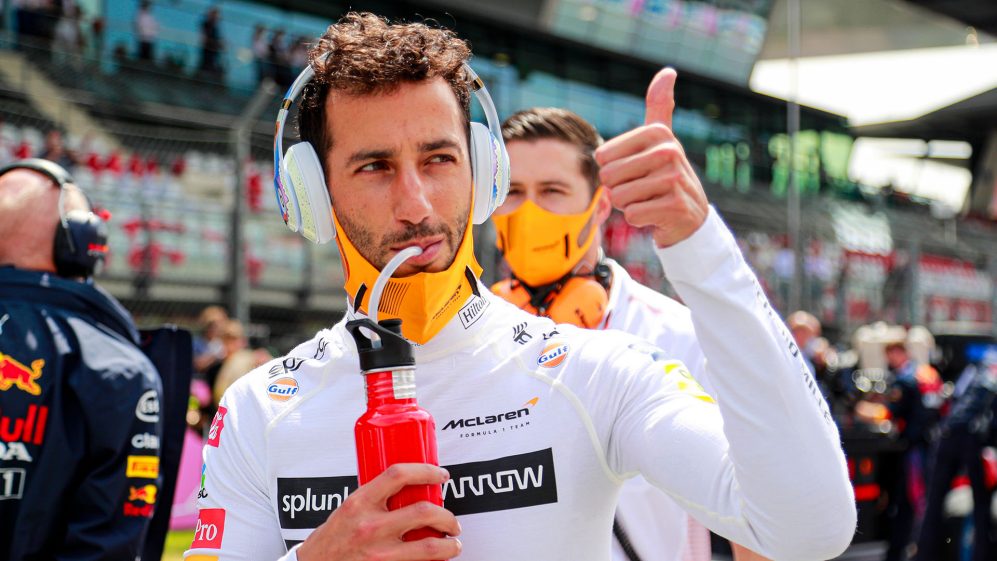 The upcoming race in Barcelona would be a special one for McLaren’s Driver Daniel Ricciardo. The 32-year-old will contest the 216th race of his F1 career. He will surpass Mark Webber’s record of most Grand Prix appearances by an Australian driver. Thus, Ricciardo is set to become the Australian driver with most race starts in F1, replacing Webber. Moreover, Markretires debuted in 2013 and has won nine races in his career. However, Daniel has won eight races so far, with the latest coming last year in Monza.

Evidently, Ricciardo has struggled to perform during his second season with McLaren. He has secured points only in one race out of the five so far. His best performance this season has been a sixth-place finish during the Australian Grand Prix. There have been speculations that McLaren might replace Ricciardo in the next season if his form continues to dip. The Australian driver has a contract with the racing team until the end of 2023. But, the recruitment of IndyCar master Colton Herta in a development contract has threatened Daniel’s position in McLaren.

The racing team’s CEO said that they would not rush to decide Ricciardo’s future. But the talks will begin to fuel up as the year’s end nears. However, it all depends on Daniel’s performance during the remaining raises of the season. If the Australian manages to stay consistent, he might be able to stop the 22-year-old Herta from replacing him. Moreover, Ricciardo finished 13th during the Miami Grand Prix, and now F1 will move to Spain for the sixth race of the season.

Daniel Ricciardo Hopeful About His Performance In Spain

Daniel Ricciardo recently shared his plans for the weekend in Barcelona. The Australian driver said that Mclaren needs to keep a positive mindset and apply the crucial learnings from the last weekend’s race. Moreover, Daniel shared that the race in Spain was good for him last year, and he would look to get out on the track in the new regulation car. The 32-year-old hopes to really get the most out of his MCL36.

Meanwhile, Ricciardo revealed that McLaren had tested their new car in Spain back in February. Hence, the team has more idea of what to expect from the track under new rules than other race venues so far. The McLaren driver thinks that it would be good to find the areas of improvement and test the upgrades they are planning to bring during the weekend in Barcelona. Further, Daniel acknowledged that McLaren has consistently fought for the top 10 since Bahrain. In addition, the Australian said, “So it will be great to get back on track and keep at it. We’ll keep pushing and keep coming back stronger.”

McLaren Brininging Some New Upgrades During The Barcelona Weekend

McLaren’s team principal shared that the team will introduce some upgrades to the car in Barcelona. They hope that the tweaks will help Ricciardo and Lando Norris get to the top positions on the grid. Seidl explained that Spain is an all-rounder track with a mixture of high and low-speed corners along with some technically tough areas. The team principal pointed out that McLaren has been good in Barcelona with some solid results over the last few seasons and scored some crucial points. The team will look to continue the same during the upcoming weekend’s race.

Further, Andreas disclosed that the racing team would bring some upgrades to the MCL 36 this weekend. Seidl told that it would be a very busy weekend, and many teams would make crucial changes ahead of the race in Barcelona. Hence, the McLaren boss feels that Spain would witness a tight fight for points. Andreas pointed out that the team did well during the pre-season testing. And it would be interesting to see how the MCL36 performs with the new upgrades. In addition, Seidl said, “Hopefully we can have good battles and get both cars into the fight for good points.”

The Spanish Grand Prix is scheduled on Sunday evening at 11:00 p.m. EST at the Circuit de Barcelona-Catalunya.