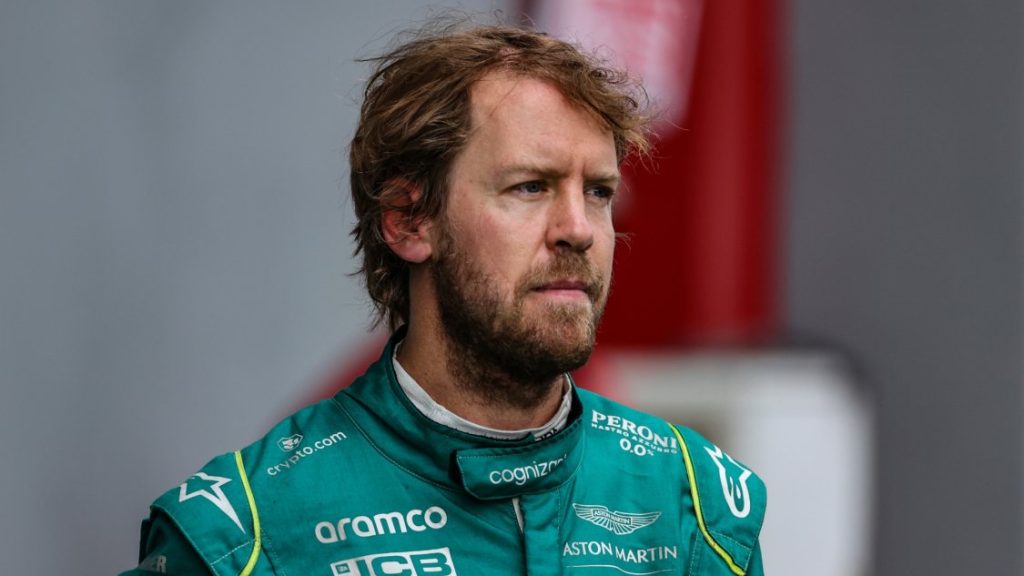 Sebastian Vettel is a professional Formula 1 racer from Germany. He is regarded to be among the greatest contemporary professional racers. Vettel, who started his career in 2003, is still going on strong in Formula 1. If you are an avid Formula 1 fandom, you must be aware that the racer has accomplished various feats in his career. So let’s take a look at Sebastian Vettel’s career records and achievements.

Formula One driver Sebastian Vettel was born on 3 July 1987 in the city of Heppenheim, Germany. Regarding his family history, not much is known. But we do know that Heike and Norbert Vettel are his parents. He also has a younger brother, Fabian, a race driver, and two elder sisters, Melanie and Stefanie.

At the age of 4, Sebastian Vettel began amateur karting, and at eight years, he started competing in the kart series. He was chosen for the Red Bull Junior Team at the age of eleven. In 2001, he won the Junior Monaco Kart Cup, among other junior championships. He finished high school at the Starkenburg Gymnasium in Heppenheim. Sebastian was not a particularly bright student when he was younger. He started racing professionally after finishing school.

Sebastian began racing when he was just three and a half years old. He had an advantage over his contemporaries by the age of 10. Sebastian was accepted into the Red Bull youth squad at 11. He stayed with Red Bull for the following six years and won 18 out of 20 championships. For a guy in his adolescent years, this was a noteworthy accomplishment. He was only 18 years old then, but his extraordinary driving abilities have dazzled the globe.

Sebastian Vettel’s professional racing career started in 2003, and in 2004 he won the German Formula BMW Championship with 18 victories from 20 races. He finished sixth in the Formula 3 Euro Series in 2005, taking home the top rookie award. Vettel joined BMW Sauber in 2006 after making the switch to professional Formula One driving. He did, however, only have a one-year contract with BMW Sauber.

He participated in the 2006 Grand Prix as the Formula One driver, who was the youngest.Also, He recorded the top time in Friday practice during the second of two testing sessions for the 2006 Italian Grand Prix. Vettel finished first place at the Nürburgring in the Formula Renault 3.5 Series in 2007. Even though he was in the championship lead, he received a permanent call-up to Formula One. He took part in the US Grand Prix, earned a point for the World Championship, and set a record for the youngest driver in Formula One history.

Meanwhile, He competed in sixth place at the European Grand Prix in 2008. He won the Formula One Grand Prix in Italy, becoming the sport’s youngest champion in history. Fernando Alonso’s previous record was broken by him. He became the youngest Formula One world champion in history in 2010 after winning the season finale in Abu Dhabi, his sixth victory overall. In contrast, he finished first in the pole position 15 times in 2011 and won 11 of the 19 Grands Prix.

He was the quickest to be a triple champion in Formula One history when he won the 2012 Drivers’ Championship, making him only the third driver to win three straight championships. With 13 victories, he tied Michael Schumacher’s single-season record and picked up his first victory of the 2013 season in Malaysia. He terminated his agreement with Red Bull in 2015 and joined Ferrari, winning three Grand Prix races in his inaugural year. Vettel concluded the 2018 season with five race victories, while Hamilton took home the World Drivers’ Championship for the second year in a row. His relationship with Ferrari most recently ended at the conclusion of the 2020 racing season. He joined Aston Martin in 2021, taking the place of Mexican racer Sergio Pérez.

German racer Sebastian has had one of the most phenomenal careers in professional racing. In terms of accolades, he received the “Silver Laurel Leaf Award,” one of Germany’s highest prizes. Additionally, he has three DHL Fastest Lap Awards to his name. Meanwhile, At the annual Autosport Awards in 2008, Sebastian Vettel was recognized as Rookie of the Year.

He received the Lorenzo Bandini Trophy in 2009 in recognition of his accomplishments. He won the German Sports Personality of the Year award the following year. For his “Double successive F1 World Champion at the age of twenty-four – winner of eleven Grands Prix out of nineteen,” Sebastian received the Grands Prix de l’Academie des Sports 2011 in 2012.

In recognition of his several world championship victories, he received Germany’s highest sports accolade, the Silberne Lorbeerblatt-Silver Laurel Leaf, the same year. In the years 2009 and 2013, he received the F1 driver of the year award. Sebastian received the DHL Fastest Lap Award in 2009, 2012, and 2013. Vettel received the “Pap” award for European Sportsperson of the Year in 2012 and 2013. He received the 2014 Laureus World Sports Award’s Sportsman of the Year honor.