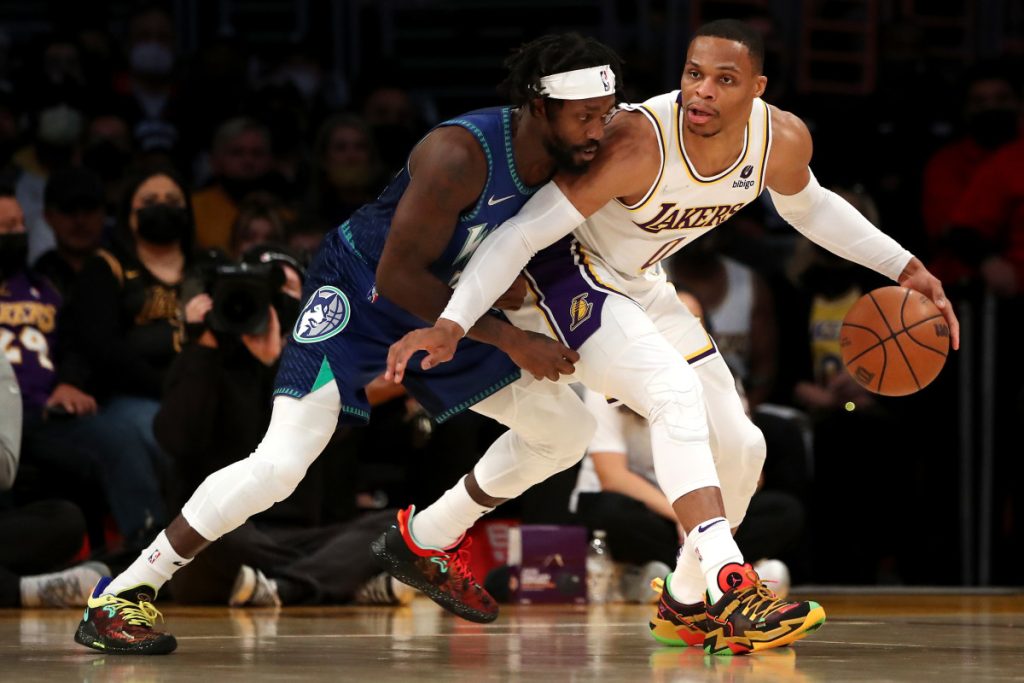 The 21-22 NBA season was a forgetful one for the purple and gold side. And now, the Lakers are planning to stage a strong comeback this year. Therefore, the Lakers’ training camp this season is going on in full swing ahead of the start of the season. In a training session, point guard Russell Westbrook came out on top of LeBron James and Anthony Davis. And after defeating Davis, Westbrook mocked AD’s lack of form.

Lakers point guard Russell Westbrook is not known for his ability to shoot three-pointers. However, it certainly didn’t stop him from defeating two of the Lakers’ most talented players, LeBron James and Anthony Davis, during a practice session of the Lakers.

Both LeBron James and Anthony Davis have some shooting ability. So, Russell defeating other Lakers All-Stars in a 3-point shootout isn’t really a noteworthy achievement, though, as they are both generally subpar 3-point shooters. Despite this, Westbrook will take every victory he can get, especially when it comes to dropping long bombs. He’ll need all the self-assurance he can muster throughout the offseason to make him feel more comfortable shooting it from behind the arc.

Only 29.8% of Westbrook’s 3-point tries were successful the previous year. Before the NBA season in 2021–2022, Westbrook has already shot under 30 percent from outside the arc a total of seven times. But his performance in practice may be a good sign for the Lakers going into the upcoming 2022 Season.

Adding to the Lakers’ problems last year, there were reports of a possible rift between point guard Russell Westbrook and former coach Frank Vogel. For a large portion of the season, the two sides resisted one another, sometimes in secret and sometimes in public, and they never gelled. With Westbrook’s postgame news conference, when he criticized Vogel for how the coach had used Westbrook throughout the season, the feud appeared to have reached a boiling point.

Therefore, many people started to believe that Westbrook was not an easy player to work with as a coach. However, former Lakers assistant coach Mike Penberthy has denied these claims. During an interview with The Ringer, Mike talked about his experience working with the point guard. He said that Russell Westbrook as a player is “very coachable”. Mike added, “He’d come into practice, and he would be frustrated with how he was playing.” Furthermore, Westbrook does appear coachable based on Darvin Ham’s early statements this season. However, compared to March, everything seems better in September.