Red Bull’s F1 Upgrade Snuck Under The Radar At The British Grand Prix! 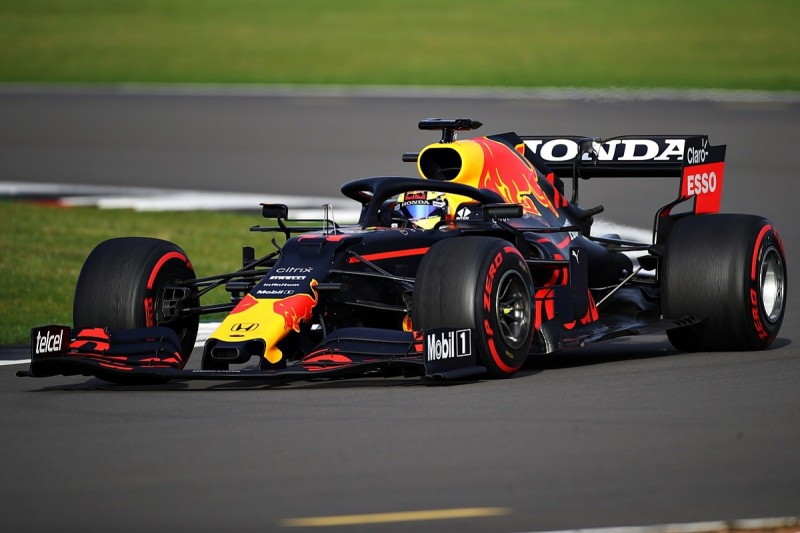 Ferrari was back on top during the British Weekend in Silverstone after Carlos Sainz Jr. clinched his first F1 win during his 150th start. Moreover, Red Bull’s Sergio Perez finished P2, followed by Mercedes’ Lewis Hamilton in P3. Meanwhile, Checo’s teammate Max Verstappen had to settle with a P7 finish due to an issue with his RB18 which hampered the Dutchman’s performance.

Amid all the drama that transpired on Sunday, Red Bull snuck up a new upgrade that went unnoticed during the weekend. The Austrian outfit introduced a new engine cover bodywork, including a shelf above the sidepods. But, there was another slight adjustment in the RB18’s floor, which has now been recognized after Sunday’s race.

The new design was not included in the FIA’s pre-event notification of modifications. Red Bull did not report the modification as the racing team did not manufacture an entirely new assembly. It took advantage of the patchwork quilt-like floor designs that have been seen by the team this year. Thus, the teams can exchange floor sections with one another by informing the sport’s governing body. Verstappen initially tested the floor upgrade on Friday while Perez ran with the previous version. The strategy allowed Red Bull to gather back-to-back data on upgrades before being introduced in both cars during the race.

The practice sessions allow teams to check the correlation between the simulation tool and the real-world environment before committing to a particular upgrade for the racing weekend. This upgrade was to counter Ferrari’s ice skate solution, which the Italian outfit introduced earlier in 2022. The ice skate comprises the edge wing on the car’s underside instead of the upper surface. The upgrade was combined with a few design features on the F1-75.

Red Bull responded to Ferrari’s floor modification with a similar concept by introducing a floor cut ahead of the rear tyre spat region. The cutout facilitates the geometry change between the two-floor sections and exposes a tongue-like wing connected to the skate. Thus, Red Bull made a distinct effort to make up for Ferrari’s floor while keeping the downforce stable. Sadly, the move did not help Red Bull secure their eighth win of the season. However, they will have a great chance of winning at the Red Bull Ring in Austria.

Meanwhile, Mercedes seemed to have made a giant leap in Silverstone despite their first retirement of the season. Russell missed out on the finish, while Hamilton secured his third podium of the year and seemed to have the pace to get their win in 2022 during the upcoming events. As we head into Austria, the chances of a three-way championship battle seem more likely.