Pierre Gasly Set To Have Discussions About His Red Bull Future After Sergio Perez’ Extension Until 2024! 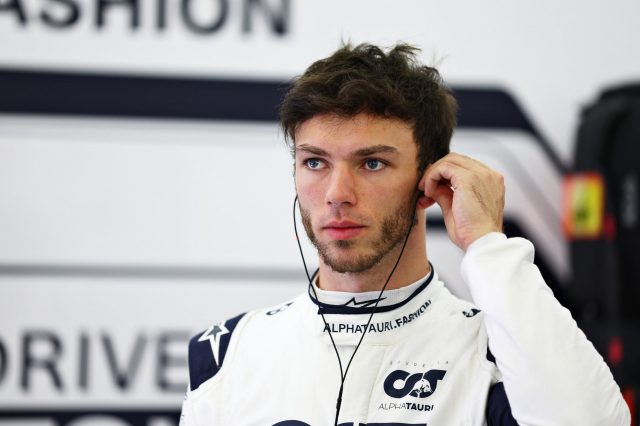 Red Bull might lose one of their junior team driver Pierre Gasly after the next season if they do not make a decision about his future. The French driver has been with the team for over a decade and has driven for Red Bull and its junior team Toro Rosso/ Alpha Tauri. The 26-year-old finished 12th for AlphaTauri in France and currently stands at 13th place in the drivers’ standings with 16 points. Gasly’s contract with Red Bull will expire at the end of the 2022 season. And he aspires to get a seat at Red Bull Racing in 2024. Otherwise, the Frenchman might have to look for opportunities at other top F1 outfits.

Pierre revealed that he would discuss the terms of his future beyond next season with the Red Bull higher-ups. The Alpha Tauri driver warned that he might have to continue racing in F1 with another team if the discussions did not bear any fruitful solutions. Gasly will be driving for Alpha Tauri during the 2023 season. However, his promotion to the senior Red Bull team was jeopardized by Sergio Perez’s contract extension until 2024. Checo won the race in Monaco and was awarded a two-year extension by his team.

Gasly further shared he was still a Red Bull driver and planned on honoring his contract with the racing team. The French driver pointed out that next season would be his tenth year with Red Bull. He said that his relationship with Red bull had been the longest till now. Moreover, Gasly stated that his racing future beyond the 2023 season was quite open. He planned on discussing the matter with Red Bull and figuring out the options they have to offer.

Gasly Wants To Be With A Top Team Fighting For Championships

Pierre Gasly said he had a clear vision of what he wanted to achieve in Formula 1. The Alpha Tauri driver told that he wants to fight at the top for race wins and championships. His goal was the only reason the Frenchman woke up every single day and worked out. Gasly was also focused on every single detail as a professional athlete to be the best in his sport. He added, “We will assess the different options for 2024 whether it’s with Red Bull or elsewhere.”

However, Pierre pointed out that his main focus currently was to push Alpha Tauri forward and work for the 2023 season. The Frenchman concluded, “We will see what the future brings in 2024.”

Earlier, Red Bull boss Helmut Marko suggested that his team would not want to lose Gasly despite offering an extension to Perez. Marko stated that if Gasly’s contract expires and Red Bull fails to offer him a promotion, they might end up losing the French driver. Helmut was clear that Red Bull would not enjoy losing a skilled driver like Gasly.