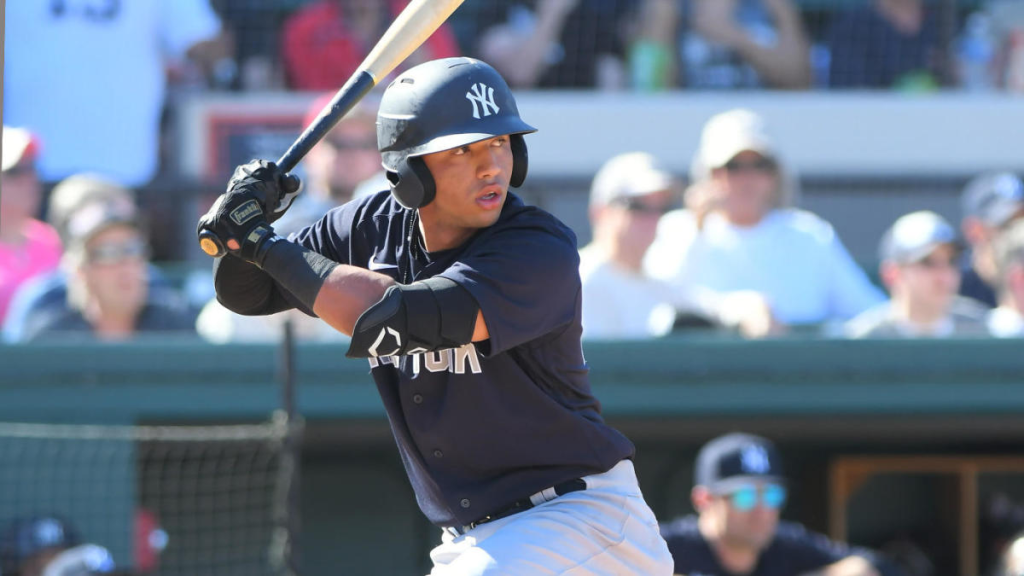 Troubles have been going on for the New York Yankees for quite some time. They are dealing not only with several injuries but also poor form. Meanwhile, a loss for one is an opportunity for another. Oswald Peraza had been long waiting to make his way into the Yankees’ side, and his time has finally came along. And to fans’ surprise, the 22-year-old announced his arrival in style to the big stage.

The Yankees fielded a lineup for the first game of Wednesday’s doubleheader, although injuries had ravaged their squad. Oswald Peraza, a prospect for the Yankees, experienced a lot of firsts during the day. Despite the small attendance in the opening game of a doubleheader, the 22-year-old was given his first start at Yankee Stadium and heard his first roll call in the Bronx.

He took the field for his first at-bat while wearing pinstripes in the bottom of the third inning. With a double down the left-field line, the shortstop added another first to his list of accomplishments as well as for the Yankees match. A line liner into the corners off Twins pitcher Louie Varland that reached 101.1 mph was his first hit in the major leagues. Peraza added two further hits later in the contest to enhance the significance of Wednesday further. He played shortstop with bare hands, smacked a strong ground ball, and blooped to the opposite field.

Peraza is the only Yankee to have at least three hits in his first four games as a professional. Garrett Cooper previously completed the landmark in 2017. Meanwhile, about Peraza’s amazing performance, Yankees manager Aaron Boone said, “Obviously a few hits, so that was good to see. Get his first one out of the way with a good ringing double down the line there. So yeah, I thought he handled himself well. He’ll be back in there tonight.”

Given that the Yankees opted not to sign a well-known shortstop this summer, they left the position vacant in the hopes that one of their top prospects would fill it in the long run. Giving Peraza as much playing time as possible would be the wisest course of action for New York. In the major leagues, sitting him out would run the danger of halting his progress.

Oswaldo Cabrera also starred in the Yankees game against the Twins. Given his lack of right fielding experience prior to being called up, Cabrera’s sixth outfield assist of the year is rather impressive. As a result, the Yankees defeated Minnesota Twins 7-1.

Also Read Will Aaron Judge Kick Start MLB 2023 Season As A Yankee Or As A Giant? Judge Intends To Join A World Series-Winning Team