Novak Djokovic and Rafael Nadal May Soon Face Each For The First Time In 2022 At The Madrid Masters! 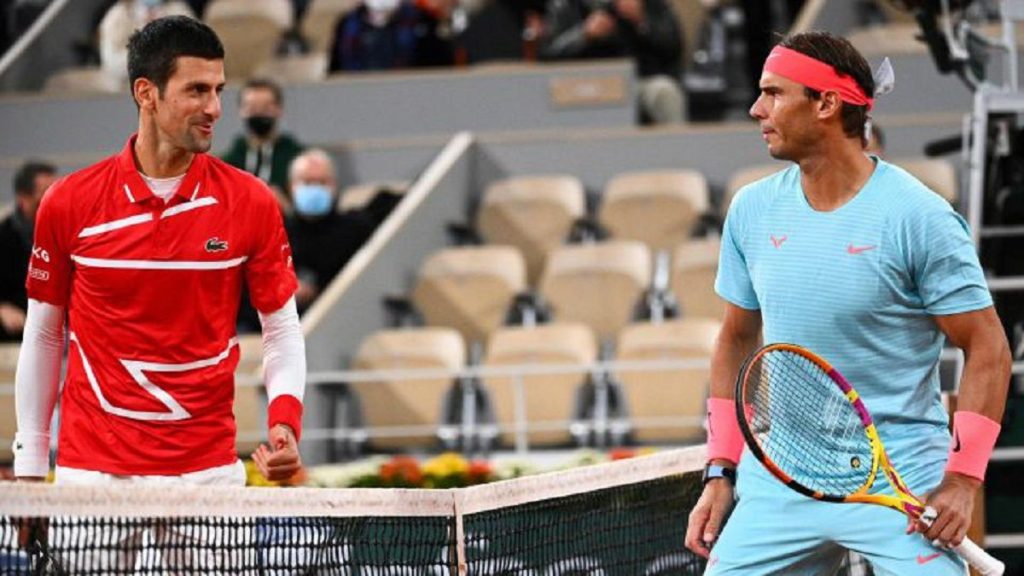 Last time, Novak Djokovic and Rafael Nadal faced each other in the semi-finals of the French Open in June 2021. Djokovic emerged as the victor by winning three sets in a four-set encounter against the King of Clay. The two legendary champions are yet to play against each other in 2022. However, the two giants of the Big Three could meet each other during the final stages of the Madrid Masters, scheduled from May 1 to 8. Rafael Nadal started the year by winning the Australian Open and lifting his 21st Grand Slam title.

Unfortunately, Djokovic missed out on the tournament in Melbourne due to his deportation from the country. Further, Nadal suffered an injury at the Indian Wells, ending his 20-win streak in the finale against Taylor Fritz. Meanwhile, the Serbian was not allowed to participate in the US tournaments, and Nadal had to withdraw from the Miami and Barcelona Open.

The Serb played his first tournament at the Dubai Tennis Championships in February, while the Spaniard participated at the Mexican open the same week. Nole played his second tournament of the season at the Monte Carlo, where Alejandro Davidovic Fokina defeated him in the second round. Next, Djokovic participated in the Serbian Open and reached the finals, where Andrey Rublev got the better of the World No. 1.

Recently, Rafael Nadal was seen back on the clay court after a month as he recovered from his rib stress fracture. He will most likely return to world tennis at the Madrid Open, where he could face Novak Djokovic in the later stages of the ATP 100 tournament. However, the Spaniard is yet to confirm his participation at the Madrid Open. But, he is back on the tennis court and will most likely play his first clay tournament of the season in the Spanish Capital.

The 2021 Roland Garros was the last event Djokovic and Nadal competed against each other in the semi-finals. Novak got the better of Nadal by winning the game in four sets. The world no. 1 went on to defeat Stefanos Tsitsipas in the finals to lift his 19th Grand Slam title.

Before Paris, the tennis greats faced each other in Rome. Nadal had the upper hand over Djokovic in Rome, where he defeated the world no. 1 in three sets. However, the Serb leads the head-to-head battles against the 21-time Grand Slam champ by 30-28. At the same time, Nadal is known as the King of Clay. Rafa has won 13 French Open titles, while Djokovic has won two titles at Roland Garros. Both the tennis giants are looking to add one more French open title to their tallies. It will be hard for Nadal as he is coming off an injury. The Spaniard will most likely play his first clay tournament at the Madrid Masters to prepare for the French Open. Meanwhile, Nole has already played a couple of tournaments on clay and might have a slight edge on Nadal.