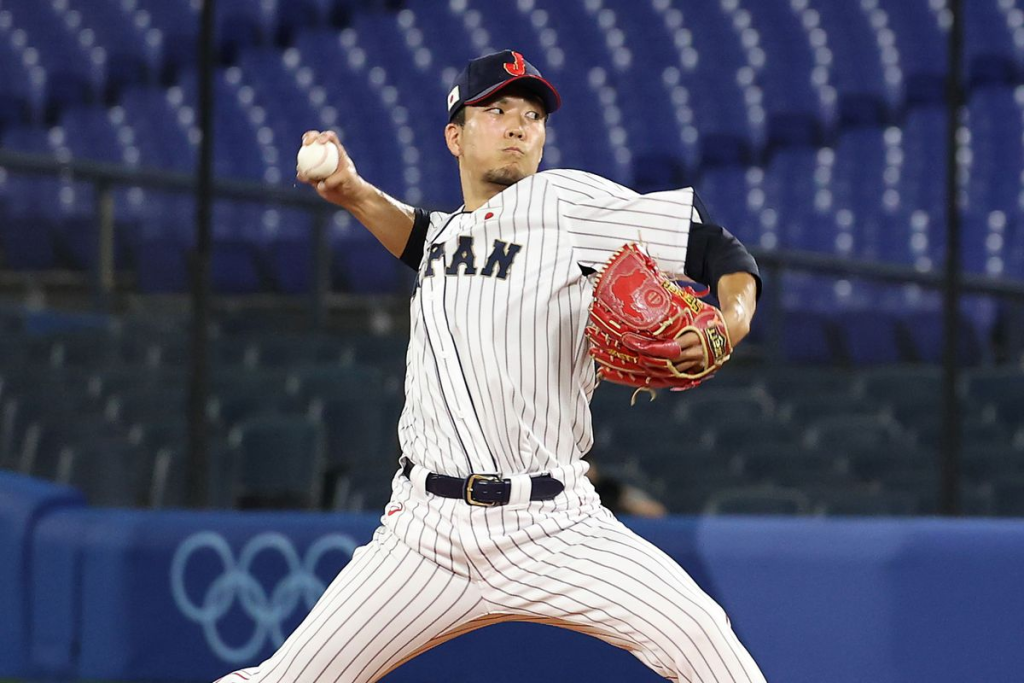 When it comes to recruiting players and strengthening the core for the upcoming season, the New York Yankees do not seem to be in any mood to hold back. Over the past few weeks in the offseason, the team has successfully recruited several players like Isiah Kiner-Falefa and Lou Trivino. They also got Anthony Rizzo back from free agency. But that is not all for the Bombers. There are more than enough reasons to believe that the Yankees also have their eye on the Japanese Pitcher Kodai Senga.

The Yankees In Pursuit Of Kodai Senga?

He might sometimes go under the radar. But there is no doubt about the fact that Japanese pitcher Kodai Senga is one of the most gifted prospects in this year’s MLB free agency. Therefore, it is not surprising that the young star has already caught the eye of several MLB franchises. One of the teams looking to add Senga to their roaster is none other than the New York Yankees.

The Japanese pitcher has a lightning-fast fastball with a splitter with amazing movement. And a top speed of 101.9 mph this past year. Senga also has a cutter and a slider in his arsenal, making for a fantastic four-pitch sequence that will do exceptionally well in the MLB.

The Yankees rotation has featured a very unimpressive lineup in the previous two baseball seasons. The Bombers have been linked to a number of high-profile pitchers, including Jacob deGrom, Justin Verlander, and Carlos Rodon. But there is a possibility that the Yankees may look to hire Senga. In the past, the team has enjoyed success with a Japanese starter known for his distinctive splitting pitch. And Senga’s ghost fork is perhaps even an improvement over Masahiro Tanaka’s splitter.

But the Yankees aren’t the only horse running in the race for the Japanese ace of pace. As per several MLB sources, clubs like the Mets, Giants, and Dodgers are also on the list of potential landing spots for Kodai Senga. As per the reports, the Mets and Red Sox are already in touch with the player in addition to the Yankees. So, it’ll be a tough battle.