NBA Finals 2022: Why Boston Can Beat Golden State Against The Odds? The Celtics Defense Could Target Stephen Curry! 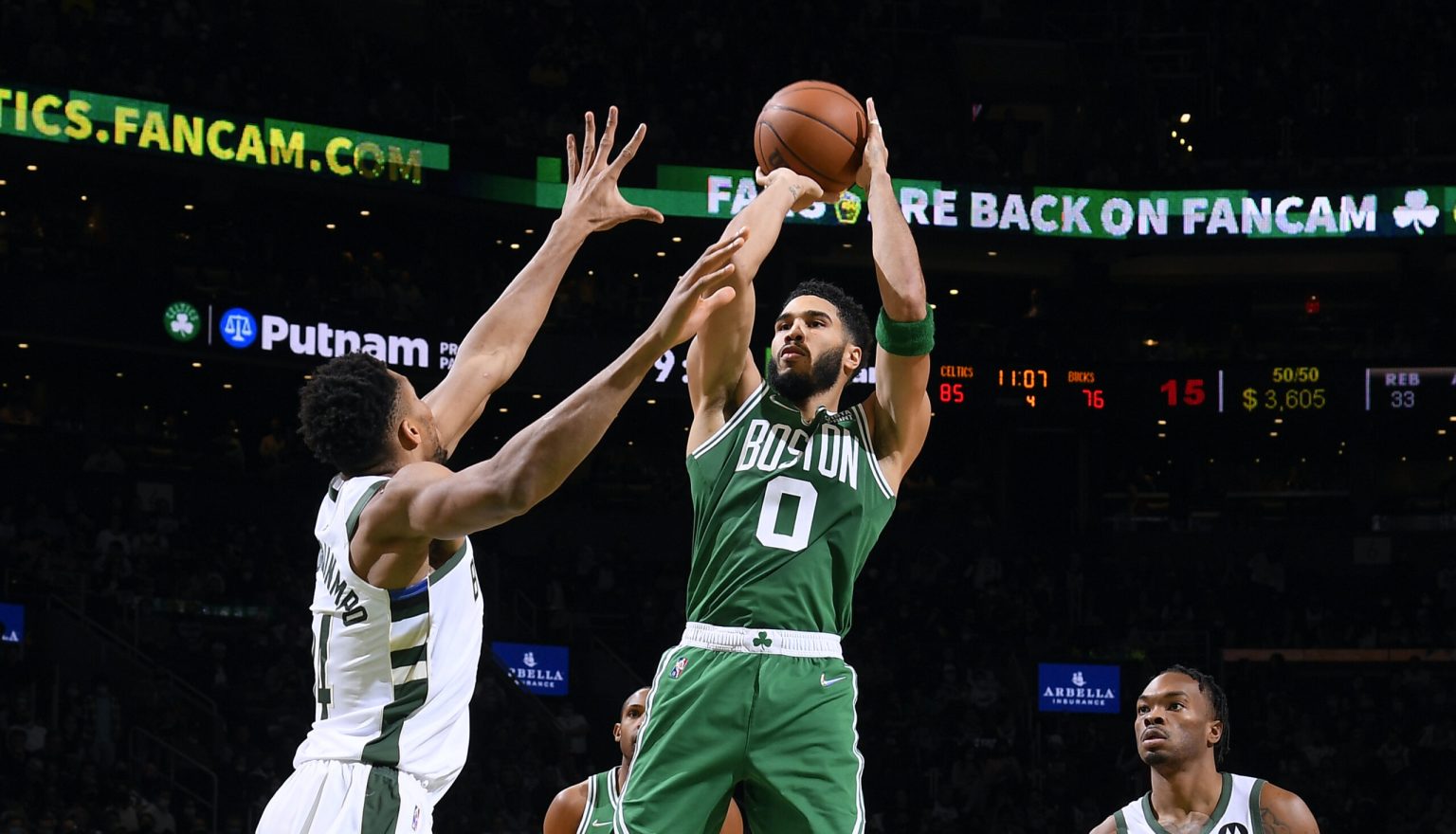 On Sunday, the Boston Celtics sealed Game 7 against the Miami Heat to reach the 2022 NBA finals. The Easter Conference No. 2 seed, Boston, will go up against the Western No. 3 seed, the Golden State Warriors. The two top teams will play a seven-game series which will decide the 2022 NBA championship. The Cs will play the first game of the final series on Thursday in San Francisco.

As per Caesars Sportbooks, the Warriors have better odds of -155 as compared to the Celtics’ +135. However, while the odds may be against Boston, they have the capability to take the series deep and emerge as the victor. Thus, we can expect a breathtaking final series where the championship could swing in any team’s favor over the course of seven games. So let’s take a look at the positive aspects of the Boston roster that could help them win this season’s NBA championship.

Boston’s defense is considered one of the best in the modern era. It is perfectly capable of countering Golden State’s off-ball movement. Moreover, the Celtics switching tactic will make things tougher for Klay Thompson, Stephen Curry, and Jordan Poole. As they look to get through the Celtics’ defense.

Moreover, the Warriors are not big on big matchup-hunting. And the Celtics’ defense is simply impenetrable, which will make it harder fr Golden’s state offense to score consistently. Anyone among Marcus Smart, Jayson Tatum, Derrick White, or Jaylen Brown can be a big problem for Curry in one-on-one situations. At the same time, Al Horford is tight around the perimeter. Thus, scoring could become really tough for the Golden State boys during the game’s late stages.

Golden State will come out all guns blazing against the Celtics’ defense. However, Boston’s recovery from the shooting could drag the possession longer than the Warriors would prefer. Thus, the Cs could put a lot of pressure on the Warriors, who have a tendency to lose possession easily. The Celtics will use all the tricks, including chase, double, recover, and switch, to hold the Warriors as long as they can. Thus, the Golden State could find itself struggling to find space with Boston’s dominant defense.

Boston was quite successful in matchup hunting against the Miami Heat. With no real weakness in their defense, the Celtics will likely attack Stephen Curry and Jordan Poole right away. The Warriors shielded Curry from Luka Doncic when the latter targeted Stephen several times with pick and rolls. The Golden State will look to do the same against the likes of Tatum and Brown in the finals. They used Curry to hedge on Doncic long enough so the real defender could recover while Curry ran back to his position.

However, the hedging and wing reinforcements could open up shooting possibilities for Boston. Moreover, if Tatum and Brown could draw the Warriors’ attention to themselves, it would create an opportunity for their teammates to attack. This will force Golden State to ask Curry and Poole to guard straight up.

The Celtics Are Much Bigger In Size

The Warriors have been at rebounds as compared to the Celtics in the postseason, statistically. However, Golden State played against the small Dallas team. And Steven Adams for Memphis was out for half of the series. He scored 12 offensive rebounds during Games 4 and 5, hurting the Warriors. Meanwhile, Boston had to battle with the Bucks and Heat, who have a more aggressive offense than their small lineup appears.

In a size matchup, Al Horford and Robert Williams could go big on the Warriors. They also have a great playout in Kevon Looney. But, The Golden State will often go small with Draymond Green at the five. While the Celtics may not have an offensive rebound scorer like Adams, the Warriors might lack crucial offensive power if they play Looney for too long to keep Boston at bay.

With Draymond Green, Andrew Wiggins, and Curry in the lineup, Golden State is capable of winning the rebound battle during the final series. However, the Celtics certainly seem more physically dominant on paper. And if that dominance is seen on the court, matching it up with second-chance opportunities and two-way perimeter size could prove clinical for the Celtics to lift the 2022 NBA championship.