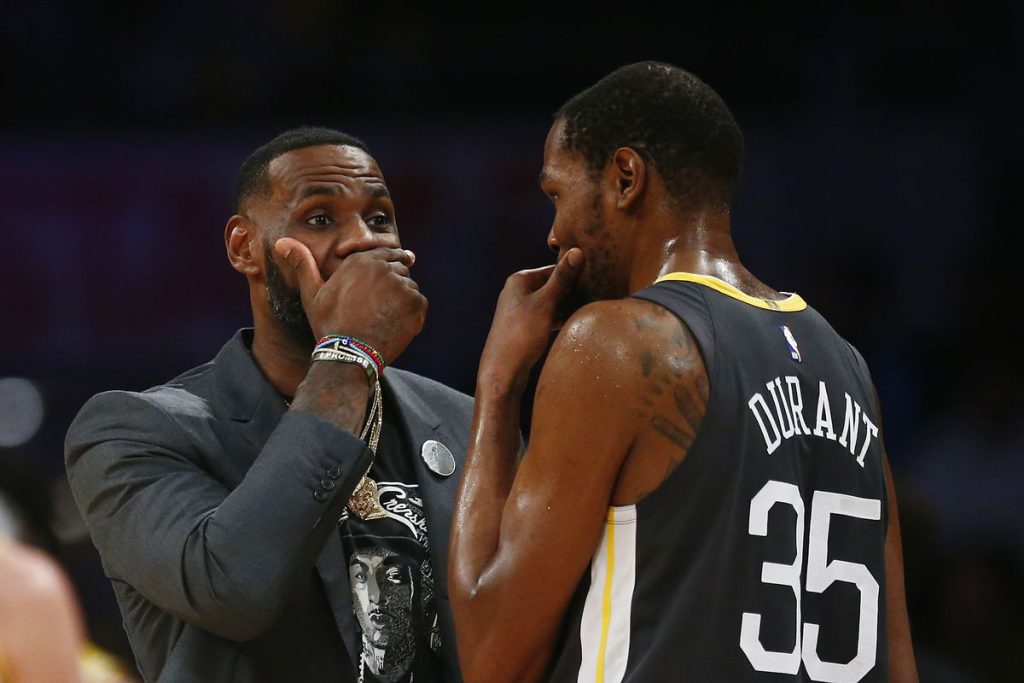 The biggest debate thas has ever been between the NBA fans and critics alike would be Michael Jordan or LeBron James. Its as easy one for the Lakers Famdon as Michael Jordan never played for them. However, we are doing an overall comparison between the two two basketball greats the league has ever produced.

Hence, it would make more sense to trust the word of a man who has been a part of the stage. Kevin Durant offers a fresh perspective on the Jordan vs. James rivalry, leaving the NBA fans wondering. Durant is considered one of the most open and honest stars in the modern NBA.

Kevin Durant Has His Say On James Vs. Jordan Rivalry:

The Brooklyn Nets Smapp forward has given his view on the greatest rivalry of all time between LeBron James and Michael Jordan. Durant acknowledged that there is no comparison between who LeBron James is right now and who Michael Jordan was for the Chicago Bulls back in his days. Kevin said, “It’s not like Jordan is one and LeBron is two.” He added that both are the giants of the league and have done something that the fans have never seen. Durant added that both of them have their own areas of greatness. It is unnecessary to compare their careers as MJ will never play against LeBron during a game.

Having played against Lebron for a long time, Durant has had his fair share of success against him. However, Kevin accepted that LeBron is one of the most special players the game has ever seen. He also supports Jordan is the kind of player you come across once in a lifetime. Durant added that it is unbelieve to achieve what James and LeBron have. However, a comparison between the two is quite unfair as we will never see them going up against each other.

LeBron James Makes A Case For Himself:

LeBron believes that there was a moment when he was the greatest basketball player people have ever seen. With the career span and scoring ability that LeBron possesses, there is no doubt that he is one of the most prolific players of the league among the ranks of Michel Jordan.

Talking about his multi-faceted game style, LeBron said, “I can play the one through five, I can guard one through five.” He thinks that he has done things that have never been done in the sport’s history. Currently, in the midst of clearly the most disappointing season for the LA Lakers. LeBron became the first player in NBA history to have 10,000 points, rebounds, and assists. LeBron is the only star who has taken his team to have a 6-O record in NBA Finals in any era.

James has also played around 90% of regular seasons and playoff contests in an era. Although Michael Jordan never got the luxury of social media, LeBron James has comfortably shifted from a world of television to a broader reach of social media. Hence, the rivalry between James and Jordan is bound to continue for decades to come.