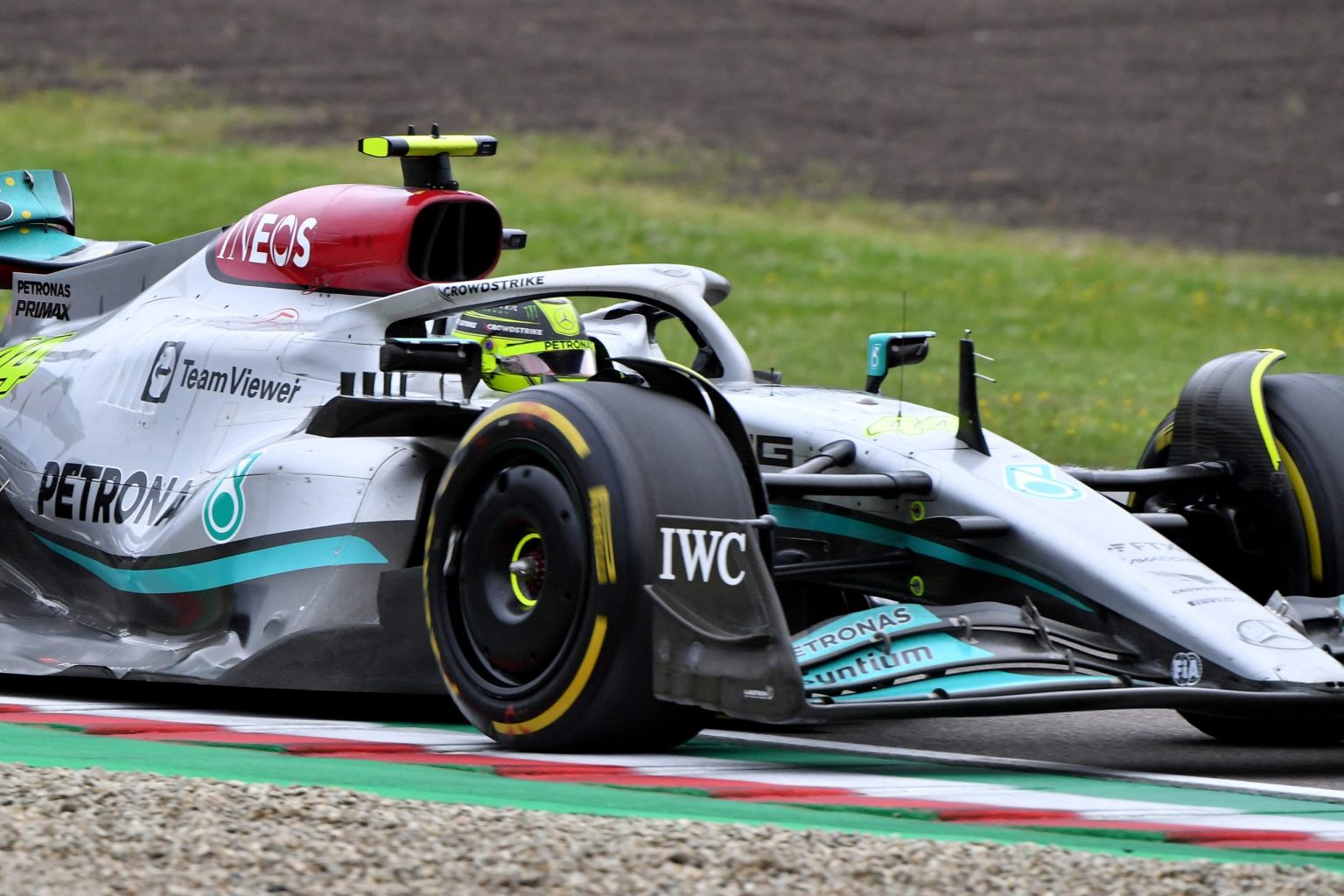 Evidently, Mercedes has been struggling during this season’s F1 championship, with new regulations in place. The Silver Arrows have not been able to get their W13 challenger right this season. They are continuing to struggle with the porpoising and lack of performance issues. The racing teams will move to Barcelona for the Spanish Grand Prix over the weekend. Just before the sixth race of the season, the German racing team was present at the Circuit Paul Ricard in France on Wednesday. Mercedes used one of their filming days to reportedly make some changes to the floor area of the W13 ahead of the weekend’s race. Sources suggest that the Silver Arrows did a secret test in order to trial the flooring ahead of the weekend in Spain.

While Lewis Hamilton has already lost hope of winning his eighth championship title, the Mercedes team principal has claimed that it would be foolish to give up on their hopes of winning the constructors championship this season. The Silver Arrows have won eight constructors’ championships consecutively. It seems like they will miss their ninth title this season, with Red Bull and Ferrari in the lead after five races. Mercedes have had a tough start to the year compared to the frontrunners. The German racing team will have to work really hard and come back very stronger if they have to make up for the lost ground and get back into the championship battle.

After finishing with zero points in Imola, Lewis Hamilton told that he had given hopes of winning his eighth championship during this season as Mercedes continued to struggle with their car. However, Toto Wolff has contradicted Hamilton’s statement and claimed that Mercedes still has some hope with many races still left before the final run in Abu Dhabi.

Mercedes Still Hopeful Of A Significant Comeback During The 2022 Championship

Mercedes currently stand third in the constructors’ rankings, trailing Ferrari and Red Bull by over 50+ points. The Silver Arrows have clearly failed to match the performance of their championship rivals. However, the team principal Toto Wolff has not lost hope yet as Mercedes prepare to catch up with the frontrunner by introducing some upgrades during the weekend in Barcelona.

During an interview with Sports24, Wolff was asked if Mercedes had lost the hopes of winning the championship this season. The team boss shared that the racing team is still hopeful as there have been just five races in the season so far. Thus, Toto said that his team could not write off their chances as they could swing back in their direction at any moment. The Silver Arrows boss further added, “And in terms of points, we are not yet drastically behind.”

Wolff’s statement came recently ahead of the weekend’s event at the Circuit de Barcelona-Catalunya. Earlier, Hamilton claimed that Mercedes was not fighting for the championship after his disappointing run during the Emilia Romagna Grand Prix. The Briton clarified that Mercedes was fighting to understand the W13 and make progress through the year. Lewis felt that the Silver Arrows had faltered this year. But everyone is working hard to try and correct the problem and get back in the championship battle. Hopefully, the team principal’s comments turn out to be true for Mercedes, and they win their first race of the season in Barcelona during the weekend’s race on May 22, 2022.