Mercedes Celebrate 55 Years Of AMG With A Retro Livery At The Belgian GP! 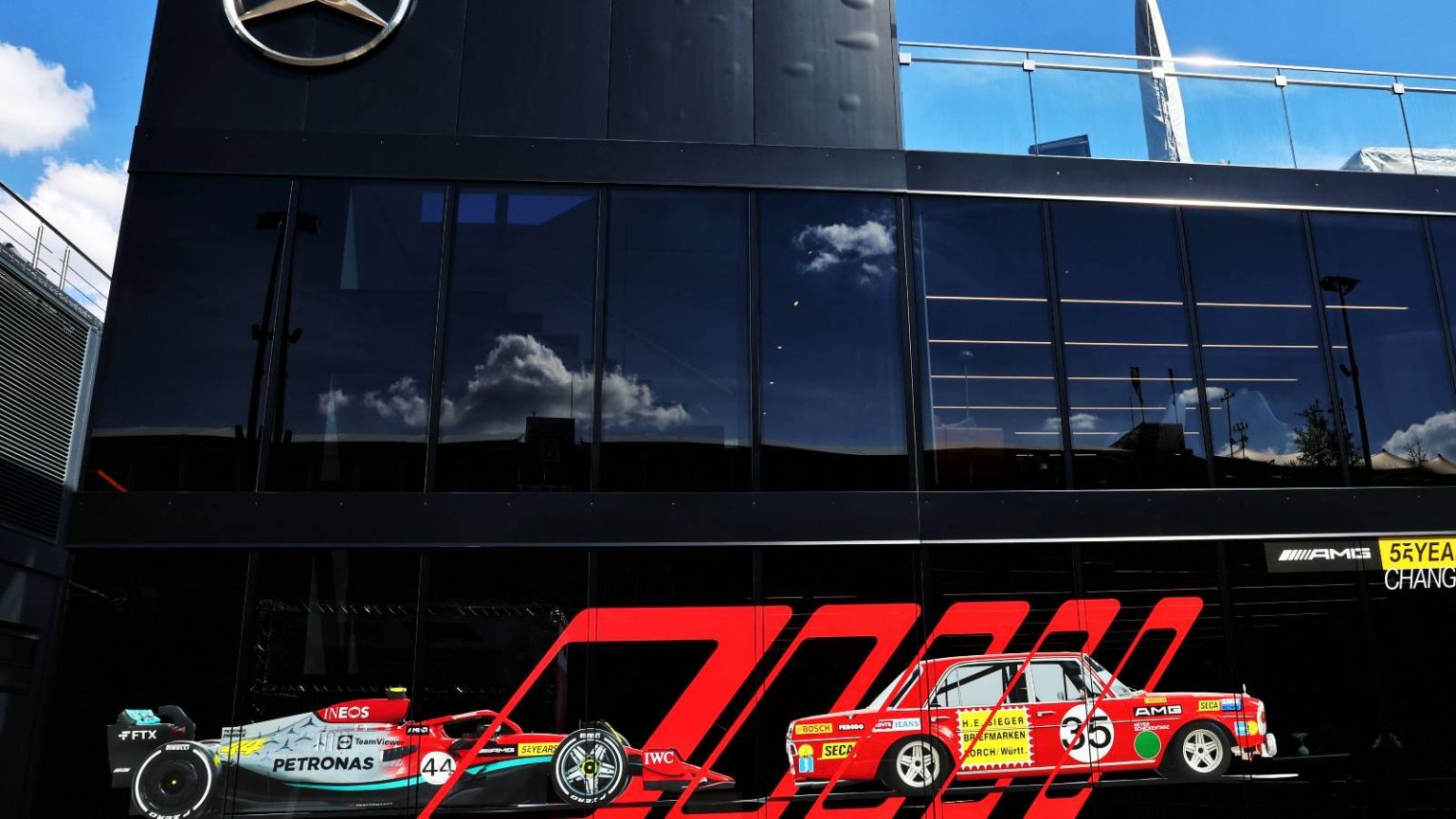 Formula 1 is finally returning this weekend after the summer break at the Belgian GP. Clearly, Mercedes have made some giant leaps over the course of the last five races. Lewis Hamilton has clinched a podium in all five of them, with George Russell joining him to mark Mercedes’ first two consecutive double podiums in France in Hungary. The younger Briton also managed to secure his team’s first pole position this year in Budapest. Now, F1 action will continue in Spa, and Mercedes will celebrate a special occasion this weekend in a retro style. The Silver Arrows will be celebrating the 55th anniversary of their AMG division, established in 1967.

On Thursday, the Mercedes racing team teased a unique retro livery on the W13 to mark the achievement. The revamped look of the W13 is a kind of a hybrid livery of the present-day car and the classic AMG “Red Pig.” Also known as the 200 SEL 6.8 AMG, the iconic car won the Spa 24 hours in 1971. The Red Pig-themed livery was put on display in the Fan Zone at Spa. Also, Mercedes team principal Toto Wolff and Lewis Hamilton would take the Red Pig for a spin across the revamped Spa-Francorchamps circuit.

Wolff recently talked about the marvelous AMG celebration and what it meant to the team. The former Austrian driver reckoned that AMG was synonymous with racing and high performance. For 55 years, the decision has been pushing four-wheel marvels both on the racetrack and the road. Wolff was looking forward to going out on the track and taking the Red Pig for a spin on Thursday afternoon. He added, “An icon in motorsport history.”

The Mercedes W13 will be donning a retro livery during the racing weekend in honor of the AMG Red Pig. Moreover, a special AMG logo with a 55 years sign would be visible on Lewis Hamilton and George Russell‘s W13. The sidepods will feature a car number and drivers’ names in vintage style quite similar to the Red Pig. Also, the Mercedes safety car used this weekend will feature an anniversary signet.

The new look of the W13 was shared on Mercedes AMG’s official Twitter account. The team also pointed out that they would not be dressing up for the big occasion this time. Last time around, when the team personnel donned a vintage kit to mark 125 years of Mercedes during the German GP in 2019, Valtteri Bottas crashed out while Hamilton spun around and managed to finish only P9. However, the Silver Arrows would hope their luck would turn around this time, and they will celebrate the big moment with their first season victory in Spa.