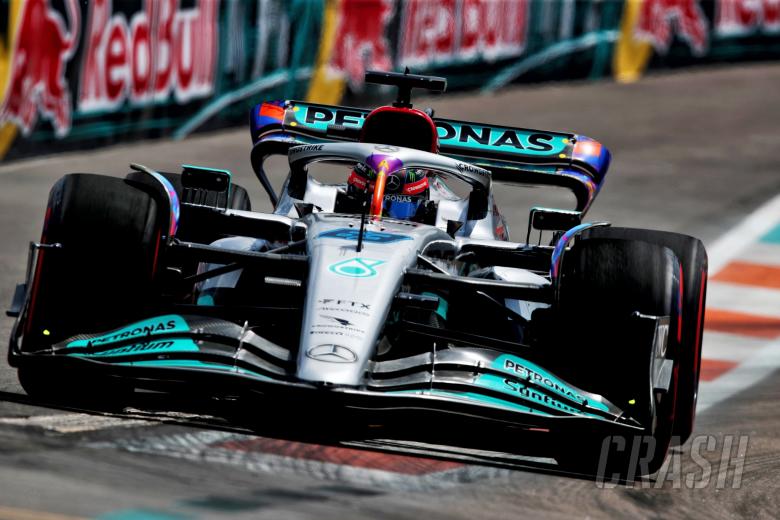 Evidently, Mercedes have struggled in the 2022 championship since the start of the season. The Silver Arrows came up with a narrow sidepod design which made everyone in the F1 fraternity believe that the German outfit came up with another innovative idea to dominate the season and win their ninth straight constructors’ championship. However, things turned out to be completely different for the Silver Arrows, who have struggled with their W13’s porpoising issues. As a result, Mercedes have failed to stay in the title contention so far, with Red Bull and Ferrari battling out at the front.

After nine races in the season, Lewis Hamilton and George Russell have not won a single race and secured mere five podiums so far. But, with a series of improved performances over the course of the last few races, Mercedes will head to their favorite track on the calendar Silverstone with a winning mindset. Hamilton would hope that he could win his first race of 2022 in front of his home crowd as he did in 2021.

The Silver Arrows are expected to come prepared for the upcoming weekend at the British Grand Prix. The German outfit is expected to bring in some crucial upgrades. This could prove to be pivotal to their performance in Montreal. Last week, Mercedes’ Mike Elliot revealed in the post-Canada debrief video thet his team would be bringing some big upgrades to change things around.

Meanwhile, the team’s trackside racing engineer Andrew Shovlin has revealed that Mercedes have made subtle changes in the W13 every week. However, the Silver Arrows have come to Britain with a bigger and more visible package. This could prove to be essential for Silverstone, with other teams planning on upgrades too.

Mercedes failed to get their aerodynamic design right which has led to their struggles in the 2022 championship. Mercedes’ Shovlin teased that while the team has no plans of making any changes in the narrow sidepods. They are also looking forward to some changes in the front wings, rear wings, floor changes, and some other “bits and bobs.” Moreover, the British engineer pointed out that major changes have been made under the cars, which not many people can see.

Mercedes has also worked on their pace as they aim to compete with the frontrunners in Silverstone. Shovlin hoped that Mercedes’ package would improve their pace and start the team’s very good record of bringing upgrades to Silverstone. Andrew further said that their last year’s car was delivered. However, the newly designed cars under the latest regulations have not been the same.