Max Verstappen Reveals The 2022 Championship Rivalry With Red Bull Teammate Perez Will Not Affect Their Relationship! 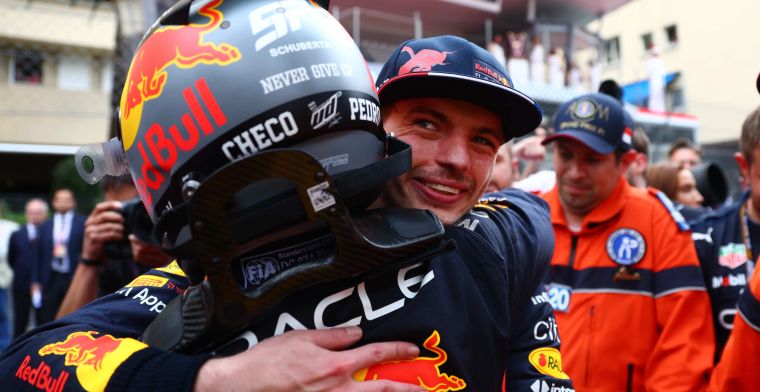 Red Bull has been one of the most successful racing teams this season. The two drivers, Max Verstappen and Sergio Perez are having an excellent season. They have succeeded in scoring a lot of points for Red Bull this season. The reigning world champ is on top of the drivers’ rankings as he aims to win a second championship in a row. Meanwhile, Sergio is not far behind Verstappen as he is trailing the Dutchman by mere 15 points after winning the Monaco Grand Prix for the first time.

With his second victory for Red bull, Checo is currently third in the drivers’ championship. The Mexican driver looks to be in great form and might end up challenging his own teammate for the championship title. However, Perez was asked to let Verstappen pass through in Spain, suggesting that Red Bull considers Max as the championship contender.

But, the team principal, Christian Horner, suggested that it might not be true. Horner stated that Checo is in the championship battle as much as Max. The Red Bull boss thinks that a 15-point difference is nothing with a long way to go in the 2022 championship. Thus, things could get tricky if Perez is allowed to compete with Verstappen for the title this year. As witnessed on several occasions, the championship rivalry between teammates has yielded uncomfortable situations for teams in the past. However, Verstappen thinks that something like that would never happen between him and Checo.

Responding to a question about his bond with Checo, Verstappen revealed that he did not think his relationship with Sergio would change if they both competed for the championship this year. Perez immediately responded by asking the Dutchman if they were still going to be in love. The reigning world champ agreed and said, “Yeah, absolutely. Why would that change?

The leading Red Bull racer further pointed out that they work really well as a team and look to optimize the car. Max also stated that he and Perez accept when the other driver has done a better job. The most important thing for Max is how the two drivers respect each other and believe in one another. In addition, Verstappen shared that they try to do their best on the track. But also have respect for each other. Checo and Max try to score as many points as possible every single weekend for the team.

Meanwhile, Jereon Bleekemolen believes that Red Bull has a good lineup in Perez and Verstappen. However, the Dutch racer was not sure if Checo would be allowed to beat Verstappen even if they were the top two championship contenders. Talking about Perez, Bleekemolen told that Sergio was performing well lately, and his bond with Verstappen is good.

Moreover, Jeroen thought that the Mexican driver understood his role as the second river. But, at the same time, he has kept himself within touching distance from Verstappen in the championship. Thus, Perez is in good shape in terms of points. The forty-year-old added, ” If Max drops out, he can just end up in front of it. A new person is always a risk and this workd. So that was a good choice.”