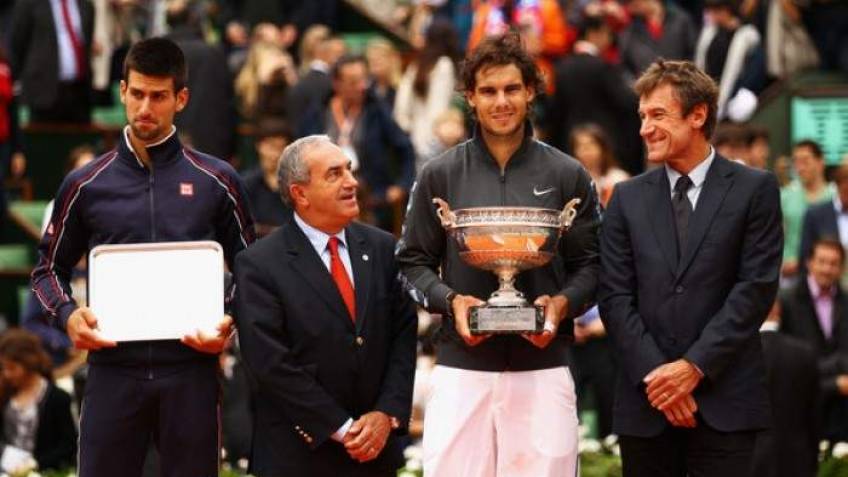 Mats Wilander feels that Rafael Nadal suffered from a rib injury because he pushed himself too hard. The former seven-time Grand Slam winner believes that Rafael Nadal may not get enough practice before the start of the clay season, which might affect his chances of winning. And with Nadal not having a perfect preparation, Novak Djokovic could be the favorite to win the Roland Garros this year. Nadal suffered a rib injury at the Indian Wells finals against Taylor Fritz. He had to accept his first defeat of the season after a winning streak of 20 games. The Spaniard has won back-to-back titles at the Melbourne Summer Seat and the Australian Open in 2022. He won his third title three weeks later in Acapulco, Mexico.

Meanwhile, Djokovic has played only three games this season. His stand against vaccination has cost him a lot of time on the tennis court and his deportation from Australia. He missed the Australian Open. Djokovic could not participate at Indian Wells and Miami either. Mats Wilander explained to Eurosport who has the best chance of winning the Roland Garros this year between Djokovic and Nadal. Rafa has won seven times at the clay tournament in the last ten years. Further, Djokovic lifted the Roland Garros title in 2021. So, who among the two tennis greats has the better chance of ruling the clay court this season. Let’s find out what Mats Wilander has to say!

Wilander Has His Say On Rafael’s injury:

After winning three straight titles, Nadal chose to play at the Indian Wells and withdrew from Miami Masters. Unfortunately, Rafa suffered a rib stress fracture that has ruled him out for four to six weeks. Wilander was quite sure that Nadal would not participate in Indian Wells or Miami. He thought that Rafa would give himself a month off after winning the tournament in Acapulco before the start of the clay season.

Mats said that Nadal pushed himself a little too much. Wilander shed light on Nadal’s love for tennis and his passion for competing hard when he is at his best. Mats also had a fresh take on comments about Nadal not lasting long due to his injuries. The former Grand Slam champ explained that Nadal’s career had been a spiral between playing hard, injuring himself, and coming back even harder. Wilander added, “He will push himself so hard physically, mentally, and emotionally that he will get injured again. Then he will go home, rehab and start again.” Having a career like Nadal’s is surely tough. However, Rafael Nadal managed to last and has the highest 21 Grand Slam titles under his belt.

Mats Thinks Djokovic The Favorite To Win The French Open:

After missing out on the Australian Open, Novak Djokovic was not allowed to feature in the Maters 1000 at Indian Wells and Miami. The Serbian giant has only played in Dubai this year, where he lost in the quarter-finals against Jiri Vesely. Novak is making a comeback at the Monte-Carlo Masters and the Serbia Open. Moreover, Novak’s real test would be at the Masters 1000 in Madrid and Rome. But, his main aim would be to defend his title at the Roland Garros.

Wilander thinks that Novak would be well-rested. He will also have enough time to get his preparations right, unlike Nadal, who will be out for four to six weeks. While Nadal may not get the perfect preparation for the Roland Garros, it will be handy for Djokovic to play three tournaments and around 10-15 games before the French Open. Hence, Wilander feels Djokovic might emerge to be the favorite to win the Roland Garros this year.