Malcolm In The Middle Star Frankie Muniz In Discussion With NASCAR Teams To Follow His Cup Series Racing Dream! 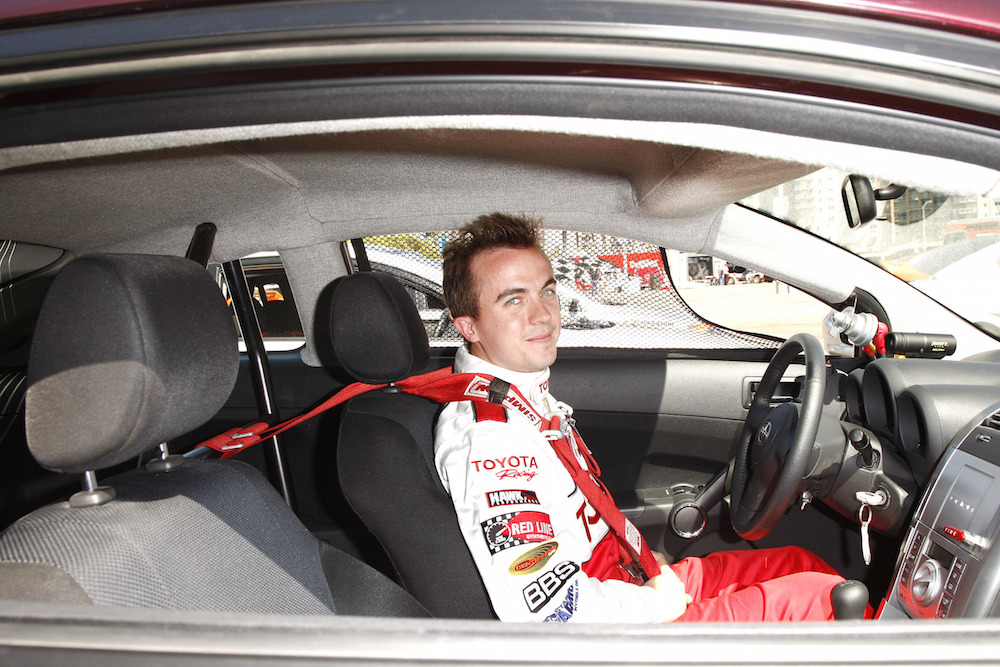 Actor Frankie Muniz received a great deal of limelight since his childhood days for portraying Malcolm in the famous American sitcom Malcolm in the Middle. However, acting was not the only thing that intrigued Frankie in his younger days. The 36-year-old was greatly inspired by motor racing and wanted to become a racing driver. He made his racing debut back in 2006. But he is now focused on committing to the sport full time.

Earlier, Frankie revealed that he considers acting a part-time thing and racing is his prime focus. Hence, the former child star has decided to take up racing full time and aims to join NASCAR’s third division in 2023. His ultimate goal is to make it to the highest racing level in America by being a part of the Cup Series one day.

In a recent interview with SiriusXM NASCAR, Muniz disclosed that he was already in discussions with several teams to make his racing dream come true. Frankie said that his team was already talking to a number of teams in ARCA and Trucks/ Xfinity. Further, the 36-year-old provided a realistic perspective, admitting that he did not have a lot of oval racing experience. Muniz reckoned that everywhere he would go next season would be a new venue for him. Frankie added, “So in that same sense, I want to move up quickly. I don’t want to throw myself completely off the deep end.”

Moreover, Muniz stated he wanted to make sure that he was ready. Frankie believes he is ready and needs to put a good deal together with a Truck ride or ARCA side. Moreover, he wanted to be in a race car, and any time he gets to race would be key for him next season to keep learning and progressing. Muniz continued, “That is the goal to be in a Truck or doing ARCA National or both.”

Frankie was supposed to be a part of 50+ races in 2022 in ARCA, Pro Late Models, and Super Late Models. However, their main sponsor pulled out at the last minute due to pandemic-related concerns, leaving Muniz in a tough spot.

However, the 36-year-old received a call from Fast Track Racing to test an ARCA car at the Daytona International Speedway in January. Surprisingly, Frankie set the fastest lap time of 51.796 seconds, driving at a speed of 173.759 miles.