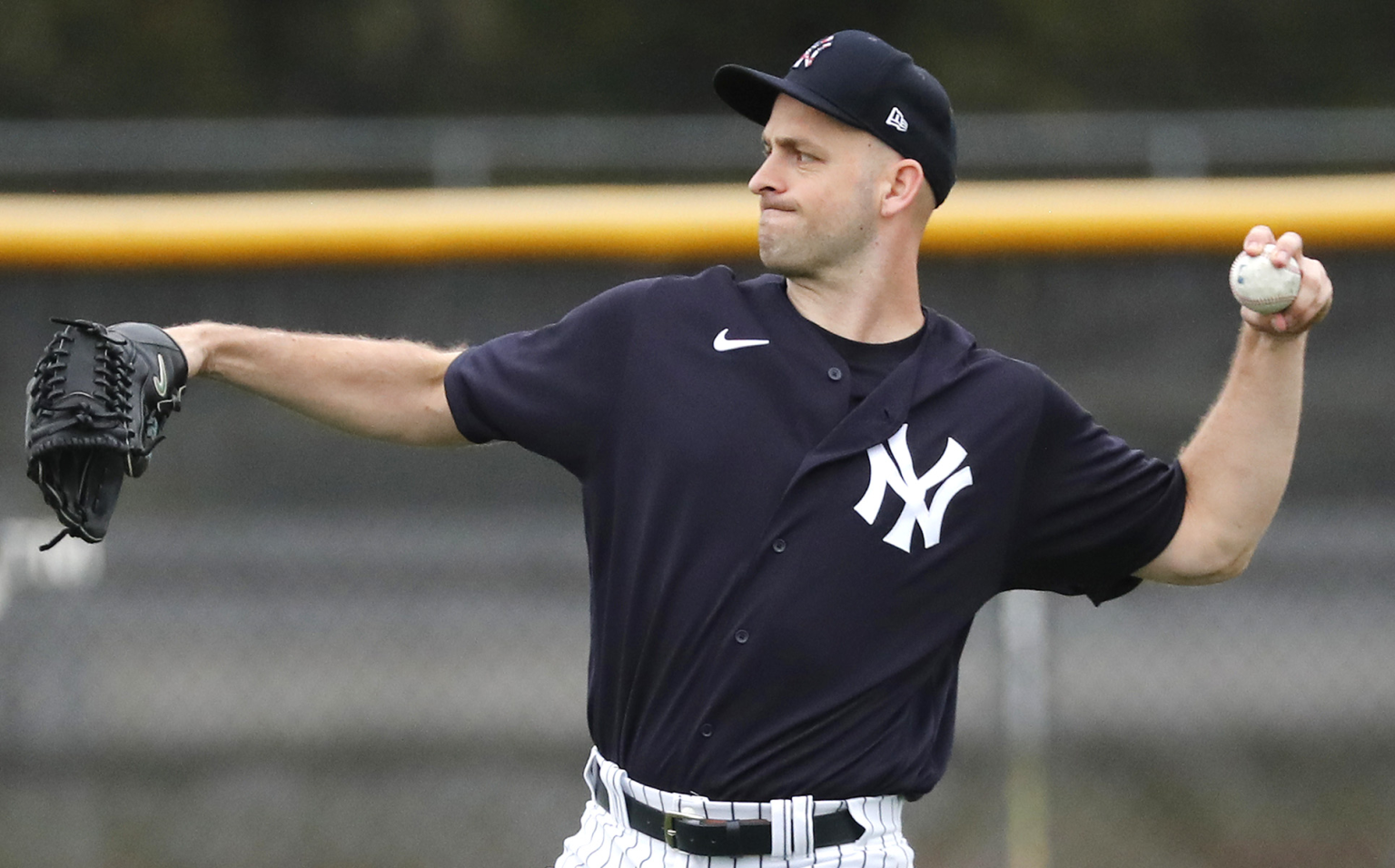 It seems like things might have finally started to look up for the Yankees’ side. On Sunday’s game, the Yankees crushed the Rays to clinch a series victory. This game had many stars, including Oswald Cabrera and Gleyber Torres. However, you can’t miss Lucas Luetge. He has also achieved the milestone of playing 100 games for the franchise. Although this was something well-kept secret and came out of nowhere.

Before Friday night’s first pitch, reliever Lucas Luetge, 35, was getting ready to start his regular pregame routine. It was just another day at the job. One call to the bullpen would have been Luetge’s 100th game with the Yankees, but he had no idea. Later that evening, when Luetge came out of the bullpen, he didn’t receive a standing ovation. He wasn’t paid, and the club didn’t even recognize the milestone in its postgame comments.

However, for a pitcher who had been out of the game for six years, it was uncertain whether he would ever step foot on a big-league mound once more. Luetge was in and out of the lower leagues, so 100 appearances are very exceptional. Similar to his 1.1 scoreless innings in his 100th game while wearing a Yankees jersey, when his club was already down by several runs. There was no fanfare or ceremony around Luetge’s entrance into the company.

Despite having certain statistics that are on par with some of the top pitchers in all of Major League Baseball, Luetge consistently went unnoticed. In 123 innings thrown throughout the course of his Yankees career, Luetge has a 2.63 earned run average. Whatever role Luetge has played, he has consistently and effectively toed the rubber. He has 75 shutout outings in his first 100 innings. Among all MLB pitchers with 120 or more innings pitched since the start of the 2021 season, Luetge has the 10th-best ERA. He also has the highest hard-hit percentage (27.3%) of all the pitchers in that group. Lucas Luetge has been the best pitcher in limiting hard contact out of anybody who has pitched more than 120 innings in the last two seasons.

Lucas also holds a sizable advantage at the top of the list for hard hit % in 2022 only from this season. He has the seventh-best average exit velocity in MLB since joining the Yankees, at 85.8 mph. Those stats outperform those of Shohei Ohtani, Corbin Burnes, Jacob deGrom, and many other players. After eliminating Luetge’s lone career start from last summer, the field should be reduced to relievers exclusively. During the previous two seasons, Luetge ranked among the top relievers with an fWAR of 2.2, 14th among all relievers.

Also Read Will Aaron Judge Leave Yankees Because Of Bullpen Shake-Up? Matt Carpenter Also Out Because Of Left Foot Fracture

Share. Facebook Twitter Pinterest LinkedIn Tumblr Email
Previous ArticleFormula One Should Find A Solution For “Messy” Penalty System For The 2023 Season, Claims F1 Pundit
Next Article Russell Westbrook Ready To Get Transferred From LA Lakers? Why Is That?