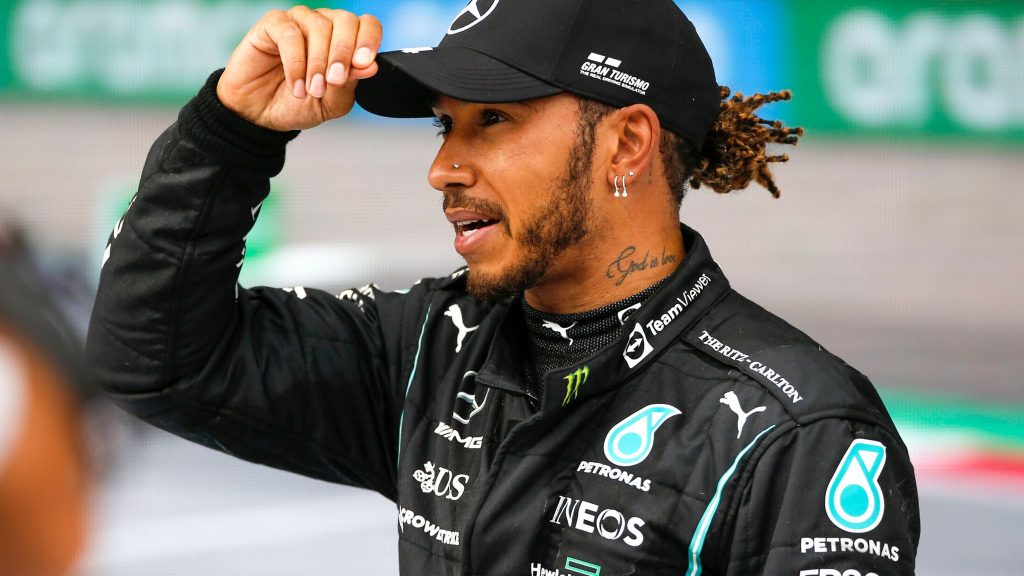 Lewis Hamilton is enjoying his mid-season F1 break after a series of productive outings in the last few races. The Briton has finished on the podium consecutively in the last five races, with two back-to-back P2 finishes in France and Hungary. Although the summer break will finally end at the end of August as the teams will gather at Spa for the Belgian Grand Prix.

The Briton was recently featured on the cover of Vanity Fair magazine. He gave a detailed interview about the happening of his past, the present, and what awaits him in the future. The seven-time F1 champ was quite honest in his answers when he talked about not being comfortable with driving in the real world, especially in traffic.

Recently, Hamilton revealed his love for the 1986 Top Gun movie starring Tom Cruise. The 37-year-old revealed that he was even offered a pilot’s role in the latest Top Gun: Maverick movie. However, he had to turn the part down due to his commitments to Formula 1 and the Mercedes team.

Talking to Vanity, Lewis told that he was excited by the prospect of being a part of the film, being a big fan of the original Top Gun movie that came out in 1986. The Mercedes driver also revealed that he had been friends with Tom Cruise for a while. Hamilton reckoned that Tom is one of the nicest guys he had met. Tom even invited the F1 driver on the sets of his movie ‘Edge of Tomorrow.’

Lewis Hamilton Turned Down A Role In Top Gun: Maverick

When Hamilton heard about the new Top Gun movie, he felt the need to ask Tom Cruise about a possible part in the movie. Lewis recalled he did not care what role it was. He said, “I’ll sweep something to be a cleaner in the back.” However, luckily for him, the Briton was offered a pilot’s role in the movie. But unfortunately, Hamilton came to a realization that he did not have enough time due to his tight schedule between the races.

The 37-year-old added that he is a perfectionist, and there wasn’t enough time. Hence, Hamilton had to turn down the part due to his commitments to racing in F1. Lewis said, “It was the most upsetting call that I think I’ve ever had.”

However, Hamilton is currently serving as the executive producer and consultant on Joseph Kosinski’s new F1 movie starring Brad Pitt. The Hollywood superstar will depict the life of a former driver who returns to racing with his younger student.