Lewis Hamilton Reveals The F1 Driver And Racing Team He Would Have Supported As A Fan! 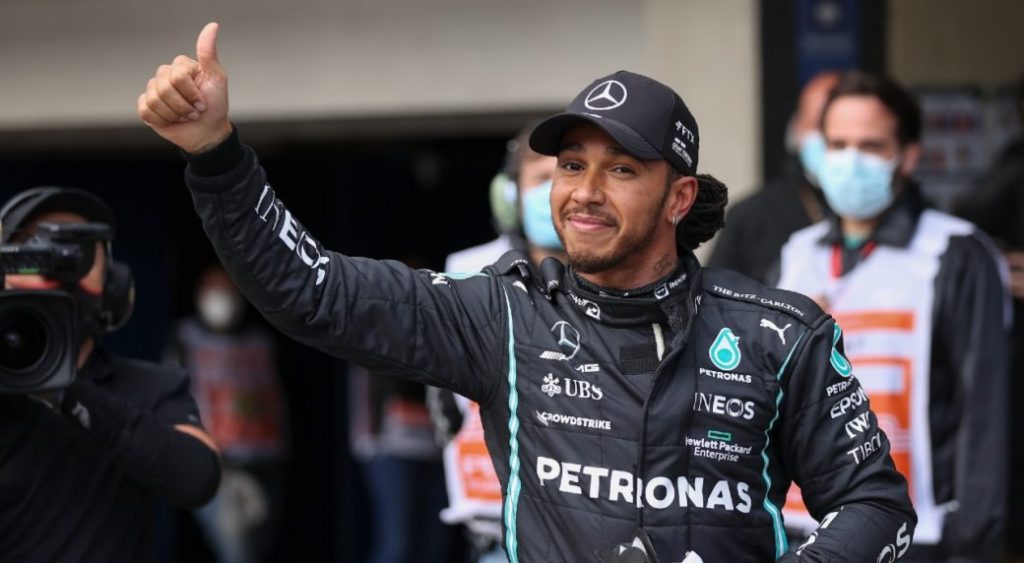 Sir Lewis Hamilton is one of the most successful drivers in F1 history. He has seven championships and 103 race wins in a career that has spanned 15 long years. The Briton also came within touching distance to his eighth championship title last year. But failed to achieve it during the season’s last race in Abu Dhabi. The 37-year-old has been a part of motorsport since a very young age and is one of the most respected drivers in the F1 fraternity. While the 2022 season has been a little tough for Hamilton, nobody doubts his ability to be one of the best drivers across the circuit. Although Mercedes is currently struggling with their new W13 car. And because of that, Lewis has not been able to fight for a win except for a podium during the first race of the season in Bahrain.

The British racer has only driven for McLaren and Mercedes during his long career. However, his love for the Ferrari racing team has been revealed on several occasions. Recently, Lewis Hamilton has revealed the F1 team and the driver he would support as a fan. Lewis shared that he would back the Scuderia Ferrari and their lead driver Charles Leclerc. The Briton mentioned that Leclerc is very strong, and he has shown a glimpse of it already on several occasions. Hamilton also said, “If I could sit down with the fans on the bleachers over there, I would support Charles. I am a Ferrari fan.”

Talking about his current racing team, Lewis Hamilton shared that Mercedes is like family to him. And he would always be a Mercedes driver like Sterling Moss. Although, Hamilton has disclosed his liking for the Scuderia on several occasions. It seems unlikely that he would consider moving to Ferrari during the final stages of his career. The Briton does not have any reason to leave the Silver Arrows with his dominance and reputation on the racing team.

Ferrari has hired Lewis’ arch-nemesis like Fernando Alonso and Sebastian Vettel in the past, which the Briton would not have preferred as teammates. Last year, Hamilton admitted that it would be crazy to think that he never drove for Ferrari. As per him, being a Scuderia driver is a dream position for a lot of racers. But, the opportunity was never there for Lewis to pounce on.

The British driver wished the Italian team his best and claimed to spend his time stopping Ferrari from winning the championship. However, Lewis Hamilton and Mercedes have failed to match Ferrari and Red Bull’s pace so far in the 2022 championship. The British racer is 66 points behind Leclerc, who is second in the drivers’ championship. Thus, it will be interesting to see if Hamilton can make a stronger come back and make things tougher for his favorite team in the upcoming races.

Share. Facebook Twitter Pinterest LinkedIn Tumblr Email
Previous ArticleEsteban Ocon Accuses The FIA Of Favoritism After Getting Penalised For Making Contact With Lewis Hamilton During Monaco GP!
Next Article Why Mercedes’ W13 Had A Tough Run In Monaco After Being The Fastest In Spain?