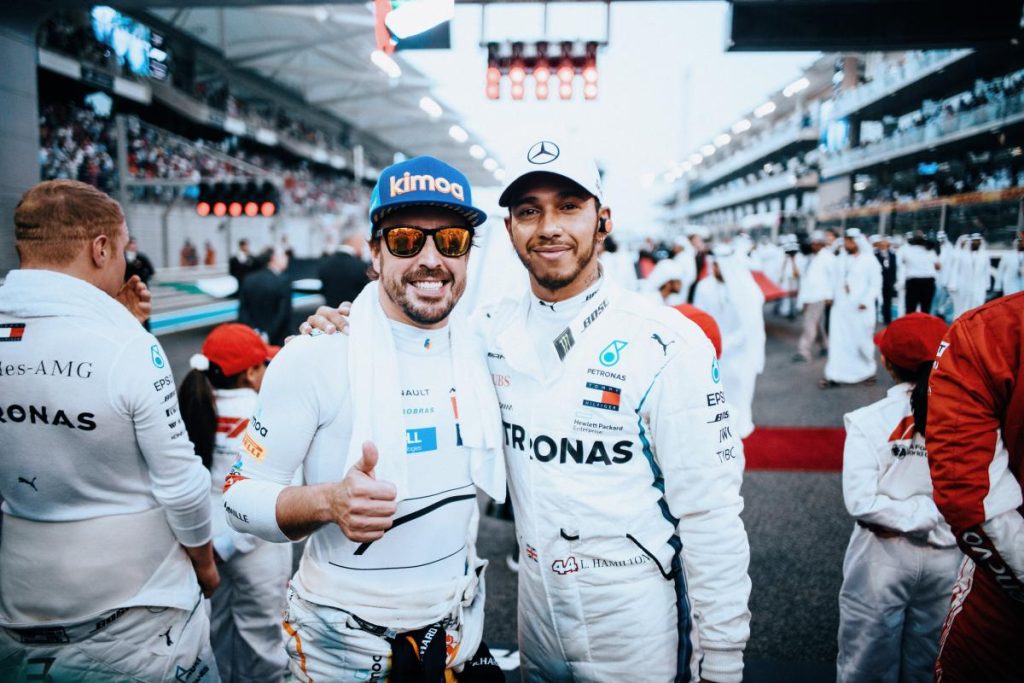 Lewis Hamilton is set to achieve the 300-race mark during the French Grand Prix after being an active part of Formula 1 for the last 15 years. The Briton made his debut with McLaren in 2007 alongside Fernando Alonso before winning his first world championship title in 2008. However, Lewis did not stop. His move to Mercedes in 2013 helped him create decade-long domination and equalize Michael Schumacher with seven championship wins. Hamilton will become the sixth driver to reach the 300 race mark. He is only the second driver in the current championship, along with Fernando Alonso, to achieve the feat. Moreover, the Briton will probably surpass Schumacher and Jenson Button (306 race wins) at the end of the season. He will become the driver with the fourth-highest race starts.

Hamilton will achieve the milestone on Sunday at Paul Ricard. Ahead of the French GP, the Mercedes driver revealed the toughest driver he faced throughout his long F1 career. Surprisingly, Lewis named the current Alpine driver Fernando Alonso. The Spaniard was also Hamilton’s teammate when he made his McLaren debut in 2007. However, the infamous Spygate scandal stripped McLaren of their constructors’ championship points. Meanwhile, Hamilton outsmarted Alonso to finish second in the drivers’ championship behind Kimi Raikkonen. He scored on more second-race finishes than the two-time world champ. Lewis and Fernando were tied in the championship with 103 points, four wins, and eight podiums each.

Talking about the toughest opponent he faced, lewis said it is difficult to say who had been his strongest competitor. The Briton told that it is complicated as he was part of different rivalries during different phases of his life. Hamilton was 22 when he was tasked to be Fernando’s teammate. Lewis reckoned he was mentally young and had okay-ish skills. However, he was under a lot of pressure going up against a great like Alonso. The Mercedes driver hoped to have more such rivalries with his former teammate in the future. “I would say on pure pace, Fernando is the toughest. We had some great battles,” Lewis added.

Hamilton and Alonso eventually had a fallout as teammates after the latter blocked Lewis at the McLaren pit garage in Hungary. Alonso eventually left Mercedes in 2008, and Hamilton went on to win his first championship title. The Spaniard moved to Renault for two seasons before joining Ferrari in 2010 and finally returning to McLaren in 2015. Despite the tensions between the two drivers, Alonso shared that it had always been a pleasure to battle against Hamilton.

Fernando said the Briton was already talented in 2007. But, over the course of his career, he gained experience along with those skills. Alonso mentioned that Lewis had been a tremendous driver and a sporting legend. Hence, it was quite a pleasure for Fernando to spend so much time racing with him in F1. Alonso further mentioned that no one would have thought back in time that some driver would break Schumacher’s record of seven F1 titles. The 40-year-old added, “The team that they all built in Mercedes over these years, it was outstanding. Congratulations to the 300.”