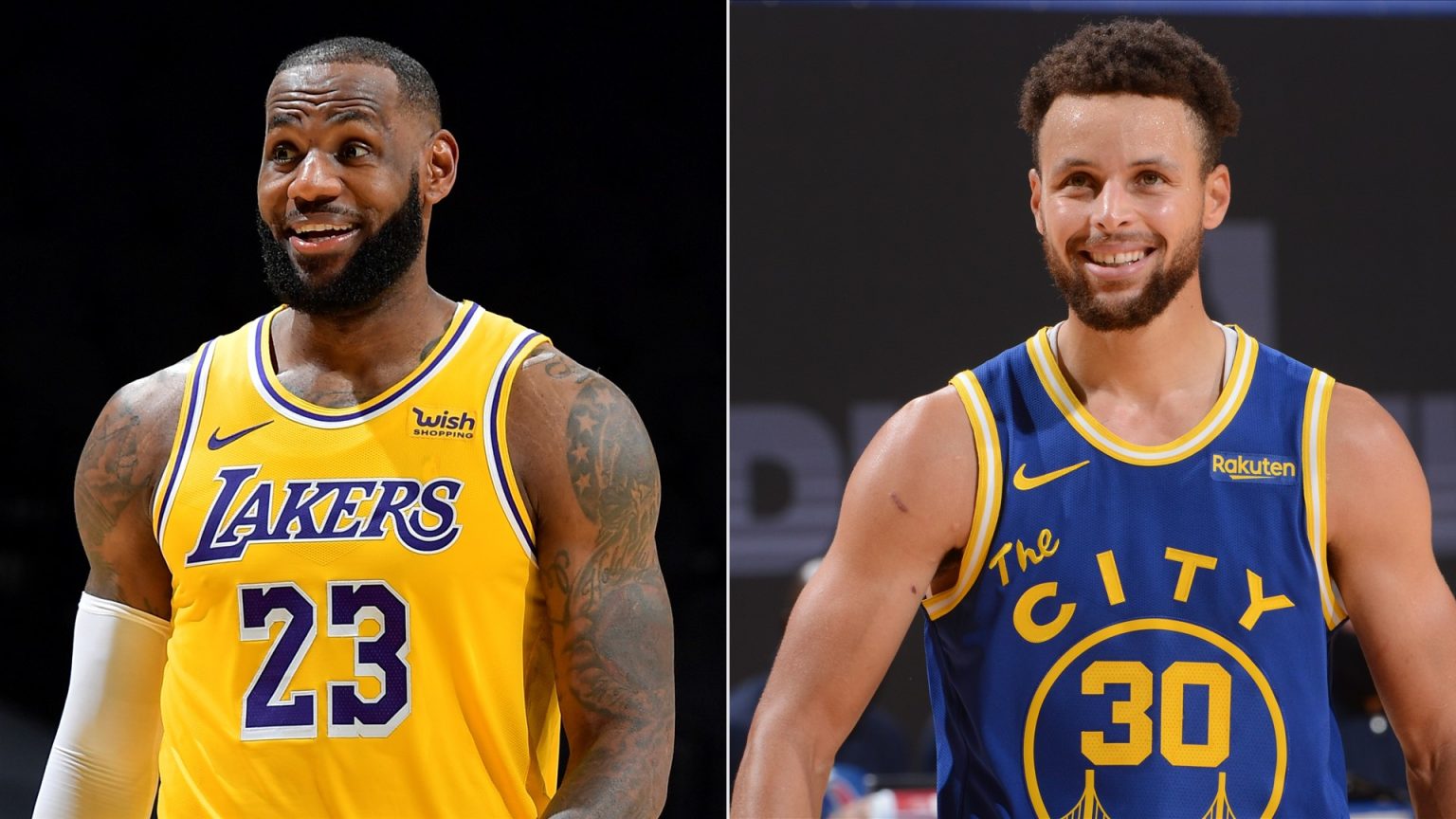 LeBron James has given his fans something to cheer about after the Los Angeles Lakers’ disastrous elimination even before the postseason. Nobody knows what the future holds for the partnership between James and the Lakers for now. However, in the recent episode of The Shop, LeBron has expressed his desire to play alongside Golden State Warriors’ Steph Curry. James’ comments have given way to rumors that he might be thinking of leaving the Lakers.

James Names Players He Would Like To Play With:

The four-time MVP shared that he would love to play in the NBA with his son Bronny, currently in high school. He laughed and remarked that his son would not be able to beat him. James revealed a conversation with his son about basketball and what he aims to achieve in the field. LeBron asked if Bronny wanted to get to the pros and why he wanted to do it. The 37-year-old told that Bronny said, “Because I wanna make a name for myself.” James said he was quite excited about Bronny and would love to play with him.

King James also named formers players like Micheal Jordan, late Kobe Bryant, Penny Hardaway, and Scottie Pippen. He said he would have loved to share the fourth with the legend players. Moreover, James was asked which current player he would be interested in playing with. LeBron shared that he would love to play with Golden State Warriors’ Steph Curry. James said, “I love everything about that guy.” King James joked that Curry is so lethal that you need to guard him as soon as he gets out of the car the moment he pulls up to the arena.

James’ appreciation for Stephy Curry is not new for NBA enthusiasts. The duo competed against each other in four consecutive NBA finals from 2015-2018. LeBron is quite aware of what Curry is capable of, including his off-ball movement, passing, competitiveness, and shooting. LeBron drafted Steph in his All-Star team for the past two seasons. James enjoyed every second of sharing the court with Curry for the first time in 2021. In February, Curry set an NBA All-Star record with 16 three-pointers for LeBron’s team.

Curry Responds To LeBron’s Comments From The Shop:

On Wednesday, Curry said that James got what he wished for. In January, LeBron was the All-Star team captain, and he picked Curry for the last two games. Steph was happy about receiving interest and curiosity from an all-time great like LeBron James.

The King’s comments about playing with Steph Curry will generate some questions about his possible trade this offseason as the fans hope to see LeBron moving to the Warriors somehow. However, the Lakers would not want to give away James at any costs after a terrific season at the age of 37. But, with time, fans will hopefully get to see Curry and James play together for the same team at some point in the future.

Share. Facebook Twitter Pinterest LinkedIn Tumblr Email
Previous ArticleFormula One Drivers Salaries 2022: Know How Much Your Favorite Is Getting Paid
Next Article Lakers Trade Rumor: Management Looking For A Possible Trade Of Russell Westbrook This Summer?