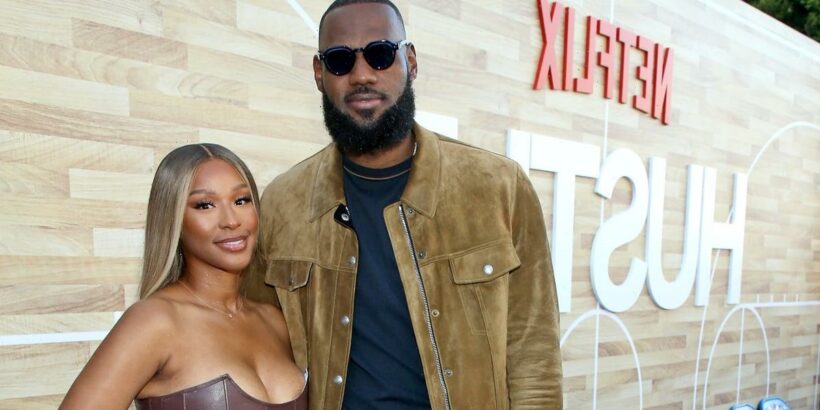 LeBron James is one of the greatest basketball legends in the NBA. He is the only active NBA player in the league and has tons of records under his belt. However, James has always been a family fan, and his loving personality has earned him much respect among fans. James has been married to his high school sweetheart Savannah James since 2003, the same year he started his rookie season with Cleveland. The 18-time All-Star has been married to Savannah for around 19 years, and the couple has three kids Bronny, Bryce, and Zhuri. The duo has been a fan favorite as they never had a falling out or any kind of relationship drama over the years.

Recently, a Kim Kardashian look-alike fashion model from California accused James of stalking her and reaching out in her DMs. The claims led to a great deal of shock among the fans on social media. However, LeBron James and his wife Savannah remained disinterested in being a part of the drama and refrained from making any kind of statement.

Fans would have wondered if the incident could have led to some troubles between the long-time couple. However, a recent Instagram video posted by James has proved that Savannah is the boss of the house, and he cannot dare to joke around her, let alone get involved with other women.

LeBron James has been spending some quality time with his family since the end of the regular season. In his recent video, the 37-year-old was showing off his new Nike tracksuit, which was customized in honor of his 20-year collaboration with the brand. The sweatsuit had his personal logo along with a record of his playing career by teams and years. However, Savannah also initiated a conversation about renewing their vows at the same time.

But James was too busy showing off his cool jacket. He responded to Savannah, ‘whatever you wanna do, babe,’ in a disinterested manner. However, James’ wife did not take his reaction lightly. She rolled her eyes the first time he turned the camera towards her. Then, Savannah later smacked the phone when she realized that Bron continued to record their conversation. In a couple of stories, LeBron James wrote, When your wife won’t let you get fit off.” In the next one, James added, “She knocked the phone out of my hand. Somebody help me, please.”

The heartwarming ending as James says I would love to do our vows. And Savannah responds with are you still recording and smacking the phone has left the fans in awe of the loving couple.