LeBron James Planning To OWN A NBA Team? Will Bronny James Join His father’s Team? 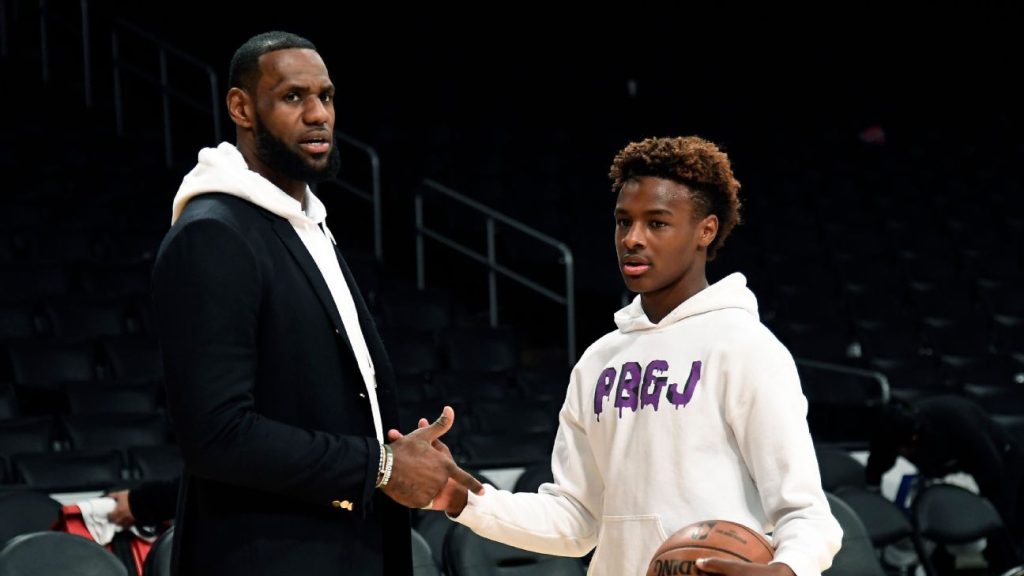 LeBron James is at the twilight of his career. He will head to the 2022-23 season for his 20th season. The four-time NBA champ’s contract with the Lakers will end after the next season. And the King would most likely move to a new team after his contract ends. James revealed earlier that he would be interested in playing for the team who picks his son Bronny James during the 2024 draft picks. Thus, the fate of LeBron’s future after his streak with the Lakers would depend on his son entering the NBA. James admitted that he would like to play with his son before bidding farewell to the game which is closest to his heart.

The 18-time All-Star domination extends beyond basketball. LeBron’s sensible investments over the years have made him the first active billionaire in the NBA recently. James’ popularity and street smarts have attained his success in every field he has stepped foot in. However, the four-time NBA finals MVP recently expressed his desire to own an NBA team in the future. James shared his interest in owning an NBA team based in Las Vegas. There have been rumors about NBA expanding the league by adding two more teams based in Seattle and Las Vegas.

And one of the major reasons why LeBron is gunning to own an NBA team is to make sure he gets to play with Bronny James in the league before his retirement. Thus, if James bids for the Las Vegas outfit, he and Bronny could lead their own NBA franchise to its first championship victory in the NBA. However, King James would need some financial backing to buy an NBA team despite being the richest athlete in the world.

Could James & FSG Partner Up To Buy An NBA Team?

Further, FSG is heavily linked to ownership of an NBA team. Thus, it is highly likely that James would team up with FSG to acquire an NBA franchise in the coming future. Reports suggest that the expansion fee for a new NBA franchise would be $3 billion. Hence, James will need financial backing from FSG to make his dream come true.

Can LeBron & Bronny James Win A Championship Together?

Bronny James is being considered to be one of the upcoming sensations in the NBA. The 17-year-old may not be as tall as his father. But, he is a four-star player in the 2023 high school batch. At 6’2″, Bronny is ranked 30th among young NBA prospects in America.

Moreover, LeBron’s son is the sixth-best combo guard in the country and the fourth-best player in California. Thus, if James manages to get Las Vegas before the 2024 drafts, he could pick his son from the drafts. The father-son duo could help their new franchise to their first championship win before LeBron bids goodbye to the league.