Lakers: Players LA Could Retain In The Next Season From Their Current Roster! 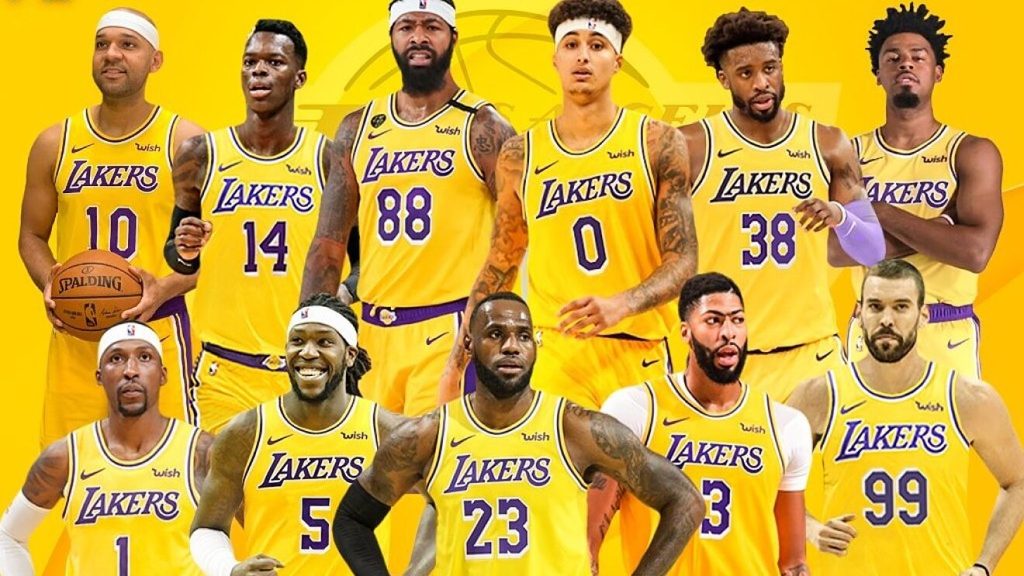 Sadly, the Los Angeles Lakers failed to deliver as per the expectations during the 2021-22 season. The Lakers finished at the 11th spot in the Western Conference and failed to make it to the playoffs. The franchise was considered the favorite to lift the title this season. However, injuries to star players like Lebron James and Anthony Davis proved brutal for the team. Meanwhile, their offseason recruits like Russell Westbrook and others could not perform consistently, resulting in a miserable season for LA. However, the Lakers are looking to regroup and come back stronger during the 2022-23 seasons.

The first order of business for the LA front office was to get rid of their head coach Frank Vogel. The Lakers would look to restructure their team and learn from their mistakes during the 2021-2022 season. While fans want the Lakers to build a completely different team around James and Davis, it would be wise to retain some of the players who have delivered despite the chaos around the team.

The young guns of The Lakers, like Malik Monk and Stanley Johnson, have put up some strong performances this season and could complement LeBron and Anthony in the upcoming season. Let us look at the players from the current roster who could prove crucial for the Lakers next season.

Malik Monk has been the most consistent player for the Lakers after LeBron and Anthony in 2021-2022. Monk scored at an average of 13.8 points per game while shooting 47.3 percent from the field and 39.1 percent from beyond the arc. He has also impressed the fans with his clinical performances during his first season for the Lakers. Fortunately, Malik has fit in pretty well in a team led by all-time greats like LeBron James.

Moreover, the Lakers outscored its opponents by 6.3 points per 100 possessions when Monk was on the court compared to him being off. LA is in desperate need of shooting and offense around James and Davis. And the 24-year-old provides a lot of offense and athleticism to the team. Recently, NBA insider Marc Stein reported that the Lakers are considering waiving Russell Westbrook using the waive-and-stretch provision to cement Monk’s stay on the team.

The Kentucky University alumni will be an unrestricted free agent in the upcoming offseason. Hence, it would not be wise for Los Angeles to leave a young player with Monk’s potential in free agency. The Lakers must find a way to make Monk stay for the upcoming season if they want to win the championship in 2023.

The Lakers have clearly struggled with their ineffective defense all season long. They have one of the worst records in terms of defense, losing a lot of games by giving away many points during the fourth quarter. LA had a defense rating of 112.8 and secured 23rd position on the Team General Defense ratings. The Lakers recruited the likes of Kent Bazemore and Trevor Ariza to solidify their defense. However, Stanley Johnson stepped up to the responsibility and fulfilled the role for the majority of the 2021-22 season.

Further, the Lakers have the perfect opportunity to keep the 25-year-old without going into a bidding war with other franchises. If the Lakers retain Johnson, it would be a perfect opportunity for the former lottery pick to grow and become a better player in LA. Los Angeles needs some young blood because signing aging veterans did not prove to be the right move for the team this season.

Dwight Howard has served three tenures with the Lakers throughout his career. He returned to the Lakers during the 2019-20 season. As a result, the team won another NBA title that year. The Lakers would have regretted letting go of Howard, and they should not make the same mistake again. Further, Dwight is heading towards the dusk of his career, with a couple of years left to play. Howard is not known for big minutes on the court. But he has proven himself to be a great asset for the Lakers.

Last season, the 36-year-old had one of the best VORP (Value Over Replacement Player). VORP is an estimated box score of points per 100 possessions compared to the contribution of the replaced players in an 82-game season. He had a recorded VORP of 0.4, much higher than other Lakers prospects, except James, Davis, Monk, and Carmelo Anthony. Howard is keen on staying in LA for multiple seasons. He could prove to be valuable for the Lakers next season.

A mix of current roster players and new recruits could prove to be handy for the Lakers in a team that needs to play around all-time MVPs like LeBron James and Anthony Davis.