Lakers Miss Out On Myles Turner As He Decides To Stay With Indiana Pacers, Confirms GM Buchanan! 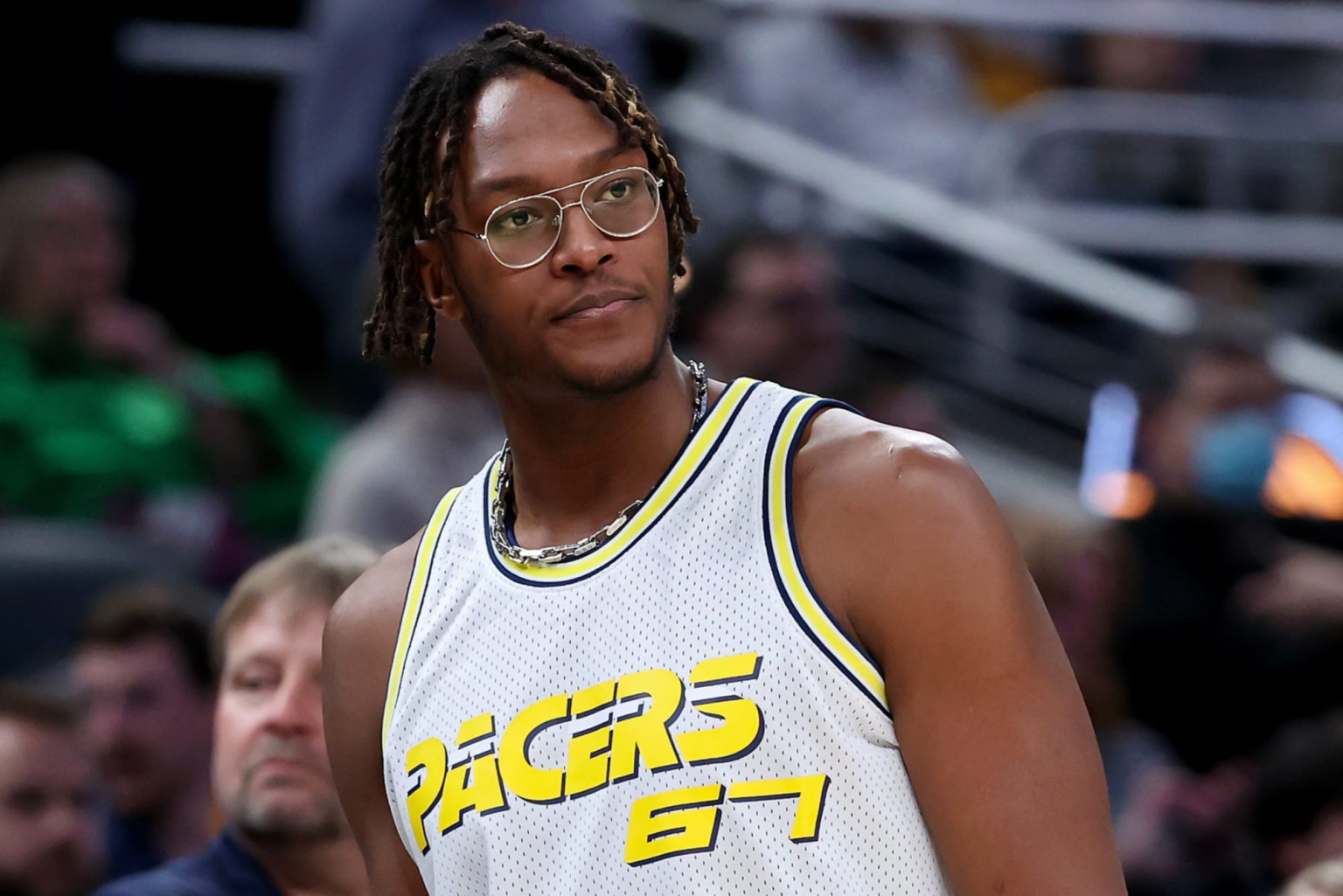 In their quest to rebuild their squad after the disappointing last season, LA Lakers have been actively trying to recruit several talented players during the trade window. Even though they have been successful in acquiring some of their targets, like Patrick Beverly and Dennis Schroder, there are some players they have missed out on. Previously there were reports that Myles Turner may head the LA side. However, now it is confirmed that he will likely stay with Indiana Pacers.

Myles Turner To Stay At Indiana!

With the news that Myles Turner will remain in Indiana, the Los Angeles Lakers’ reconstruction continues to lack direction as yet another goal appears destined to slip away from them. This week, trade discussions occurred between the Los Angeles Lakers and Indiana Pacers. However, Indiana asked for too much money when they demanded two unprotected first-round picks. The Athletic has confirmed the report.

Chad Buchanan, general manager of the Pacers, stated that Turner wouldn’t be leaving. He revealed that Turner would start for the club in the opening game of the new season. Myles Turner of the Indiana Pacers and Buddy Hield, a guard who is frequently referenced in Lakers-Pacers trade rumors and speculation, were also named by Charania.

He claimed the Lakers wouldn’t trade the pair for more than two unprotected first-round picks. The Pacers’ discussions also stalled, so the Lakers’ actions this season focused on replacing the supporting cast surrounding the Big Three of Westbrook, LeBron James, and Anthony Davis. Turner has handled the rumors like an “absolute pro,” according to Buchanan. He’ll also be a wonderful veteran to assist this new-look club gets a handle on things early on. As everyone is aware, the top shot blockers in the NBA will eventually be needed by another club.

Turner has reportedly been a trade target for a while now. Turner will nonetheless open the season with Indiana. Prior to experiencing a stress reaction in his left foot that ended his season after 42 games, he averaged 12.9 points, 7.1 rebounds. And 2.8 blocks per game the previous season.

While attempting to shape their roster for the next season, the Lakers continue to be active on the market. Dennis Schroder’s comeback has already been confirmed after he made an impression at EuroBasket. He may take the position of Russell Westbrook, who they are eager to get rid of. On October 18, the Lakers will open the season on the road against the Golden State Warriors, the reigning champions.

Also Read LA Lakers Planning To Acquire Myles Turner And Buddy Hield From Indiana Pacers! Not Looking To Sign Beyond 2023

Share. Facebook Twitter Pinterest LinkedIn Tumblr Email
Previous ArticleLuis Severino Is Set To Make His Returns To The Yankees Nearly After Two Months! Update On Zach Britton & Matt Carpenter
Next Article Charles Leclerc Get Back At Lewis Hamilton With A “Freezing” Comment! Is This Another Rivalry?