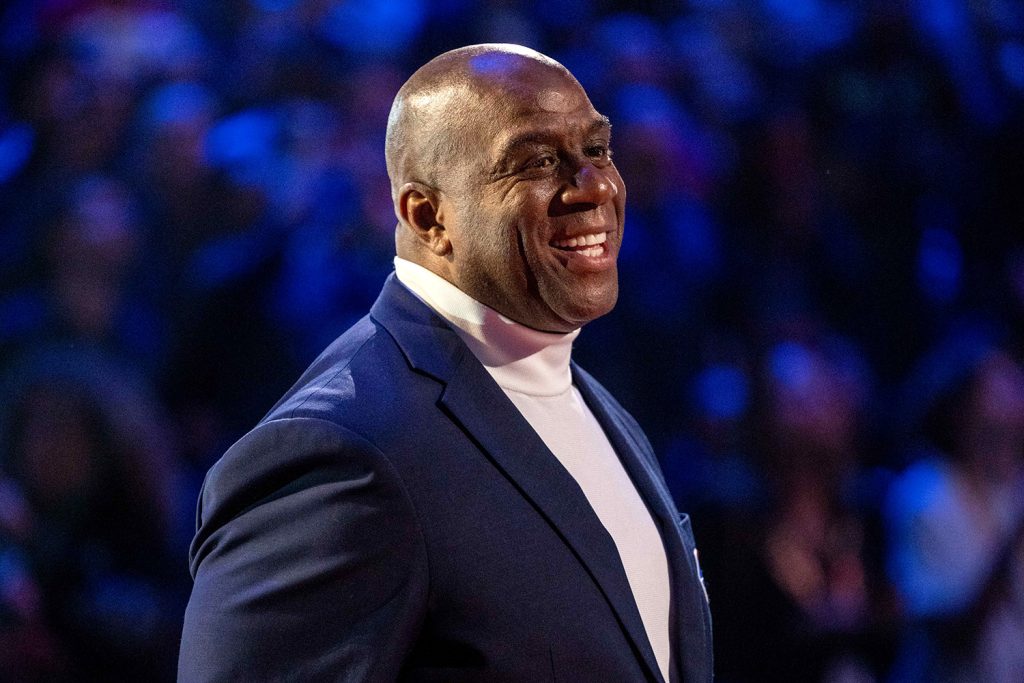 Last Sunday, NBA lost one of the greatest legends to have ever blessed the game. The legendary Boston Celtics star Bill Russell passed away in the presence of his family at the age of 88. The five-time NBA MVP led the Celtics to a breathtaking 11 NBA championship. He dedicated his whole career to Boston and won eight consecutive rings with the team between 1959-66.

Bill Russell spoke openly against social injustice and racism in and out of the court. He actively fought for Black rights and became the first black NBA Hall of Famer in 1975. Russell was also honored with the Presidential Medal of Freedom in 2011 for his contribution to fighting for civil rights and equality.

The fraternity poured in tributes for the Boston legend who fought for equality in the league every step of the way and won 11 titles at the same time. And recently, the Lakers superstar Magic Johnson has urged the NBA to retire the No. 6 jersey from the league in honor of Bill Russell. The five-time NBA champ too shared a tweet on Wednesday, urging the NBA commission Adam Silver to retire the No. 6 jersey across the league to immortalize Bill Russell’s legacy.

Johnson asked for a gesture similar to what the MLB did by retiring Jackie Robinson’s no. 42 jersey in 1997. The 6-time MLB All-Star was the first African-American to play in the major league in the modern era. However, if the NBA retired the no. 6 jersey, Lakers’ LeBron James might have to give up on his favorite number.

Why is No. 6 Special For LeBron James?

The four-time NBA champ switched from no. 23 to no. 6 in 2021. James played in the no. 23 jersey for the most part of his career in Cleveland, Miami, and three seasons with the Lakers. However, the 18-time All-Star shared that no. 6 is quite special for him and his family. It had always been a part of him. The 37-year-old added, “Numbers and things of that nature to what I believe in and things of that sort, but my mentality doesn’t change.”