LA Lakers Interested In Three Jazz Veterans As Utah Plans To Reshuffle The Squad! Who Are They? 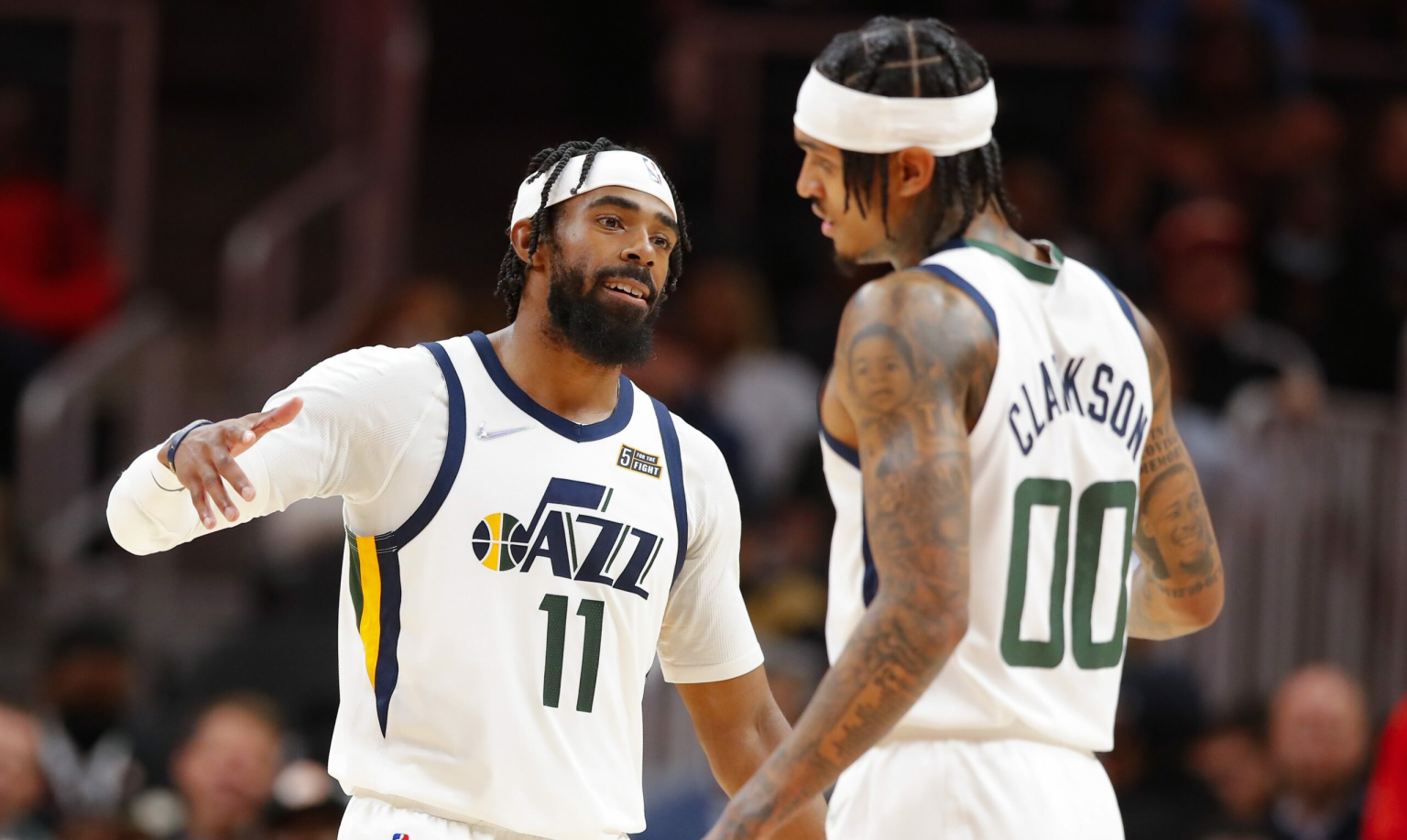 Last month, news came that Utah Jazz point guard Patrick Beverly was traded to LA Lakers. Later, the Jazz also traded Donovan Mitchell to the Cavs. Now, further reports indicate that Jazz might still not be done for the trading season. As per the recent news, Utah Jazz is looking to trade Bogdanovic, Conley, and Clarkson trio. And it is not much surprise that LA Lakers are interested in the trade. So, will the transfer take place? Keep reading to find out.

Jazz fans might have made peace with Donovan Mitchell‘s departure from the side. However, Danny Ainge is still not done trading players for the upcoming NBA season. The LA Lakers took some risky moves this offseason, including signing free agents and adding Patrick Beverley to the roster. However, the most recent rumors suggest that the Lakers’ roster could not be finalized. The fire sale by the Utah Jazz has the Lakers’ interest.

Bojan Bogdanovic, Mike Conley, and Jordan Clarkson are the three Jazz players in which the Lakers are interested, as claimed by USA Today’s Jeff Zillgitt. There are “a number of sources” as to why the purple and the golden might consider Utah’s veterans. After trading Donovan Mitchell and Rudy Gobert to the Cleveland Cavaliers and Minnesota Timberwolves, the Jazz is still hoping to unload additional veterans to maintain reloading for the future.

Meanwhile, Russell Westbrook continues to be a member of the team despite rumors linking him to other NBA teams like the Indiana Pacers. However, he will reportedly join the Lakers at the start of training camp. The final year of Westbrook’s contract is currently upon him. As a result, Russell Westbrook’s time with the Lakers might come to an end soon. This would put the team on the road to signing Kyrie Irving and set up LeBron James’ desperate attempt to add to his four championship rings. Although, adding Conley and Clarkson to the roster might not meet the Lakers’ requirements. Clarkson has an opt-in for the 2023–2024 season, and Conley’s contract is valid through 2024. Bogdanovic is the lone Jazz player with an expiring contract out of the three. Conley is under contract through the 2023–24 campaign.

This summer, the Utah Jazz have begun to restructure their roster. Donovan Mitchell, Rudy Gobert, and Royce O’Neale were all moved by the Jazz to the Brooklyn Nets, Minnesota Timberwolves, and Cleveland Cavaliers, respectively. And now, three more players are apparently available as they continue their fire sale. However, the question arises, will LA trade the three Jazz players to add to their roster? Only time will tell.

Also Read Will LeBron James Retire With Los Angeles Lakers? Jeanie Buss Hoping For The King To Stay Till The Last