Kyrie Irving Regrets Leaving LeBron James & Cleveland In 2020! The Nets Point Guard Feels The Cavs Would Have Won More Championships If He Stayed 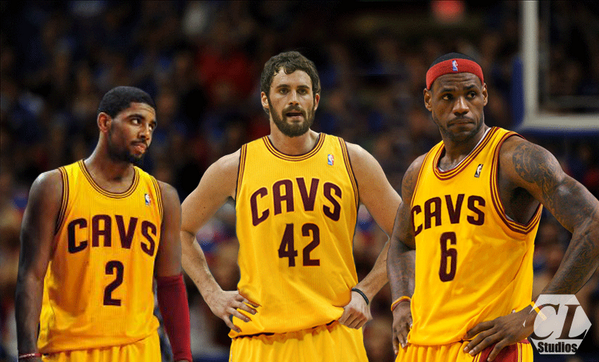 Kyrie Irving won the only NBA championship of his career with the Cleveland Cavaliers in 2016. The Nets point guard is one of the best basketball players in the world. But the best phase of his career came during his partnership with LeBron James in Cleveland. The dynamic duo led the Cavs to three NBA finals along with a championship win. Cleveland was one of the most powerful teams with the likes of LeBron, Irving, and Kevin Love. However, shocking, Kyrie asked for a trade in the summer of 2017 after winning the championship. Irving’s decision to leave a championship-winning team did not make any sense at all at that moment.

Kyrie’s trade news led to the rise of speculations that Irving may not be willing to play in the shadow of LeBron James. Recently, the seven-time NBA All-Star shed some light on the whole trade issue during the latest episode of the “I am Athlete” podcast. The 30-year-old said that his decision to leave the Cavs was more about his personal life than basketball.

The 2012 Rookie of the year stated that if he had the same maturity and understood who he really is now, he would have stayed with the Cavs. Irving shared that he looks back and thinks that his presence in Cleveland would have certainly brought some more championships for the franchise. Moreover, the Nets point guard mentioned that he had a brilliant man-to-man understanding with LeBron James. However, Kyrie is not good at sharing his emotions. The former Cleveland star added, ” I didn’t know how to do that. So instead of sharing, I isolated myself.”

Irving admitted that he regretted not reaching out to LeBron James during the time he requested the trade. Further, the 30-year-old wishes that he had talked to LeBron about the trade. It would have helped him understand what the future held for both of them. Kyrie is aware that his partnership with James has too much power, and they could have run Cleveland together. Irving thinks that being able to put a better team together each season would definitely have been worth it with the Cavs and James.

However, Kyrie Irving’s immaturity got the better of him, and the duo was broken after he left in 2017. James stayed in Cleveland for one more year before moving to the Los Angeles Lakers. The Cavs have not won a trophy since the two legends left the franchise. Kyrie would definitely regret his decision as he has not been as effective as he was with LeBron James since then.