Khari Willis Net Worth: Why Did He Quit Football? Find Out Here 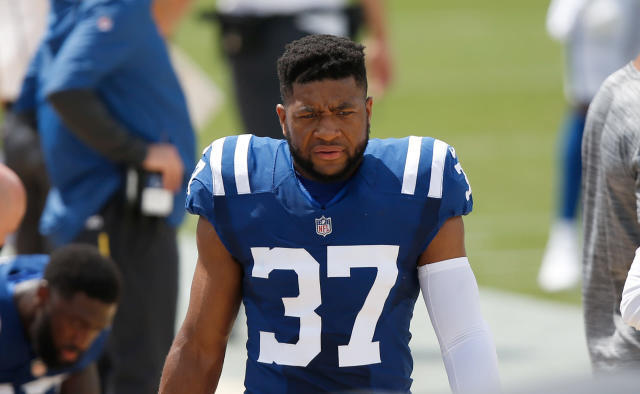 Khari Willis is a professional athlete and American Football Safety who has played for the Indianapolis Colts in the National Football League. On June 15, to the surprise of everyone, Kharis announced his departure from football to pursue preaching. Thus, many fans are curious about how much fortune Khari walked away with. So, keep reading about Khari Willis’ net worth & his career achievements.

Khari Willis And The Colts!

Khair’s NFL career started when in the fourth round of the 2019 NFL Draft, The Indianapolis Colts picked him. To move up and select Willis, the Colts traded two fourth-round picks to the Oakland Raiders in the 2019 NFL Draft. In 2019, he was the tenth safety to be chosen. Willis signed a four-year, $3.28 million contract with the Indianapolis Colts on May 13, 2019, including a $767,104 signing bonus. In Week 1 of the 2020 season against the Jacksonville Jaguars, Willis recorded his first career sack on Gardner Minshew during the 27–20 loss.

During the game against the Minnesota Vikings, Willis picked off a ball thrown by former Spartan Kirk Cousins for his first career interception in a 28–11 victory. Willis intercepted a ball thrown by Derek Carr and returned it 50 yards for a touchdown in a 44–27 win over the Las Vegas Raiders in Week 14.

Willis was named the Colts’ starting strong safety for the 2021 season. On November 4, 2021, he was placed on the injured reserve after starting the first six of seven games. On December 4, he was activated. Willis announced his retirement on June 15, 2022, to devote his attention to full-time preaching.

Fans of Indianapolis Colts and Khari Willis were thrown off when the 26-year-old American Footballer announced his retirement abruptly. In an Instagram post announcing his retirement, Willis wrote, “With much prayer and deliberation, I have decieded to officially retire from the NFL as I endeavor to devote the remaining of my life to the further advancement of the Gospel of Jesus Christ.”

The 26-year-old starter was about to enter the last year of his rookie deal. He was eligible to be a free agency in less than a year, with the possibility of a substantial increase in his second deal. The Colts were so confident in Willis’ abilities at the time that they moved up 20 spots to obtain him in 2019. Midway through his first season, Willis took over as the team’s starting strong safety. Quickly establishing himself as a reliable starter with outstanding leadership skills.

Willis started 33 out of 39 games he played throughout his three-year career, totaling 219 tackles, four interceptions, and 3.5 sacks. Willis is recognized as a fierce competitor who helped the Indianapolis Colts defend against the run.

Khari Willis has proved his capabilities in the Football arena for only three years he played. Meanwhile, the athlete has also earned handsome money from his short career. According to some estimations, Khari Willis owns a fortune of about 4-5 million as of June 2022. In his first three seasons in the NFL, Khari made over $3 million, including a basic pay of $2.54 million in 2022.