Jordan Montgomery Takes A Dig At The Yankees After Third-Straight Win With The Cardinals! 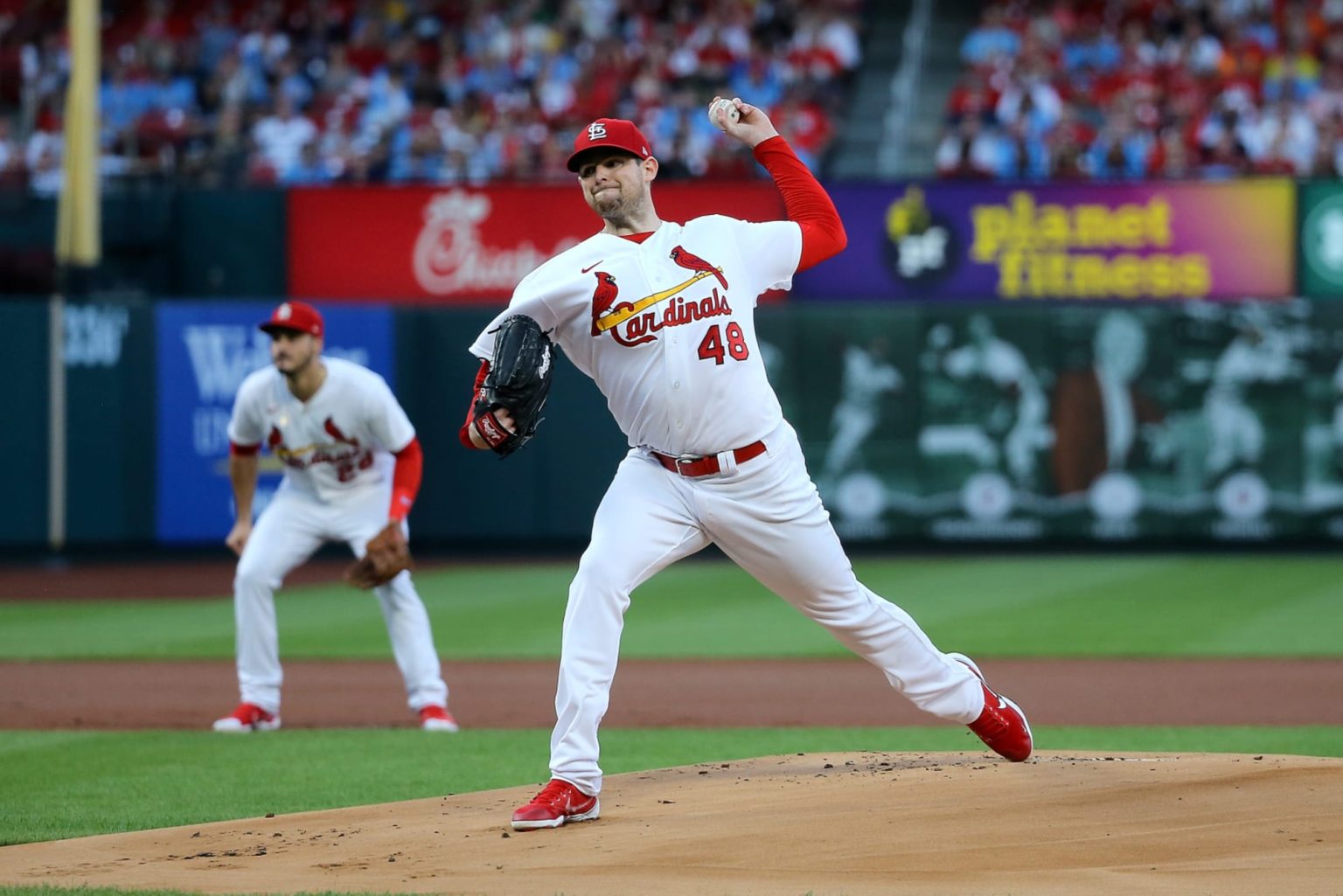 Lately, the New York Yankees traded their southpaw pitcher Jordan Montgomery to the Cardinals in exchange for injured outfielder Harrison Bader. The 29-year-old had a tough time with the Bombers in recent times. However, his performance has seen significant improvement since his move to St. Louis.

The Cardinals pitcher has been quite good in his first three starts for his new team, going 3-0 with an ERA of 0.53. He has also struck out 17 batters and walked just three in 16 2/3 innings. Jordan Montgomery clinched his third straight win with the Cardinals as he led to a 5-0 victory against the Colorado Rockies on Wednesday. Surprisingly, Montgomery gave way just one earned run in 5.2 innings and struck out eight players.

After the win against the Rockies, Montgomery was asked what had changed for him after his move from New York to St Louis. The Cardinals pitcher suggested that nothing really changes. He was tipping pitches against the Mets and Kansas City and required one pitch to turn his form around. Jordan claimed he is a competitor. He always tries to win every game and wants to be a guy that the team relies on. He added, “Getting traded is a part of the business. I know what I’m worth, and I think the Cardinals know what I’m worth.”

It was positive how quickly Montgomery managed to fix his problems after terrible outings against the Mets and Royals. He had no issue with the Yankees not believing in him to be their No. 4. It would be good for him to move to a team who prefers crafty-left-handers.

Did The Yankees Miss A Trick With Jordan Montgomery?

Meanwhile, the Cardinals manager Oliver Marmol was thrilled with Montgomery’s arrival in St. Louis. Marmol reckoned Jordan was perfect on Wednesday and turned out to be tougher than he had imagined. According to Oliver, Montgomery is a mellow, low-key kid with ultra competitiveness. He added, “Loving being out there. Like today, he didn’t want to come out of that game.” Jordan was on fire on Wednesday as he threw 60 strikes out of the 87 pitches.

However, Montgomery is not the only southpaw traded by the Yankees during the trade deadline and is making an impact elsewhere. JP Sears has been good in his first two starts with the As, Hayden Wesneski is settling well with the Cubs, while Ken Waldichuk also started well for the Triple-A Las Vegas.