Is DJ LeMahieu Fit To Return To The Yankees’ Bullpen? Miguel Andujar In Dilemma 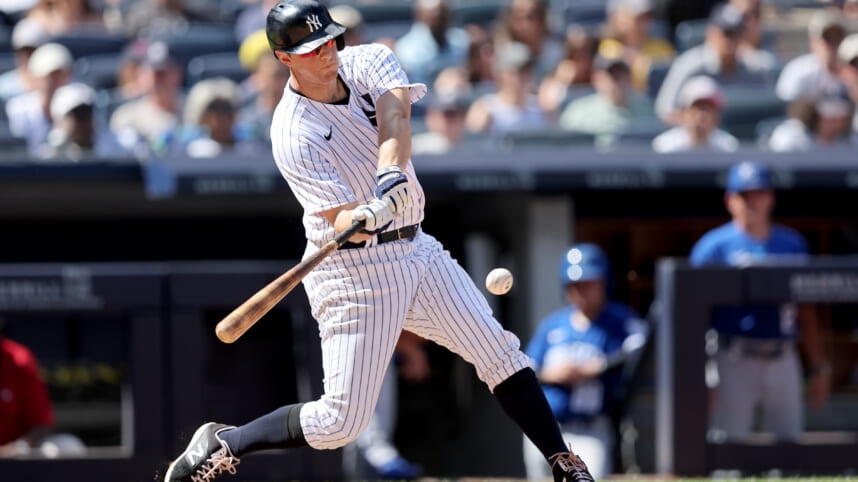 After having a disappointing start to MLB 2022 season, the New York Yankees finally managed to get their campaign back on track. Thanks to Aaron Judges’ impeccable form, the team secured a spot in the playoff on Thursday. However, the bullpen is still missing a few of its key players due to injury concerns. Lately, the team hoped that by the time the playoff starts, DJ LeMahieu would be back on the side. But is that really the case? Let’s find out.

Is DJ LeMahieu Ready To Return To The Bullpen?

DJ was injured by the Yankees a few weeks ago after being smacked in the toe. At first, they had hoped for his return from the injured list to occur during this homestand. LeMahieu was only allowed to take ground balls at third base and subpar batting training on Friday at Yankee Stadium. Although he claimed to be feeling better, he nevertheless mentioned that his right second toe was inflamed two weeks after being placed on the 10-day IL. He also stated on Friday that his present physical condition prevented him from playing.

LeMahieu talked about making a comeback on Friday in the Yankees bullpen. He claimed that after two weeks, things had slightly improved. There are still around two weeks or a week and a half remaining in the season. And to avoid having to ramp it up again, he does not want just to shut it down. He is therefore maintaining his readiness to the best of my ability.

He further stated, “I don’t think at this point, it’s really going to go away. So I think it just stays ready, and just go to them know how I feel and I’ll be ready to go. Whenever that day is.” The Yankees may give LeMahieu such opportunities in practice games before the postseason. But according to manager Aaron Boone, LeMahieu could only get so many opportunities to bat when he returns.

Before the All-Star break, LeMahieu started battling foot soreness. He attempted to address it with a cortisone injection over the break. However, it didn’t help, and things are now worse. LeMahieu finds it annoying when he moves about the field, runs the bases, and hits.

Miguel Andujar Is Frustrated With Yankees’ In & Out!

For quite some time, Miguel Andujar has been in and out of the Yankees bullpen quite frequently. Andujar has struggled to establish a routine in New York due to his continual movement between Triple-A and the main leagues. So, it comes as no surprise that they would have lost patience. Long-time New York Yankees player Miguel Andujar has been dissatisfied with his playing time. His tenure with the Yankees might be coming to an end at this point.

A couple of months ago, there were reports that Miguel is finally done with the side and has requested his transfer to some other team. He could now finally obtain what he wants. Andujar could be finished with the Yankees and free to look for a job elsewhere. He could still have a chance to join another team in the summer, even if he is stuck in the minors for the remainder of this year.

Also Read Yankees Are Trying To Get The Friday Game Against Red Sox To YES Network! Will Aaron Judge Get His 61st Homer?