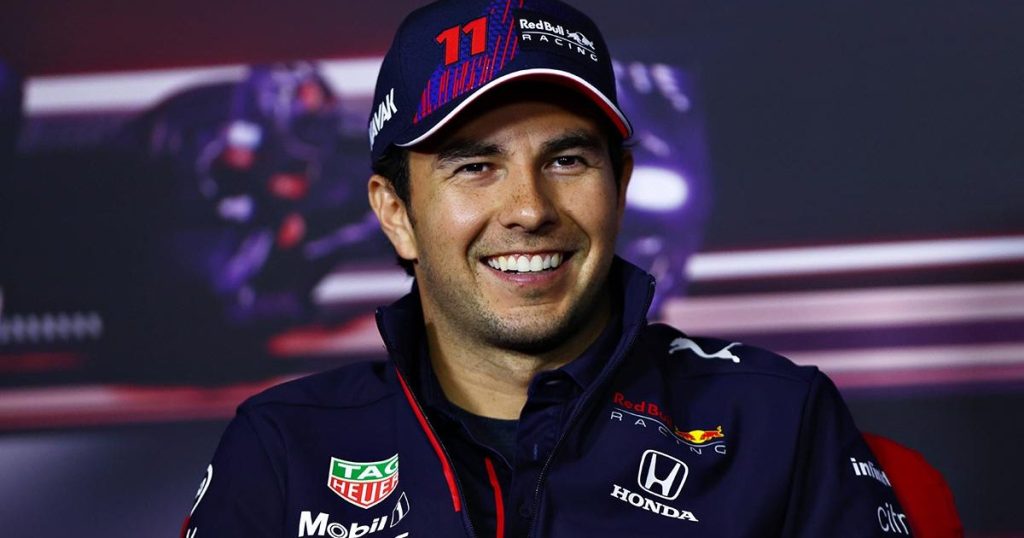 Although six races are left in the current season, the title race may already be done. Red Bull’s Max Verstappen is unquestionably in the lead with a 116-point advantage over Ferrari’s Charles Leclerc, who is in the second position. Although Sergio Perez, another member of his Red Bull squad, has given up the championship. He admires Max Verstappen’s accomplishments. But he is still planning to contend in 2022. He thinks his performance has shown that he is “as competitive” as Max.

What Did Sergio Perez Say About His Performance This Year?

Verstappen is leading Charles Leclerc by 116 points in the drivers’ standings going into Round 17, the Singapore Grand Prix. Checo is ahead of Mercedes’ George Russell by seven points. With 210 points, Sergio Perez is presently third overall, nine points behind Leclerc. George Russell, the new driver for Mercedes, is lagging behind the Mexican with 203 points in the standings. Although Perez doesn’t seem very concerned about taking second place, even if you believe anything he says.

Perez stated to Fox Sports Mexico that he wanted to end the season strong, competitive, and with victories. Being second or third doesn’t matter to Max because he will be the winner, allowing him to pursue a second championship in 2022. The driver thinks he has proven his capacity to compete against Verstappen in several races this year. Although this was technically impossible, Sergio Perez believes that with Red Bull Racing over the next three years, he will grow even more.

For the second consecutive time, the F1 drivers’ trophy will be housed in Milton Keynes’ trophy case. Although Red Bull now has a shot at winning the F1 constructors’ championship in 2022, thanks to Sergio Perez. He stated, “It has been an important year because the team has seen that I can be as competitive as Max. We are analyzing it so that we are fighting for the title in 2023.”

Earlier in the season, Sergio Perez was considered a contender for the 2022 championship title. However, he has failed to establish consistency after making adjustments to his RB18, which has not helped him. Red Bull has acknowledged that Checo’s preferred vehicle setup is no longer feasible, given the way their RB18 is developing.

The Red Bull driver’s latest five races highlight his problems. Only once during that span did Sergio Perez rank in the top three, in second place, in Belgium. His sixth-place finish at Monza last time out was his poorest finish in any race he entered in 2022. Perez is currently 125 points behind team-mate Verstappen, who has all but guaranteed back-to-back titles after winning seven of the nine races since the Monte Carlo event. The Mexican, in contrast, has just three podium finishes over that period, two DNFs, and one triumph.