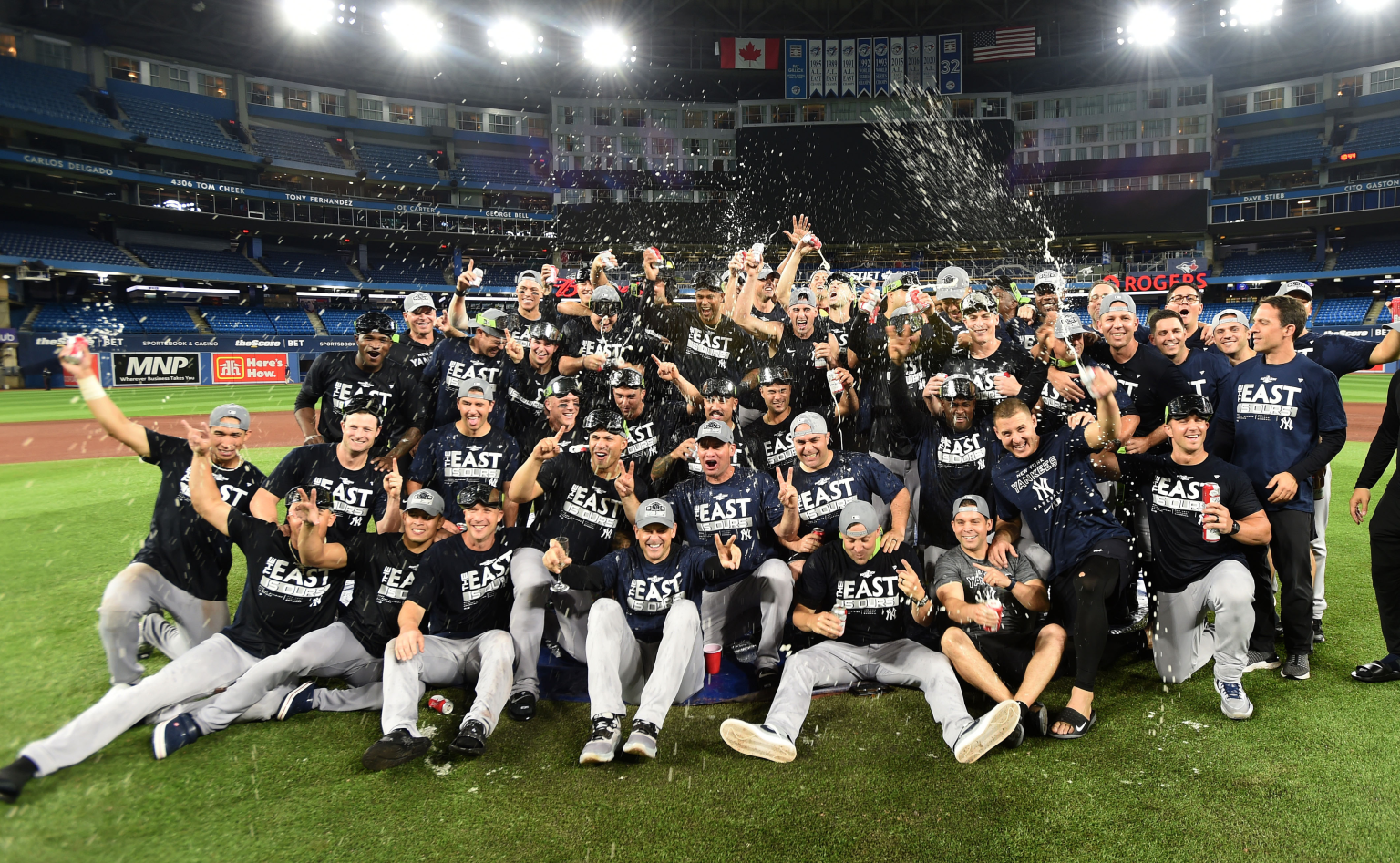 Looking at the mid-season performance of the Yankees in the 2022 MLB, many people ruled the team out. However, the Pinstripe Blues have managed to stage a phenomenal comeback. Thanks to Aaron Judge’s Home Run streak and other players gaining the form at the right time, the team qualified for the postseason. And now, the Yankees have clinched the AL East title by crushing Blue Jays on Tuesday.

On Tuesday, the New York Yankees created history as they beat Toronto Blue Jays to claim the AL East title at Rogers Center. They won the game with a significant margin of 5-2 against the Blue Jays. This was unforeseen, given the poor start of the season for the team.

The timely hits by Yankees players Aaron Judge, Anthony Rizzo, and Gleyber Torres collected some RBI hits in the scoring position. This turned out to be the deciding factor between the two teams, and got the job done for the team. Meanwhile, Rizzo singled to right field in the top of the third inning to bring in the first run for the Yankees. And Torres singled the very next time he came to the plate.

The Yankees’ victory in the AL East is their 20th overall championship and their first since they won 103 games in the regular season under manager Aaron Boone in 2019. With the victory, the Bronx won the AL East for just the second time since 2012 and for the first time since 2019. Following their first-round bye in the playoffs, the Yankees will now have a home-field advantage in the ALDS.

The Bombers enjoyed a strong start to the 2022 regular season, going 69-34 before the month of August. They have, however, dropped 14 of the last 20 contests, losing ground in the American League to the Houston Astros. However, the Yankees recovered in September, winning 16 of their last 23 games as of Tuesday. The Yankees have triumphed in eight of their last nine games.

Aaron Judge went home runless for the sixth straight game on Tuesday against the Blue Jays, even though the club was celebrating their collective success. The illustrious slugger is still one home run short of breaking Roger Maris’ AL and team record of 61 home runs in a single season.

The Yankees’ powerhouse had a game-low 0-for-1 average with two runs and four walks. A record-breaking 61st home run by Aaron Judge may have eluded him for the eighth game in a row. However, the delight of his team winning the AL East title was nothing less. And fans are hoping that Judge will cross the 61 HR milestone in the upcoming games of the team.