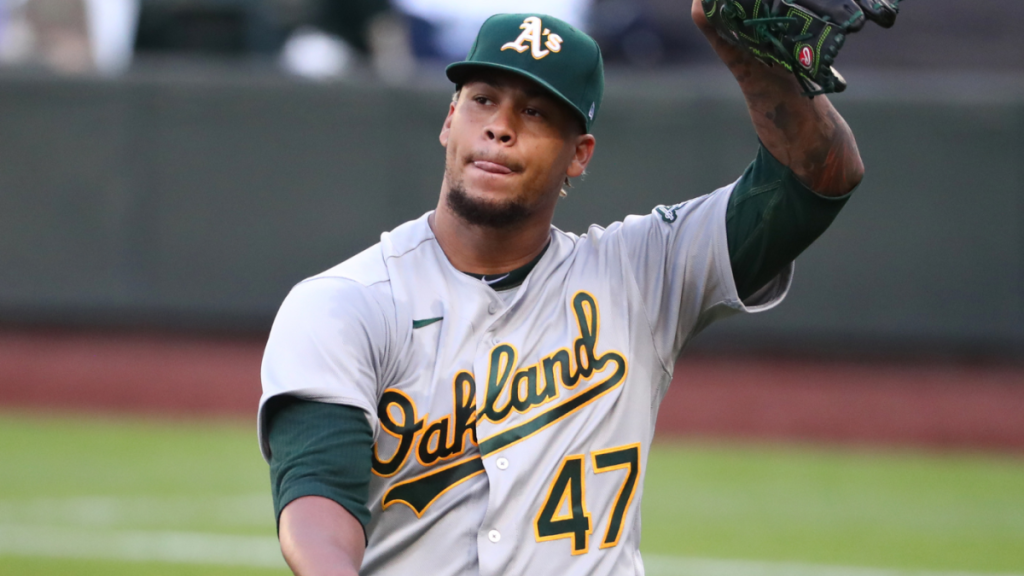 The Yankees recently acquired Oakland Athletics’ top starting prospect Frankie Montas during the final few moments of the August 2 trade deadline. The Bombers pitcher is expected to make his Yankees debut on Sunday against the Cardinals. New York acquired Montas along with Luis Severino from the A’s on Monday. The 29-year-old is currently on the bereavement list as he is away due to the passing of his mother-in-law. Frankie is expected to join the Pinstripers in St. Louis. And if everything goes well, he will be starring in Sunday’s game.

Frankie Montas has been actively throwing bullpen sessions in the interim and is healthy to make his debut. The Yankees are currently going at an AL East high 70-36 and are expected to be the contenders for the World Series for the first time since 2009. Hence, the bombers will need Frankie’s services to ward off the Astros and play a crucial role in the pitching department.

Yankees Lose To Mariners By 3-7

Meanwhile, the Yankees lost another game to Seattle Mariners on Wednesday by 3-7. However, despite the loss, the Yankees took the series by 2-1 with two back-to-back victories. Aaron Hicks had a tough outing on Wednesday as he went 0-for-4. Moreover, the outfielder missed out on a hit during the fifth innings as he line drove a 106.6 mph pitch, which was snatched by a dive from J.P. Crawford. Unfortunately, the Yankees’ center fielder has now gone 0-for-23 with just two walks in the last seven appearances. Talking after the 3-7 loss, the Yankees manager Aaron Boone told that Hicks was stringing together quality at-bats.

Elsewhere, Aaron Judge was given a rest day on Wednesday. He was benched against the Mariners ahead of an off day on Thursday, providing enough time for the outfielder to rest and recover. Boone and his staff have been working strategically to reduce Judge’s center field role and provide him with enough recovery time to stay healthy.

The Yankees also held a moment of silence in the memory of Vin Scully before the first pitch on Wednesday. Unfortunately, the Dodgers broadcaster passed away on Tuesday in the age of 94. Boone said he was lucky to have the pleasure of being around Scully many times. His kindness resonated around and remained stuck with him. Moreover, Zack Britton faced live hitters for the first time in Tampa after his UCL Surgery on Wednesday.

Share. Facebook Twitter Pinterest LinkedIn Tumblr Email
Previous ArticleOscar Piastri Confirms He Will Not Drive For Alpine In 2023 Hours After His Announcement By The team!
Next Article Lakers’ Russell Westbrook Hires A New Agent While Darvin Ham Plans On Removing The $47M Point Guard!