Formula One Will Test DRS In Zandvoort Of The Dutch Grand Prix! Pirelli Boss Opens Up 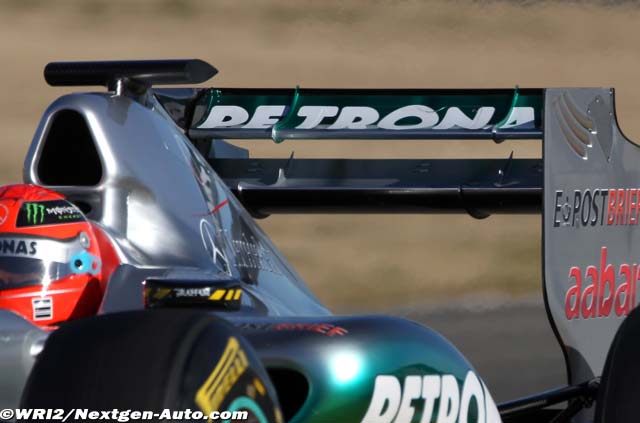 DRS was added to Formula 1 for the first time in the 2011 season to make races more entertaining. An F1 car’s rear wing has a retractable flap called the Drag Reduction System. By lowering aerodynamic drag, opening the flap facilitates an automobile’s acceleration and boosts peak speed. The mobile spoiler’s goal is triggered in less than a second after approaching the vehicle in front of the detection point. To prevent the loss of load aerodynamics at high speeds that might result in accidents. It is only utilized in a certain part of the track and is always on the straight. Recently, the FIA decided to test DRS at the next Dutch Grand Prix.

Max Verstappen’s meteoric rise to fame led to Formula 1’s first visit to Zandvoort since 1985 last year. Zandvoort’s sweeping Arie Luyendyk Bocht acquired 18 degrees of banking as part of the renovation to accommodate F1. This increased turning speeds. In order to increase the likelihood of overtaking on the main straight, Zandvoort’s second DRS zone was originally supposed to begin before the flat-out right-hander.

However, the FIA opted to shorten the zone till after the banked bend out of concern for safety. F1 will revisit the notion later this week with a full-length DRS zone to be tried during Friday practice. But after the lack of activity in the race last year, they decided against it. Formula 1 will test enabling DRS use in Zandvoort’s banked final curve during practice for the Dutch Grand Prix.

The technical director of FIA, Nikolas Tombazis, spoke about the DRS to the press. He said, “The current position is that we are going to have the DRS ahead of the final corner, so early on, to improve a bit the racing in Zandvoort.” Nikolas also mentioned that they are keeping an open mind on that and consider the feedback given by the teams about the DRS. He said, “We’ve asked them already in simulations. But also after FP1, we will be asking teams for their feedback.”

In the wake of the news that FIA will test DRS in Zandvoort, the director of the tire company Pirelli expressed his opinion. He remarked, “Usually when you open the DRS you transfer the load on the front. So you load a lot more the front tyres compared to the rear tyres.”

The move, according to him, would alter the weight on the tires. However, it was deemed too early to speculate on how Arie Luyendyk Bocht’s use of DRS might affect degradation. Isola believes that teams will switch to medium and soft compounds during the race due to the C1 compound’s lack of grip, and he anticipates that a two-stopper will result in more activity.