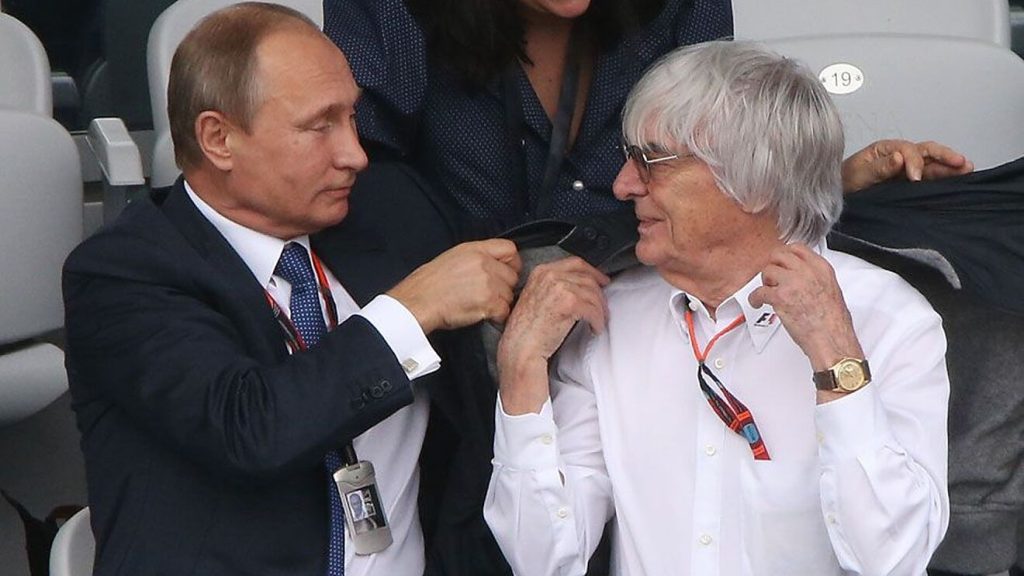 On Thursday, Former F1 boss Bernie Ecclestone stirred another controversy on ITV’s Good Morning Britain. The 91-year-old defended Vladimir Putin and claimed that he would take a bullet for the Russian president. Moreover, Bernie blamed the Ukrainian President Volodymyr Zelensky for he could not engaging in peaceful communication with the Russian president, leading to an attack on Ukraine.

However, F1 did not share the same views as its former CEO and condemned the remarks made by Bernie. The racing body stated that Bernie Ecclestone’s comments were his personal views and starkly in contrast to the sport’s modern values. Meanwhile, talking about Putin, Ecclestone told that the Russian president likes a lot of business people like the former F1 CEO did. He stated that both of them make mistakes sometimes and have to do their best to get out of it.

Moreover, Bernie said that the Ukrainian president used to be a comedian and thought that Zelenskyy wanted to continue that professional. The British businessman claimed that Zelenskyy would have definitely tried to speak to Putin. Bernie shared Putin was a sensible person who would have listened to the Ukrainian president and could have done something about it. He added, “I’d still take a bullet for him.”

The former F1 boss was reminded that Russia’s invasion of Ukraine took away thousands of lives. Bernie responded that the matter was not international as one country invaded another. The 91-year-old believed the invasion could not be called a war as it was not international. Moreover, Ecclestone was sure Ukraine would have gotten out if they wanted to get out properly.

Ecclestone Advises Hamilton To Be Happy About Piquet’s Apology

During the interview, Bernie was also asked about his opinion about Piquet using a racist slur to refer to Lewis Hamilton. Ecclestone revealed that he had known Nelson for a long time and met with him a couple of weeks ago. The Briton stated that Piquet did not mean something bad. Bernie said that Nelson thinks many things which might upset people and make them feel offended, but it is just a part of the conversation for Piquet.

Nelson Piquet’s recent interview from last year led to a major racial controversy. While discussing the British GP contact between Hamilton and Max Verstappen, Nelson referred to the seven-time world champ with the N-word in Portuguese. Ecclestone argued that Nelson would never go out of his way to say something offensive or racial. Piquet’s daughter is Verstappen’s girlfriend. Hence, Bernie felt that he might have exploded after seeing the crash and carried the anger forward. Moreover, the former F1 CEO thought that the comments were not as terrible as he said in Brazil.

Further, Bernie told that a lot of people would have made remarks about him being a little overweight and undersized. Ecclestone felt that he would have been able to deal with the remarks if he had known about them. Morover, the Briton was surprised that Lewis did not brush the issue aside or just replied. He added, “But he’s now come out and Nelson has apologized so everyone should be happy.”