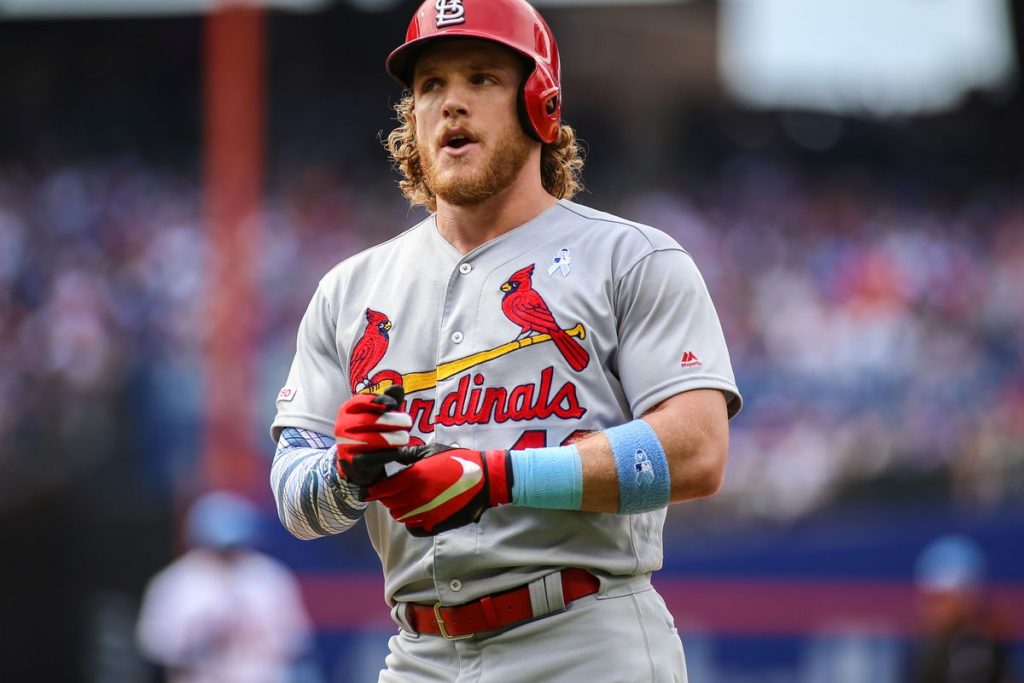 The New York Yankees acquired Harrison Bader during the trade deadline from the Cardinals. The Bombers traded pitcher Jordan Montgomery to get the 2021 Golden Glove winner. However, the centerfielder has not played since June 26 after suffering from a foot injury. Moreover, the Yankees outfielder hopes to make his debut in September after recovering from plantar fasciitis. Bader recently talked about his move to New York and how he has been dealing with an injury.

Talking before Tuesday’s game at the Bronx, Harrison Bader revealed that his journey so far with the Yankees has been tough. He walked in boots and wondered if the fans would think their time tarded for a guy in a boot. However, Bader insisted that there was a greater perspective involved and felt he was there for a reason. The Yankees centerfielder plans to get healthy and effective for the team soon. He felt it would be worth it as he would get a chance to put on the pinstripe jersey and prove his worth.

As per recent developments from Aaron Boone, Bader has moved into Phase 2 of his recovery. He has started working out in the pool and with an anti-gravity treadmill.

Garrison is likely to replace Aaron Hicks in the center field, allowing Aaron Judge to get comfortable in the right field. Bader hoped that he would get fit during the first week of September. He pointed out that the people on the medical staff were super-talented and had built a great program with time for the Yankees center fielder. He added, “I’m just following what they’ve got for me every single day. I don’t really feel it all right now, and a lot of that has to do with the progression that I’m in.”

Bader further told he would really like a chance to prove himself at the Bronx stadium soon. He refrained from talking about what he will bring to the table. The center fielder told that there was no point talking about it without having the ability to prove it as of now. Harrison is aware of what he could add to Yankees when healthy. He insisted on being focused on getting out there and performing without talking about it. Hopefully, he will be available soon as Hicks is really struggling in centerfield. And this will force Judge to play in his position for the first time since the end of July.