FIA’s New Technical Directive On Floors To Come Into Effect At The Belgian Grand Prix! 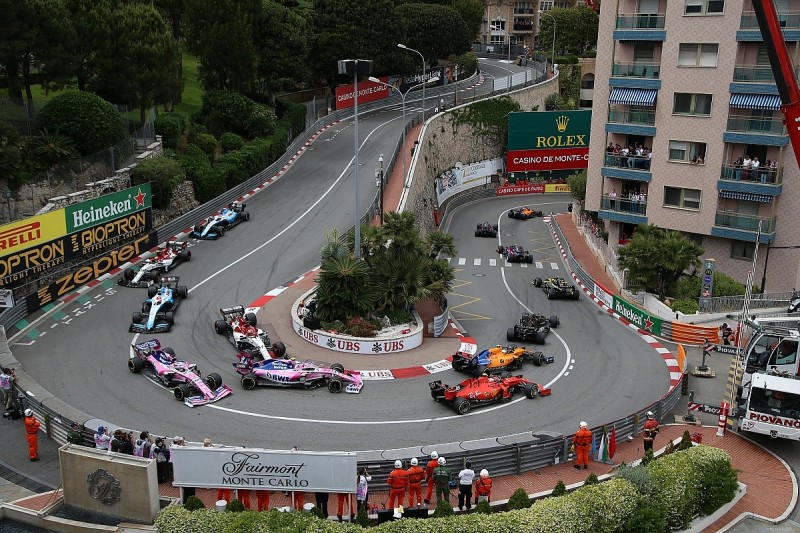 Lately, Formula One racing teams called for a change in the 2022 aero regulations to counter the effects of porpoising in the newly designed cars being used this season. The violent bouncing of the 2022 cars has troubled several outfits, especially Mercedes, which has struggled to control the porpoising. As a result, the eight-time straight constructors since 2014, the german outfit is only the third-fastest team this season.

Meanwhile, a number of drivers complained about the adverse effects of porpoising on them after the race in Baku. Thus, the FIA decided to intervene by introducing a new technical directive, TD039. It will restrict the number of vertical oscillations in the car and limits the flexibility of planks. The regulation change would be implemented during the Belgian Grand Prix in Spa.

The F1 governing body uses the technical directives to apply the regulations and control technological developments. The recent directive focuses on measuring the vertical acceleration forces through the car’s sensors and setting up a threshold limit. Thus, the FIA has specified the mounting ways of underfloor planks and skid plates. The sport’s governing body suggested two interpretations to meet the regulation, which defines the maximum limit of the plank’s flexibility. Thus, the teams will have to get their car right before Spa as only one of the interpretations would be accepted.

F1 first introduced the plank in 1994 to restrict the development of floors, which ran quite close to the ground. Thus, it posed a threat of the airflow stopping suddenly and dangerously. The plank was fitted as a central part of the floor with spaces on either side, solving the airflow issue.

The plank allowed the teams to take development in a different direction from super-low ride heights. It allowed the generation of underfloor downforce by running the floor at a rake angle. Moreover, cars ran with greater ride heights before the 2022 regulations. The planks keep a check on the amount of rake which could be run. However, the plank’s leading-edge made contact with the ground once the rake angle went beyond a certain degree. Meanwhile, the rest of the plank protected the mechanical components above it. But, with the venturi-tunneled 2022 cars, the emphasis has shifted back to running the floor as close to the ground. Thus, the whole plank length becomes a limitation to running the car down low.

Moreover, the aerodynamic porpoising can be limited by providing a cushioning effect to the plank. That would help the cars run lower and generate more downforce. The modified plank is towards the back, near the venturi tunnel’s stall point, resulting in greater downforce. The FIA decided not to specify a similar limit to vertical accelerations on the interpretations of the plank flexibility regulation.

Further, when a car bottoms, the plank touches the ground and starts wearing off. Thus, the governing body has set a limit on how much wear would be acceptable. It would be thrilling to find how the new regulation affects Red Bull and Ferrari at the Belgian GP. The two outfits were in suspicion of finding a flexibility loophole, following which the FIA introduced the limitation.