Ferrari Will Have An ADVANTAGE Over Red Bull In Singapore Grand Prix! Carlos Sainz Optimistic 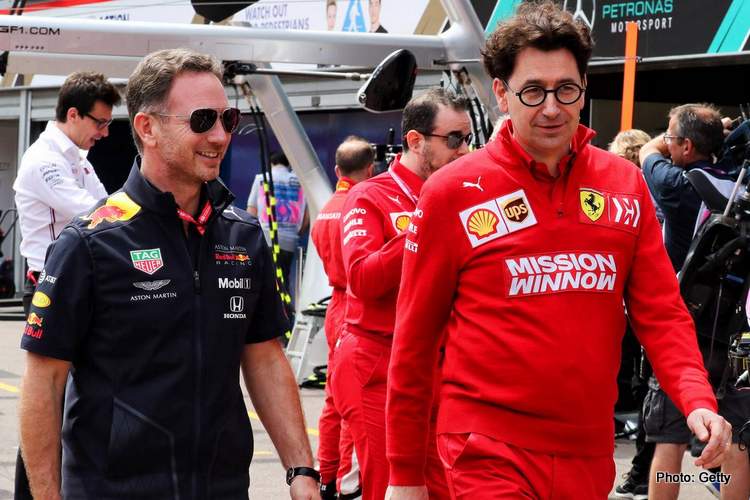 The difficulty of overtaking in F1 during the era of ultra-high downforce forces the teams to frequently concentrate on setting up their cars to advance in qualifying. The motorists at the rear find it difficult to catch up while also putting more tire wear on themselves than the one in front. However, the return to ground effect designs for 2022 have reduced the amount of additional sliding caused by drivers coping with erratic oversteer snaps.

Ferrari has won 10 pole positions against Red Bull’s five thus far. However, Verstappen’s team was able to overtake opponents in races more frequently than not. As per the stats, in comparison to Red Bull’s RB18, Ferrari’s F1-75 package has often performed better on circuits with more downforce.

The Singapore GP has several single-line, medium-speed turns, and its acceleration zones aren’t as long. This combo may undo the enhancements to F1’s overtaking display at the Marina Bay Street Circuit. Therefore, it would motivate teams to emphasize qualifying and rely on their drivers to hold onto better grid positions, as was the case in the previous seasons. Such a strategy would benefit Ferrari’s superiority in qualifying this weekend while also relieving pressure on their previous race-pace meltdown versus Red Bull.

Ahead of the upcoming Singapore Grand Prix, Ferrari driver Carlos Sainz talked about his expectation for the forthcoming event. He believes that Ferrari will have a strong chance of challenging Red Bull for the constructor’s championship. The Spanish driver underlined the car’s performance in qualifying and its track position. He also gave some thought to the previous five or six races between Ferrari and Red Bull.

Sainz stated, “I mean if they think we are going to be competitive, imagine what we think how they’re going to be if they won the last five or six races.” The Scuderia driver pointed out that they can certainly put up a fight with Red Bull during the qualifiers.

All year long, there has been fierce competition between the two red teams. Compared to other outfits, Ferrari kept a faster pace. They, however, did lose steam and made a lot of blunders as the season’s turning points approached. For Ferrari, the upcoming race in Singapore will be a crucial test. The race could go any way, even though the Marina Bay track should favor the Maranello team. A bad team call, a DNF, or any other blunder will always be a terrifying possibility for the team.