Ferrari Find Themselves In A Realistic Second-Place Fight With Mercedes In The 2022 F1 Championship! 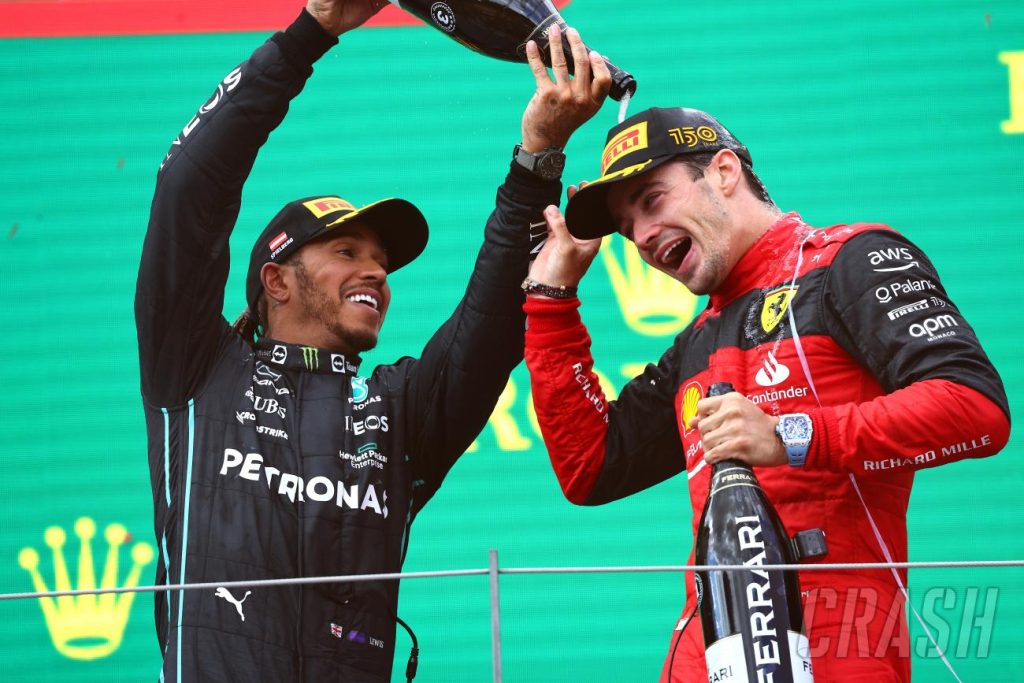 Ferrari and Red bull are in the fight for the 2022 F1 championship contention this year. However, the Italian outfit might realistically be a part of the second-place battle with Mercedes, who are improving their performance with each race. It is safe to say that Mercedes is still far behind Red Bull and Ferrari in terms of pace. However, the Silver Arrows have benefitted from the frequent reliability concerns from the front-running outfits, especially Ferrari. Last week, Red Bull’s Max Verstappen won his second consecutive and eighth overall race of the season at Hungaroring while Lewis hamilton and George Russell secured their second double podium finish.

Most of Mercedes’ success should be credited to its reliability and Ferrari’s constant errors in terms of drivers’ mistakes, strategic blunders, and reliability concerns. Charles Leclerc crashed when he was leading in France. Meanwhile, the Monegasque dropped out from the race’s lead to a sixth-place finish in Hungary due to another pit blunder from the Scuderia. Ferrari still has the fastest car and has secured the most pole positions this season. However, they have failed to capitalize on those opportunities due to frequent mistakes, allowing Red Bull to take a substantial 97-point lead in the constructors’ rankings.

Evidently, Mercedes have struggled to catch up with Red Bull and Ferrari since the start of the season. However, the right-time constructors’ champions have come good in their last five races. Lewis Hamilton has secured five consecutive podiums with two straight P2 finishes. As a result, the Silver Arrows find themselves just 30 points behind Ferarri for second place in the championship. The German outfit may not win the constructors’ title this year, but their progress has taken them closer more than ever to the Scuderia.

Ferrari’s Looming Reliability Concerns Could Lose Them The Second Spot

Ferrari has struggled with a number of mechanical issues affecting its reliability. Charles has retired three times from the lead of the race. Sainz was also forced to retire in Hungary after his car caught fire during the race. Apparently, the mistakes in terms of strategy have also cost Ferrari some crucial points in the championship.

On the other hand, Mercedes have had just one DNF so far in 26 race starts. Russell retired during the opening moments of the British Grand Prix after colliding with Zhou Guanyu. The Silver Arrows have had the most reliable car so far and have managed to finish every single race without facing any mechanical issues. Thus, it would be interesting to see if Ferrari comeback strong after the mid-season break.

Charles is still hopeful about his chances of winning the championship. However, he would be on Verstappen and Red Bull’s mercy to keep his championship hopes alive. Meanwhile, Mercedes will put a great deal of pressure behind them, hoping the Scuderia to make more mistakes ahead.

Share. Facebook Twitter Pinterest LinkedIn Tumblr Email
Previous ArticleThe Big Contracts Yankees Failed To Get Rid Of During The MLB Trade Deadline! Who Are They?
Next Article Mattia Binotto Doesn’t Feel Ferrari Needs To Change Their Approach For The Second Half of The 2022 F1 Championship!