Do Lakers Fans Want Them To Make The Play-In Game In A Nightmare 2021-22 Season? 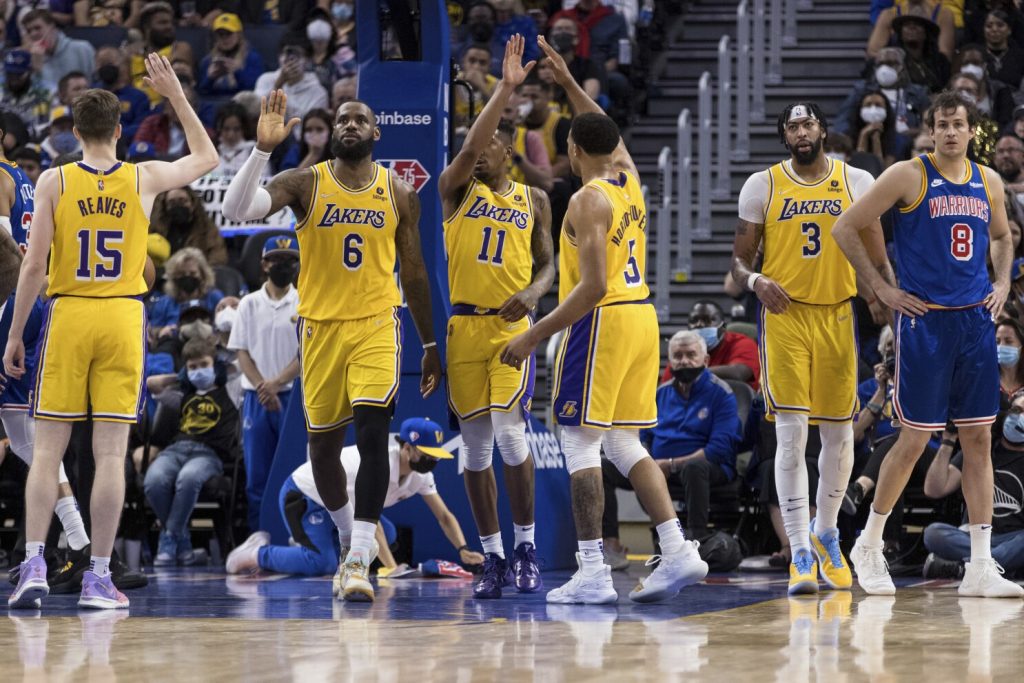 The Lakers fans have seen their team go through one of the most upsetting seasons this year. The LA fans gathered with high hopes this season with giants like Anthony Davis and LeBron James on their side. However, the team has not been able to perform up to the expectations either due to a lapse in form or severe injury concerns. Anthony Davis has been out of the court for the Lakers since mid-February. His absence has certainly been missed by the team and the Lakers fans.

Although LeBron did step up his game averaging a sensation 32points per game in his last 12 games since Anthony’s injury. However, he has not been able to take his team to consistent victories in the tournament. With a win against the Cavs on Monday, the lakers now stand at the ninth position with a season record of 31-41. Hence, the disappointing performance for the Lakers gives rise to the debate if the fans really want the Lakers to make it to the play-in tournament.

Can The Lakes Make It To The Play-Ins?

The Lakers are sitting pretty tightly at the ninth position on the Western Conference with ten games left to play. They trail the Clippers by 5 wins while the Pelicans and the Spurs are just behind LA with a deficit of 1 and three wins respectively. LeBron James’ unbelievable performance each game is the only thing that has worked for the Lakers this season. Amidst injuries and underperformance, James has the highest average of 30 points per game this season. He passed Karl Malone to become the second-highest all-time scorer in NBA. Moreover, he also crossed 10,000 points, assists, and rebounds too. He had brilliant games against his former team Clevland at his home.

Hence, although the Lakers have not won any consecutive games since their four-match winning streak between December 31- January 7. The phase also included the Lakers having to face 11 consecutive losses in the season. Thus, with ten games left, it will be interesting to see if the team makes it to the play-ins. Even when they do, they will have to find a way to win each game to keep their playoff hopes alive.

There is a bright possibility that Anthony Davis might be able to return from his foot-strain injury as the play-ins start in April. However, the Lakers have a long list of issues that have affected their play this season and Frank Vogel has not been able to find a solution for it. Winning back-to-back road games to make it to the playoffs seems like a nearly impossible task for the Lakers currently.

Hence the Lakers fans must be thinking how embarrassing it could be to lose in the play-ins against teams like the Timberwolves or the Clippers to bring a horrific season to a close. However, on the bright side, James could turn the game around with a 50 point effort anytime with the form he is in right now. So, play-ins could rub salt in the wounds for the Lakers, fans would still be hoping to see LeBron taking the team as far as he can. The Lakers will play the Philly 76ers this Wednesday