Daniel Ricciardo Claims He Can Win A Race If McLaren Delivers Him A Competitive Car! Nico Rosberg Reckons Lando Norris The Best Of Next Generation! 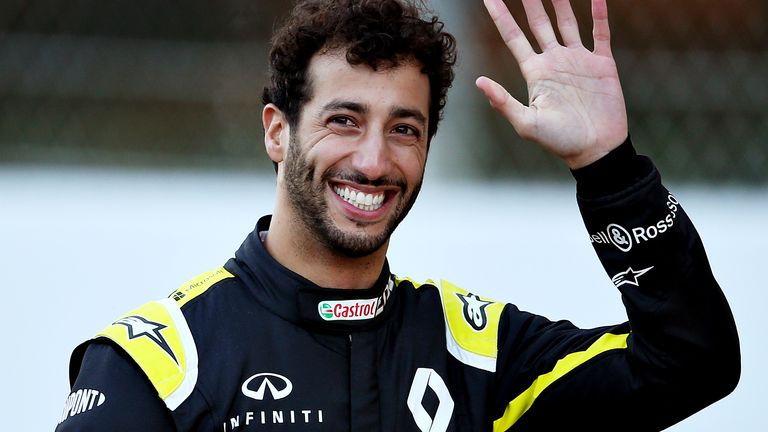 Daniel Ricciardo came to McLaren in 2021 in hopes of turning things around after his successful stint with Red bull. The Australian driver won seven races for Red Bull and clinched his first win for McLaren last year at the Italian Grand Prix. However, the 32-year-old failed to deliver the competitive performance that his team had expected from him. Apart from the win in Monza, Ricciardo has struggled to stay close to his younger teammate Lando Norris in terms of performance.

The McLaren boss Zack Brown earlier stated that Daniel had fallen short of expectations. Meanwhile, his teammate Norris has established himself as the team leader with consistent finishes ahead of the Australian. After a below-average first stint with Mclaren, Ricciardo’s form continued to dip during the 2022 season. He is currently at the 12th spot in the drivers’ standings, with McLaren being the fourth fastest team across the grid.

The lack of performance from Ricciardo led to speculation that McLaren might be considering getting rid of him before the end of his contract. Things got trickier when Brown claimed that Daniel’s contract had a clause that could help the team get out of the contract. Moreover, McLaren also signed the renowned Indycar driver Alex Palou, who joined Colton Herta and Pato O’Ward at the Arrow Mclaren team. Thus, with a new addition to the team, Daniel Ricciardo’s chances of staying at McLaren seemed bleak. However, the Austrian claimed that he is committed to seeing out his contract with McLaren until 2023.

Ricciardo Eager To Get Back To Winning Ways

Talking to Sky Sports F1, Daniel Ricciardo was confident about bouncing back at McLaren. Daniel believed that he could get back to the top of F1 if his team delivered a competitive car. The 32-year-old felt that getting their car right was the challenge that lay ahead of him and his team at McLaren. He added, “Give me a winning car, and I’ll win.”

Daniel revealed that he wants to take on the challenge with his team and figure out the terms of the exchange. He is confident about himself and his abilities to win. “It’s like dancing with a partner and if you’re not in sync, you’re not dancing. You can’t dance,” Ricciardo added.

Nico Rosberg Predicts Lando Norris As The Best Of Next Generation

The 2016 F1 champ Nico Roseberg insisted that the French weekend was quite positive for Ricciardo, who finished ninth, two places behind Norris. Nico stated that his performance was not his best. However, it was another right step to get closer to his teammate in terms of race pace. The German-Finnish driver felt Norris deserved more praise for his impressive performance than Ricciardo’s criticism.

The Briton has been impressive for McLaren since 2019. Norris is currently seventh in the 2022 drivers’ standings behind Lewis Hamilton and is yet to win an F1 race. Nico suggested Lando is driving like a future world champ and should be praised instead of bashing Daniel. The 37-year-old added, “He is one of the best of the next generation and potentially the best.”