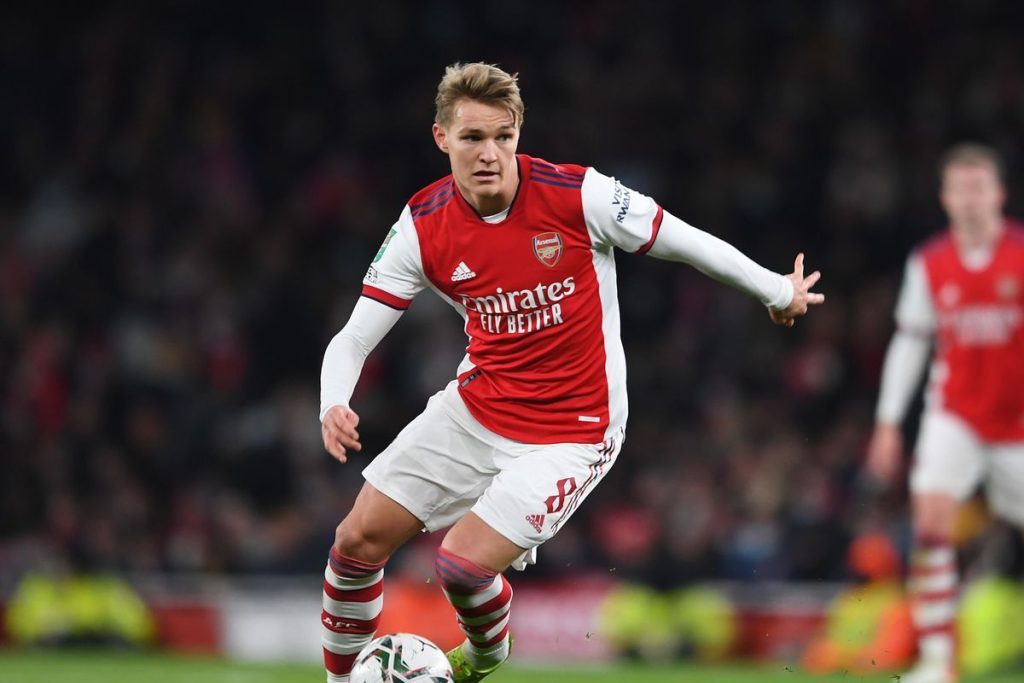 Back in 2015, when Ronaldo was with Real Madrid, he mentioned Martin Odegaard as a player who had the potential to become a great player in the future. The Portuguese superstar said that he saw many players with potential. Talking about Odegaard from Madrid when he was 16, Cristiano described Martin as a young boy who has the potential to grow.

The Manchester United center-forward shared that Martin is a great player and has a good future. Further, Ronaldo pointed out that Martin must be given time to learn and make his best decisions. However, Cristiano saw a lot of potential in Odegaard and felt the Norwegian football player had a good left foot.

Meanwhile, Odegaard started his league football journey with Real Madrid in 2015, when he was 16. However, during the early stages, he failed to leave a mark at the Santiago Bernabeu club. Then young Martin was transferred to Arsenal on a short-term loan in 2021. The Norwegian impressed Mikel Arteta, and he was signed on a permanent contract last summer. The 23-year-old has made 33 appearances for Arsenal in the midfield this season. The attacking midfielder has scored six assists in the Premier League and has worn the captain’s armband for a few weeks.

Odegaard Appointed As The Stand-In Captain For Arsenal:

Martin has been appointed as the stand-in skipper in Alexandre Lacazette’s absence. Some Arsenal fans have been rooting for Odegaard to become the new full-time captain of the Gunners. The young football player has established his leadership in Arsenal’s dressing room after their 2-1 win against Leeds on Sunday. Lacazette is expected to leave the Gunners this summer when his contract will end. Hence, Arteta will need a new full-time skipper going into the Champions League.

Meanwhile, the Gunners manager has shown trust in the 23-year-old during a very tense phase of the season. Therefore, Martin Artea could become the next full-time captain for the Gunners if they qualify for the Champions League. Odegaard’s leadership will be tested when the Gunners play their defining match on Friday against Tottenham.

As per FBREF, Odegaard has shown his playmaking skills with 67 key passes and 122 shot-making actions. Moreover, Martin is averaging 6.3xA(expected assists). Surprisingly, Arsenal got a potential player like Odegaard for just £30million. Martin has shown some great signs this season. Mikel Arteta will look to keep him in the mix for the Champions League plans. Hopefully, the Gunners will finish fourth with just a couple of games left in the Premier League season. Odegaard has certainly proved that Cristiano Ronaldo‘s prediction about him was correct.