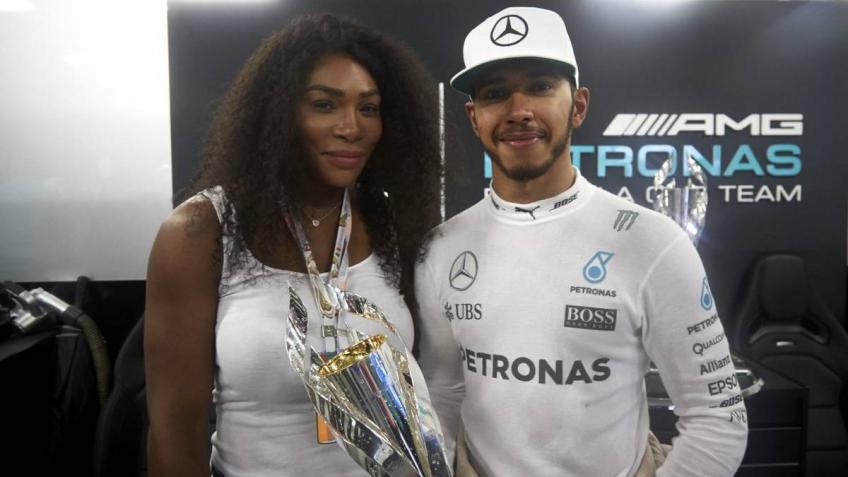 Recently, Chelsea’s owner Roman Abramovich has put his club on sale. Sir Martin Broughton’s consortium is among the final three bids to buy the football club. Martin was the former chairman of Liverpool and British Airways, and he is currently invested in acquiring Chelsea. And recently, the news came out that seven-time F1 world champ Lewis Hamilton and 23-time Grand Slam winner Serena Williams have joined Broughton’s consortium.

The duo is among the most prominent members of the three remaining consortiums. As per SkySports, Williams and Hamilton have contributed £10 million each to Broughton’s bid. Hamilton and William’s team has been in talks with Broughton for several weeks. But the duo finally confirmed their association on Thursday.

The involvement of sporting icons like Hamilton and Williams in Chelseas is a little surprising. Chelsea’s trio of consortiums is uniquely led by British businessmen. And sporting icon Sebastian Coe has been among the ones to provide backing. A source close to Broughton revealed that Hamilton and Williams’ addition to the team was a serious investment decision. Meanwhile, their experience building global sports brands could come in handy in Chelsea’s future.

Lately, the tennis star’s capital fund, Serena Ventures, announced an investment in a British-based sports tech start-up, Opensponsorship. Meanwhile, Lewis recently backed a London-based rapid grocery delivery app called Zapp. The Broughton source pointed out that the duo’s involvement is not the first time a sporting icon invested in a club. NBA legend LeBron James has been a small shareholder in the Liverpool football club for over a decade. Moreover, the source also shared that the diversity of global investors in the Broughton bid generated Hamilton and Williams’ interest.

Lewis Hamilton and Serena Williams have openly advocated the promotion of equality on and off the field. They have contributed to various efforts of numerous discrimination programs.

The equality concern was in focus during the Chelsea deal after the Chicago Cubs owners, the Ricketts family. They had to distance themselves from historical Islamophobic remarks. The family withdrew their offer last week after failing to agree on the final figures of the deal. An insider suggested that Lewis Hamilton could take a formal role in Chelsea’s initiative to promote diversity, equality, and inclusion.

Further, as per the partenrship’s plans, Harris Blitzer Sports & Entertainment would hold a controlling stake in Chelsea. The holding company is led by American private equity billionaires Josh Harris and Dave Blitzer. However, the firm would have to divest its minority holding in Crystal Pala before finalizing the club deal.

Other investors in Broughton’s group include Canada’s Rogers family, who own the media and telecom firm Rogers Communications. The Houston 2026 FIFA World Cup bid committee chair John Arnold and Taiwan’s Tsai family are investing in the bid. In addition, the Tsi family owns the Taipei Fubon Braves and Fubon Guardians baseball teams. Moreover, Broughton’s group of investors seems to be in the best position among the remaining bidders. They will deal with the challenges of owning a football club like Chelsea and rebuilding its Stamford Bridge Home.