Charles Leclerc Claims Ferrari Needs Two Wins To Get Back Into The Championship Battle With Red Bull! 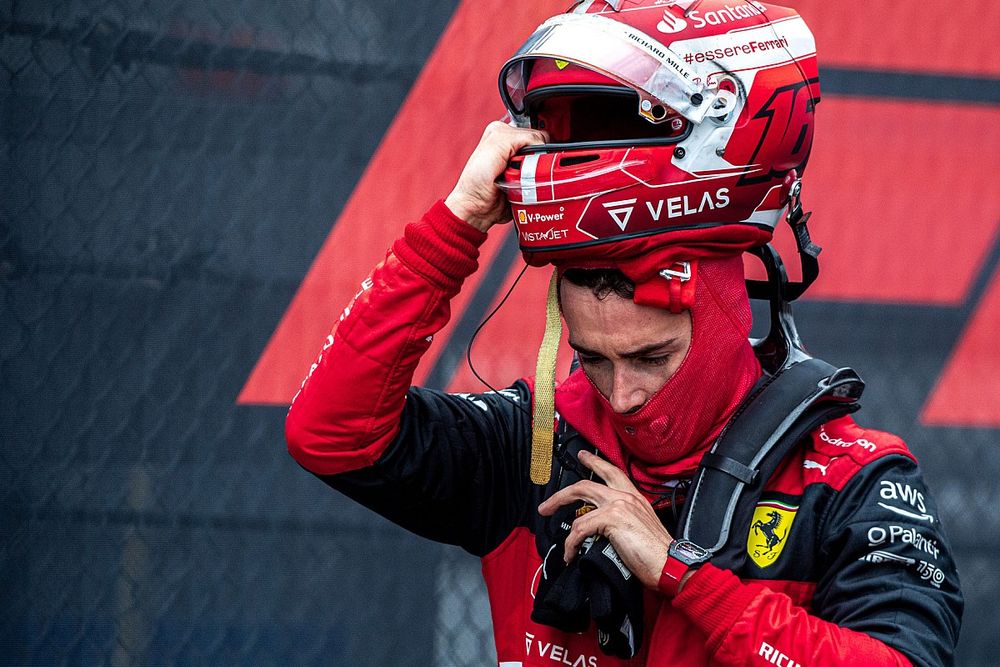 Charles Leclerc started the season magnificently for Ferrari with two wins in the first three Grand Prix races of the 2022 championship in Bahrain and Australia. The Italian racing team and Leclerc took an early lead in the championship, while Red Bull was struggling with reliability issues at the start of the season. However, the Monegasque’s last podium came in Miami, and he has not been able to win any races since then. Leclerc had to face a couple of DNFs in Barcelona and Baku as well.

Moreover, an error from Ferrari dropped him from the front of the grid to a P4 finish in Monaco. After the last retirement in Baku, Leclerc decided to go beyond his quota of power units and was handed a 10-grid place penalty as he started P19 in Montreal. However, the Ferrari driver had an impressive run in Canada as he managed to finish P5 after starting at the back of the grid. However, after witnessing the current positions of the drivers on the points table, many people have written Ferrari and Leclerc off this year’s championship.

However, the Monegasque has not given up on the championship battle just yet. Charles feels that two race wins for his team would bring them back into the championship contention. As we have seen this season, things change pretty quickly in F1. Thus, it is entirely possible that Ferrari will compete with Red Bull for race wins in the upcoming weekends. Leclerc is currently third in the drivers’ standings with 129 points, two race wins, and a podium. He is trailing the reigning world champ by a heft 49 points and would hope to cover the lead during the upcoming weekend in Silverstone.

Ferrari Aims To Win At The British Grand Prix:

During the post-race interview in Montreal, Charles said that his team would start again and Silverstone. Ferrari is aiming to get back into winning ways with a victory at the British GP. Leclerc shared that the championship is long, and the 49-point gap between him and Verstappen could be covered in mere two race wins. Thus, he felt that his team needed to concentrate on themselves. The 24-year-old added, “If we push to the maximum, we have the potential to return to the front.”

Further, Ferrari boss Mattia Binotto is also looking forward to the upcoming battle in Silverstone. The team principal said that the fight was certainly not over as there were a lot of races still left. Binotto continued that his team was focused on the next one and the only UK, but from now until the summer break. In addition, Binotto expected red Bull to bring a new package to Silverstone. He added, “Let’s see what the situation will be there.”