Carlos Alcaraz Smashes John McEnroe’s Most Wins Record In First 100 Career Games! Will The Young Spaniard Win His First Grand Slam At The US Open? 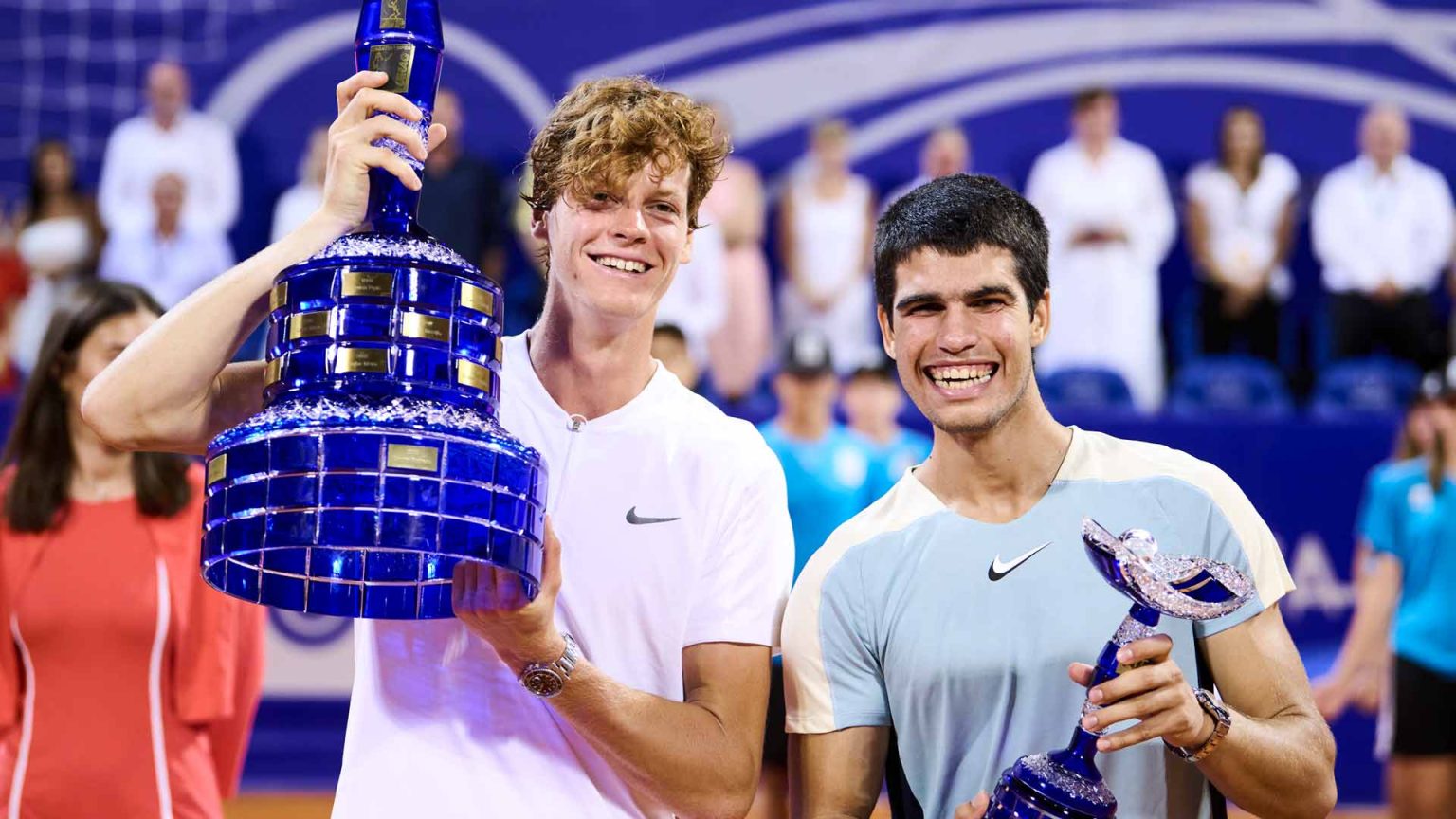 Carlos Alcaraz is one of the most promising rising stars in the world of tennis currently. The 19-year-old has progressed to ATP world no. 4 after reaching the finals of the Croatian Open. Unfortunately, the young Spaniard lost the finals to his fellow next-generation rival Jannik Sinner. However, Carlos has had one of the best seasons of his early career. He has bagged four ATP titles in 2021 and has risen rapidly in the STP rankings. He had also edged over the Big Three, defeating the likes of Roger Federer, Rafael Nadal, and Novak Djokovic.

Earlier in May, Alcaraz beat Rafa and Djokovic in the space of two days to lift the Italian Open title. Recently, the Spaniard has reached another incredible milestone with an array of wins in Croatia. In his first 100 career games, Carlos has won a whopping 75, which is more than any player in the sport’s history. He surpassed 2003 US Open winner Andy Roddick (73 wins) and seven-time Grand Slam champ John McEnroe (72 wins) to achieve the unique feat.

Moreover, Carlos Alcaraz had kicked off his tennis career way better than the big three. Nadal won 66 of his first 100, and Djokovic was victorious in 65 games. Meanwhile, Federer recorded 51-49 in his first 100 career encounters. Apparently, the Big Three is heading towards the final stages of their career, while Carlos has just started out. Thus, the Spanish teenager is all set to become the next big thing in the future, as his best is still yet to come.

Will Carlos Alcaraz Win His First Grand Slam In 2022?

Carlos Alcaraz missed out on his fifth ATP title of the season after losing to his fellow rising star Jannick Sinner. The Italian beat the Spanish teenager by 7-7,6-1,6-1 during the Croatia Open finals. Sinner has beaten Alcaraz twice this year, suggesting a grand rivalry building up between the two next-generation sensations. However, the Spaniard claimed after the defeat that he would find a way to defeat Sinner and commended the Italian for his amazing performance this week. The 19-year-old added, “You did a great job and I wish you good luck for the rest of the season.”

Alcaraz is yet to win his first Grand Slam title. However, he will have an opportunity to clinch his first major title at the US Open. With Djokovic likely to miss out on the tournament, Alcaraz will have to beat Nadal to win his first Grand Slam. He has already aced Rafa once this year, and he would be confident about repeating the feat again at the sport’s greatest stage. Thus, it would be interesting to see if Rafa wins his 23rd Grand Slam or if Carlos Alcaraz bags his first of many more.

Share. Facebook Twitter Pinterest LinkedIn Tumblr Email
Previous ArticleCharles Leclerc Is Set To Get Fiesty Against Max Verstappen In Hopes Of Turning the 2022 F1 Championship Around!
Next Article Erick ten Hag To Bench Ronaldo For The Brighton Encounter After The Portuguese & Other Players Left The Pre-Season Game Early!