Can AARON JUDGE Become The Yankees’ NEW CAPTAIN After Hitting The Historic 61st Homer Of The Season? 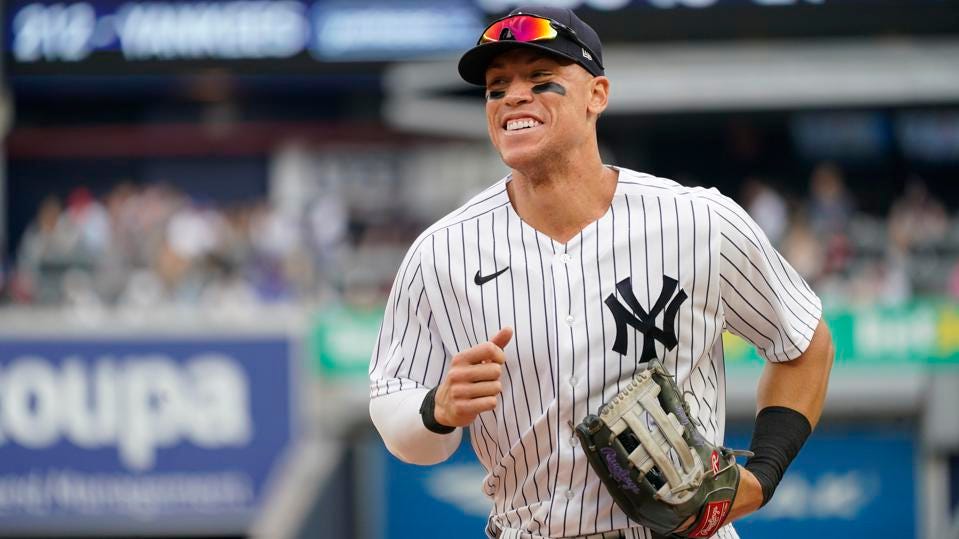 On Wednesday night, in the Yankees game against Toronto Blue Jays, Aaron Judge finally hit his 61st Home run to cross Roger Maris’ mark after going without a home run in seven games. Meanwhile, there are still questions about Judge’s future with the Yankees after the season. However, many are contemplating the possibility could Aaron Judge be the next Yankees captain if he stays with the team after the season ends.

Will Aaron Judge Be The Yankees’ Next Captain?

Captain or not, there is no doubt about the fact that Aaron Judge is a true leader on the Yankees’ side. Many people even consider him the de facto captain of the team. There would be a compelling argument for making it official if he were to sign a lengthy contract extension to stay in pinstripes. Derek Jeter, who served as the team’s captain from June 2003 through 2014. There hasn’t been a Yankees captain since his final season before being inducted into the Hall of Fame.

Previously, during an interview, Aaron Judge was asked what he thinks about being the Yankees’ skipper in the future. Responding to the question Aaron Judge said, “It would be an incredible honor. But I can’t even fathom that to be honest.”

Judge continued by recognizing the contributions that Thurman Munson, Don Mattingly, and Derek Jeter made as leaders and how they influenced the team and the sport. Each wore pinstripes throughout the whole of their careers. As he approaches the last year of his current contract, Judge’s future with the Yankees is up in the air. The slugger doesn’t believe anything would alter if he continued to live in New York and was promoted to captain. On the podcast, Sabathia reaffirmed the idea that he is already regarded as a leader in the locker room.

The seven-game long wait for Aaron Judge and his fans finally ended on Wednesday. New York Yankees slugger finally struck his record-breaking 61st home run in the game against Blue Jays. The slugger hit a record-tying home run at Rogers Centre in the seventh inning against Blue Jays pitcher Tim Mayza. The Yankees defeated the Blue Jays 8-3 thanks to Judge’s two-run home run.

Judge hit his record-breaking home run in the Yankees’ 155th game of the season. Before hitting his HR No. 61, he went seven games without a home run. The Yankees’ slugger is one swing away from breaking the AL record for home runs and moving into the fourth position in Major League Baseball history with at least 62 home runs in a season.