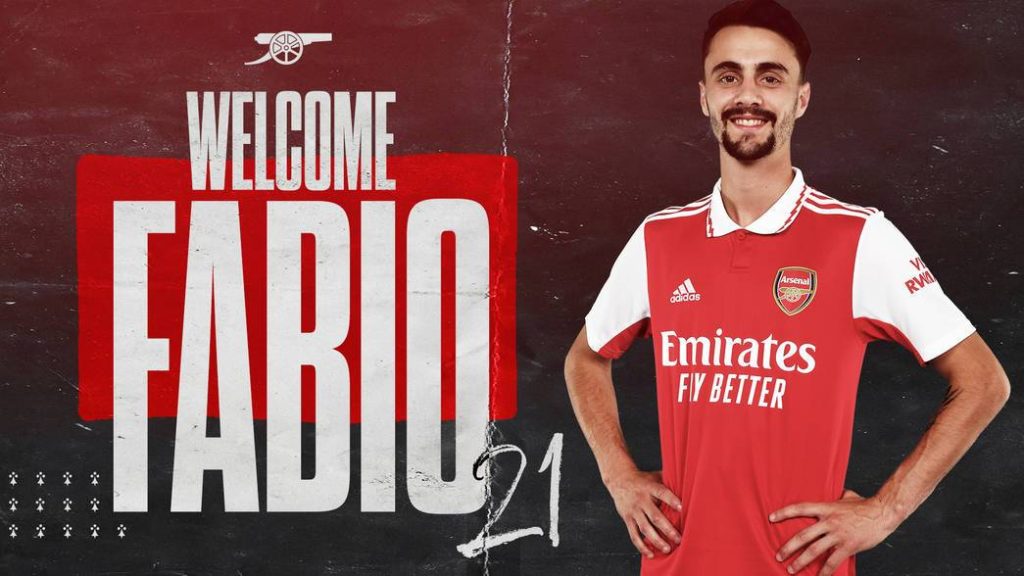 Manchester United’s attacking midfielder Bruno Fernandes has acknowledged Mike Arteta’s decision to acquire Fabio Vieira from Porto. The 22-year-old attacking midfielder is one of the most sensations young footballers in Portugal currently. He is also a member of Portugal’s under-21 football team, scoring 13 goals in 21 appearances at the international level. The Gunners had been in talks with Porto FC and agreed on a £34m long-term deal for Fabio. In addition, the youngster will join the Emirates Club this summer.

Arsenal manager Mikel Arteta was thrilled with Vieira’s addition to the team as the team’s third signing this summer. The Spanish manager was excited that the Gunners had identified and signed a special talent like Fabio. He stated that Vieira is a creative player who will bring quality and versatility to the team’s attacking play. He welcomed Fabio and his family to the Arsenal club. Mikel was looking forward to working with the youngster ahead of a new season.

Recently, Manchester United’s Bruno Fernandez applauded Vieira’s move to the premier league. The United talisman said that he welcomes all Portuguese players who choose to go abroad and play. The 27-year-old hoped that Fabio would shine to the fullest, except against Bruno.

Moreover, Fernandes pointed out that Vieira has demonstrated a lot of quality for Porto FC and during the Under-21s, which is backed by good numbers and performances. Bruno wished that Fabio would succeed like all the Portuguese players in the league. He added, “We have to start valuing what is ours and I hope Fabio manages to be as good as possible, despite wanting to stay ahead.”

Nicolas Pepe’s future at Arsenal football club is quite uncertain. The gunners have reportedly agreed on the winger’s departure this summer after falling out of favor under Arteta. Thus, with all the parties agreed on the 27-year-old’s future, the Gunners are looking for possible replacements for Pepe. Moreover, as per the Press Association, Arsenal will offload Pepe as the technical director Edu pursues Leed United’s winger Ralphina.

Elsewhere, Mikel Arteta was eyeing a Youri Tielemans transfer from Leicester City after the Gunner signed Gabriel Jesus. The 25-year-old midfielder had been heavily linked with the Gunners recently. But, a move on the Belgian has not been made yet. Moreover, with Vieira’s arrival from Porto, Arsenal’s interest in Tielemans has cooled down. Thus, the midfielder is likely to sign a one-year extension deal with Leicester.