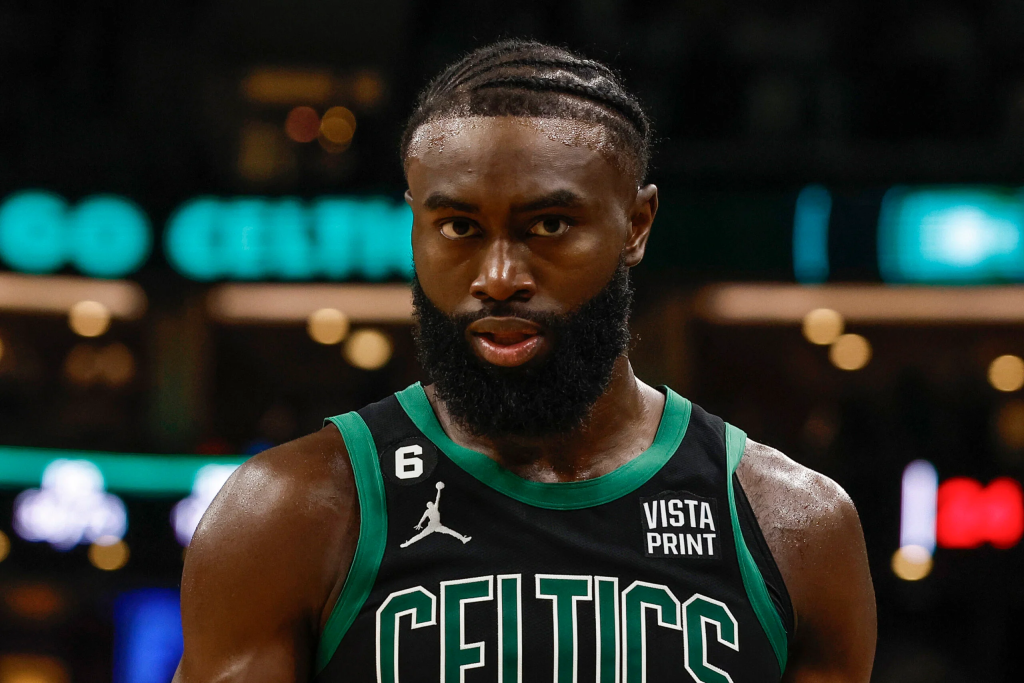 The Boston Celtics are undoubtedly the best-performing team in the ongoing 2022 season of the NBA. With 21 wins and just seven defeats, the Celtics are reigning at the top of the western conference. And the main reason behind Boston’s success in the season has been the performance of Jaylen Brown and Jayson Tatum. Looks like Brown has somewhat used a different approach to achieve the heights. So, what is the reason behind the Celtics’ success? Keep reading to find out.

Jaylen Brown Is Not Complaining To The Refs Anymore!

The Celtics and the NBA as a whole have frequently complained to officials during games, but Jaylen Brown says he’s attempting to improve his approach. There are several players in the league that have a reputation for whining to the officials often. And several Celtics players from the current or previous seasons are included in this. However, Brown stated that this season, he is working to improve that aspect of himself.

Brown revealed that he paid special attention to not complaining to the referee in the current season. According to the Celtics’ ace, there’s no point in complaining when he knows that it is not going to change anything. However, he makes sure to inform the referee if he sees something that he should note. But occasionally, problems with the officials still exist.

The Celtics once again lost their composure throughout Monday’s defeat to the Clippers. The Clippers were finally able to take advantage of the unhappy C’s due to a couple of dubious calls. Brown had a miserable Monday since he was flagged for fouls throughout most of the game. He committed his third foul when the second quarter was still 7:58 from ending. Brown was compelled to leave the court as a result after fouling Nicolas Batum after giving the ball over.

Last night, Coach Joe Mazzulla of the Boston Celtics started his starting lineup despite his team being blown out in the middle of the fourth quarter with no prospect of a comeback. He has occasionally done it this season when it could be advantageous in the long run to give the rotation guys a little bit more time to recuperate.

However, Mazzulla’s precise question to the players about whether they wanted to continue attempting the comeback is in his favor. The bench wasn’t brought into the game until 3:16 remained. This is because, according to Jayson Tatum, they all wanted to play through the loss to the Clippers on Monday.

The understanding of facing the Celtics at that point in a shaky comeback effort is undoubtedly up for discussion. But the additional runs that the rookie coach gave his players were welcomed. To end their back-to-back, the squad play a vital game against the Lakers on Tuesday at Crypto.com Arena. In addition, the Celtics had just completed a lengthy, six-game road trip that involved a lot of driving.